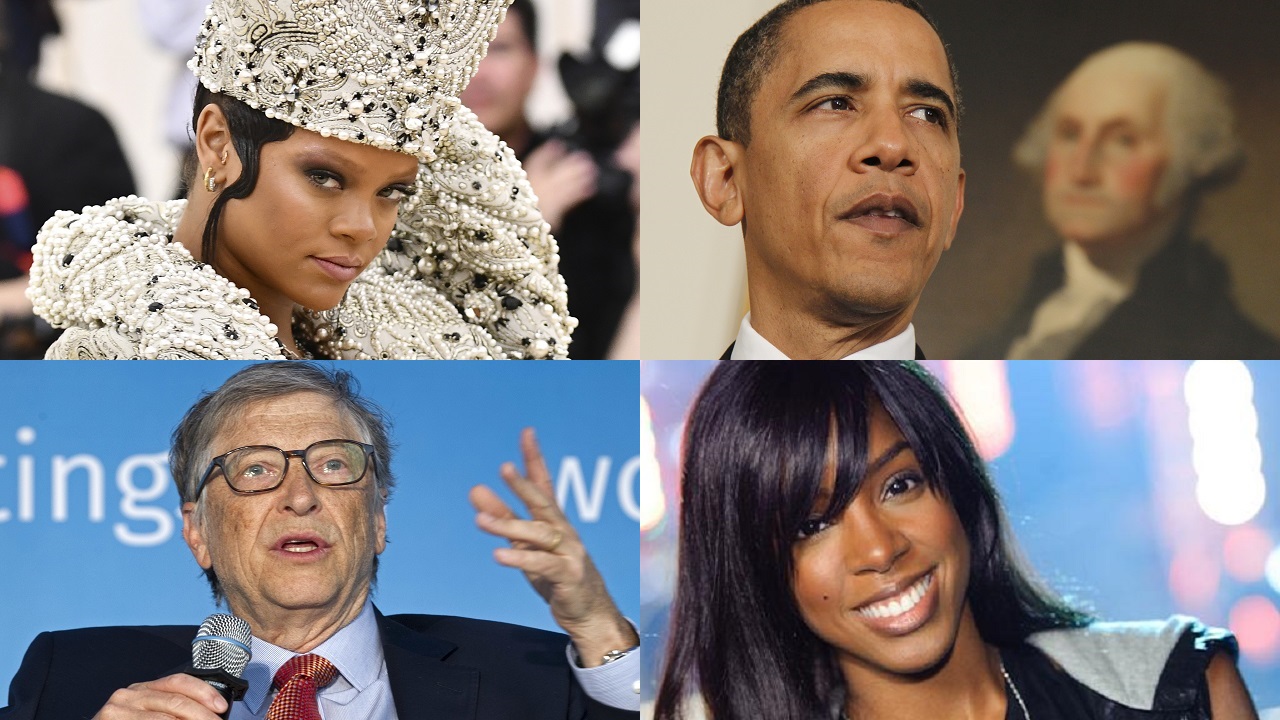 Basketball star Michael Jordan, on Twitter on 13 May 2012: “My mother is my root, my foundation. She planted the seed that the ability to achieve starts in your mind.”

Singer Rihanna, on Instagram on 12 May 2013, to her mother: "You showed me real strength, how to be independent, how to love and be loved, not to judge people or their situations, how to forgive, how to learn from every mistake I make, how to be hospitable, how to do my makeup, cook, clean, not to lower my standards for anything or anyone.”

Microsoft founder Bill Gates, in an address to Harvard in 2007: My mother… never stopped pressing me to do more for others. A few days before my wedding, she hosted a bridal event at which she read aloud a letter about marriage… My mother was very ill with cancer at the time, but she saw one more opportunity to deliver her message, and at the close of the letter she said: ‘From those to whom much is given, much is expected.’”

Barack Obama, in his weekly address on 7 May 2016: “Through deeds that match our words, let’s give mothers the respect they deserve, give all women the equality they deserve, and give all parents the support they need in their most important roles.”

Harry Potter author, billionaire and philanthropist JK Rowling, in a blog post for Gingerbread on 27 May 2017: “I would say to any single parent currently feeling the weight of stereotype or stigmatisation that I am prouder of my years as a single mother than of any other part of my life.”

Destiny’s Child member Kelly Rowland, who lost her mother in December 2014, in an Instagram post on 15 May 2017 with a picture of her mother and grandmother: “If I stopped for even one moment yesterday, it would've been the moment I thought about you and I would've lost it. Today, I let some fall cause I simply miss you! Mothers' Day was always fun! This one was one of our best memories! You, Gran-Gran, @lala,@csurillo, and myself all out on the boat chillin! I will never forget that day!”

Oscar-winning actress Lupita Nyong'o, to Glamour magazine in November 2014: "My mother taught me that there are more valuable ways to achieve beauty than just through your external features. She was focused on compassion and respect, and those are the things that ended up translating to me as beauty."

Former US Secretary of State Condoleezza Rice, in an undated interview with CBN: “I was president of the family from very young. I think I was about four when I was first elected. You see, we didn’t have term limits. I knew that my mother was going to vote for me every time. I wasn’t so sure about my father, but it was a secret ballot so it didn’t matter.”

Crime and horror writer Stephen King, in an interview with Parade in May 2013: “I grew up in a house where we didn’t have a TV until I was 10. We couldn’t afford one… Books were what we had and the radio. My mother was a reader, and she read to us. She read us Dr Jekyll and Mr Hyde when I was six and my brother was eight; I never forgot it.”

Treats, gifts and gestures: Mother's Day ideas from around the web