You cannot but love Jamaica, says outgoing US chargé d’affaires 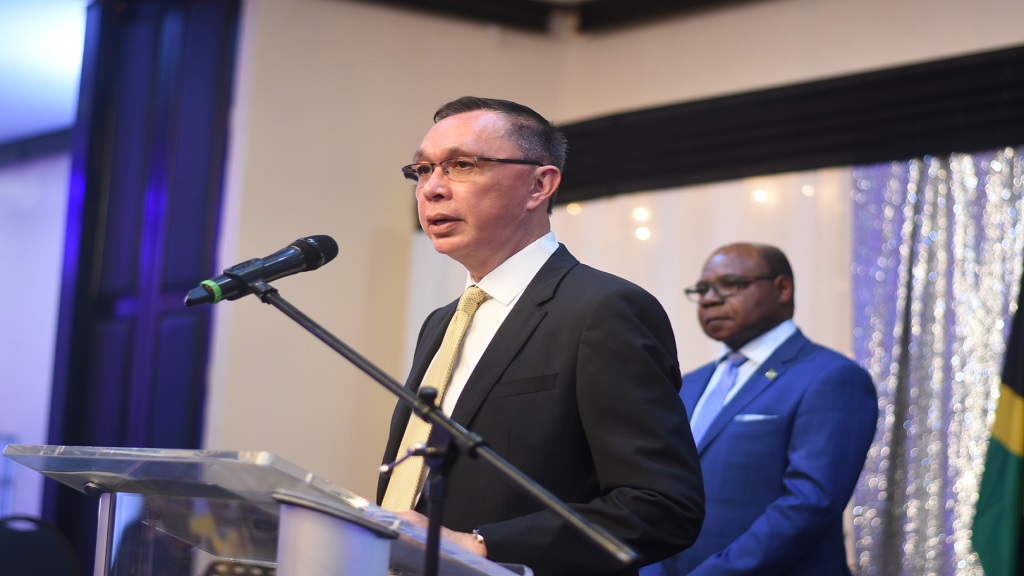 United States of America (USA) Chargé d’Affaires to Jamaica, Eric Khant, is scheduled to leave Jamaica shortly, but will take with him lingering memories of his interactions with residents of the island.

According to Khant, both he and his wife Halima will miss the warmth that was shown by Jamaicans and the friendliness they encountered while serving on the island.

Khant has served as Chargè d'Affaires at the embassy since June 30, 2017. Before that, he was Deputy Chief of Mission from August 2, 2016.

In an interview with Loop News reporter Job Nelson, Khant said: "My experience here was just fantastic. You cannot but love Jamaica. I mean the culture is vibrant, the people are just fantastic, and we have strong people-to-people ties, which is actually the centre of our bilateral relationships. So we enjoyed every second of our stay here.

"Our most memorable experiences always include meeting people in different parts of Jamaica and knowing how the US and Jamaica go back in history. How much we get to know each other. Getting to know Jamaica’s culture with the base, where it all came from, has been one of the most worthy experiences that we had.

"The most striking culture difference for us is how open Jamaican people are. We will be walking down the street and running into strangers asking, 'Hey, where are you from? How do you like our country?' and inviting you to whatever they are having. It doesn’t matter if they are rich or poor, they will open up to you.

"I really would like to see people who don’t know Jamaica to see that part of Jamaica, not just beautiful beaches. Jamaica is a lot more than beautiful beaches, jerk chicken and great rum, although I am a fan of all three."

He said his wife has satisfied a yearning to come to Jamaica as she has been a fan of reggae superstar, Bob Marley who is popular in home country of Morocco.

He said her stay has enabled her to see the island in other ways than being just about reggae, as after meeting and getting to know the Jamaican people, she fell in love with the island while having a great time.

According to Khant, one aspect of his stay that he has been disappointed with is not having learnt more of the Jamaican dialect. He said he learnt a little, like "Wha a gwaan?"

He added: "That’s one thing that we could have done a little bit better. We could have done a bit more learning the local dialect, but the problem was, as soon as people started talking to us, they switched to standard English, so that didn’t give us too many opportunities to learn."

Meanwhile, Khant regards his best achievement while on the island as being able to increase trade between the USA and Jamaica by 22 per cent to US$3 billion between 2017 and 2018.

He is hoping that more USA companies will invest in Jamaica, as "Jamaica is a wonderful place to invest".