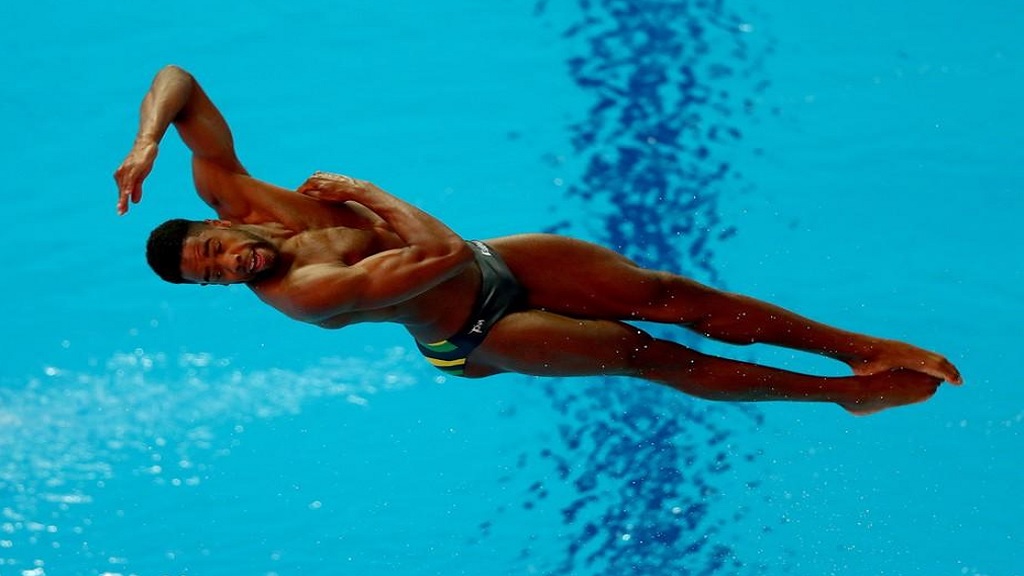 Jamaican diver Yona Knight-Wisdom continues to create quite a splash in the pool as was underlined by his 10th place finish in the 1m springboard on Sunday in his first-ever FINA World Championships final.

He had previously competed at three FINA Championships but had failed to reach the finals on each occasion.

The 18th edition of the FINA World Championships is being held in Gwangju, Korea.

Speaking after his 10th place finish, Knight-Wisdom said: “I could have been a little sharper... which would have resulted in a higher finish. However, I achieved a season’s best score in the final and improved my preliminary score by about 16 points so I am content with my performance and the final outcome.”

He scored 371.90 points, improving on the 354.30 which he scored in the preliminary round of the competition.

The 1m springboard was won by China’s Zongyuan Wang with a score of 440.25 while Mexico’s Rommel Pacheco Marrufo moved up two places from his preliminary round placing to snatch the silver medal from the second Chinese competitor with a score of 420.15.

Knight-Wisdom is not only the lone Jamaican diver at the championships; he is also the only diver from among the CARIFTA territories participating in the diving competition at the event.

The Jamaican Olympian will next be in action on Wednesday morning when he will participate in the preliminaries of the 3m springboard, his much-preferred event.

He shared his thoughts about his upcoming event: “The pool here in Gwangju is excellent and I’ve enjoyed diving in it. There will be some exciting competitions here for sure.  I’m not going into the 3m event with expectations, but I will be aiming for a consistent set of dives in the preliminaries which will hopefully be enough to get me through to the semi-final. My goal is to qualify for the final, but I must overcome the first hurdle before thinking about that.”

The other two divers in the 1m springboard final from the region were Briadan Herrera of the United States who placed 6th with a score of 399.90 and Rafael Quintero Diaz of Puerto Rico who finished 11th with a final score of 360.80 points.

The swimming competition will start on July 21 and Jamaica will be represented by three swimmers - Alia Atkinson, Keanan Dols, and Michael Gunning.