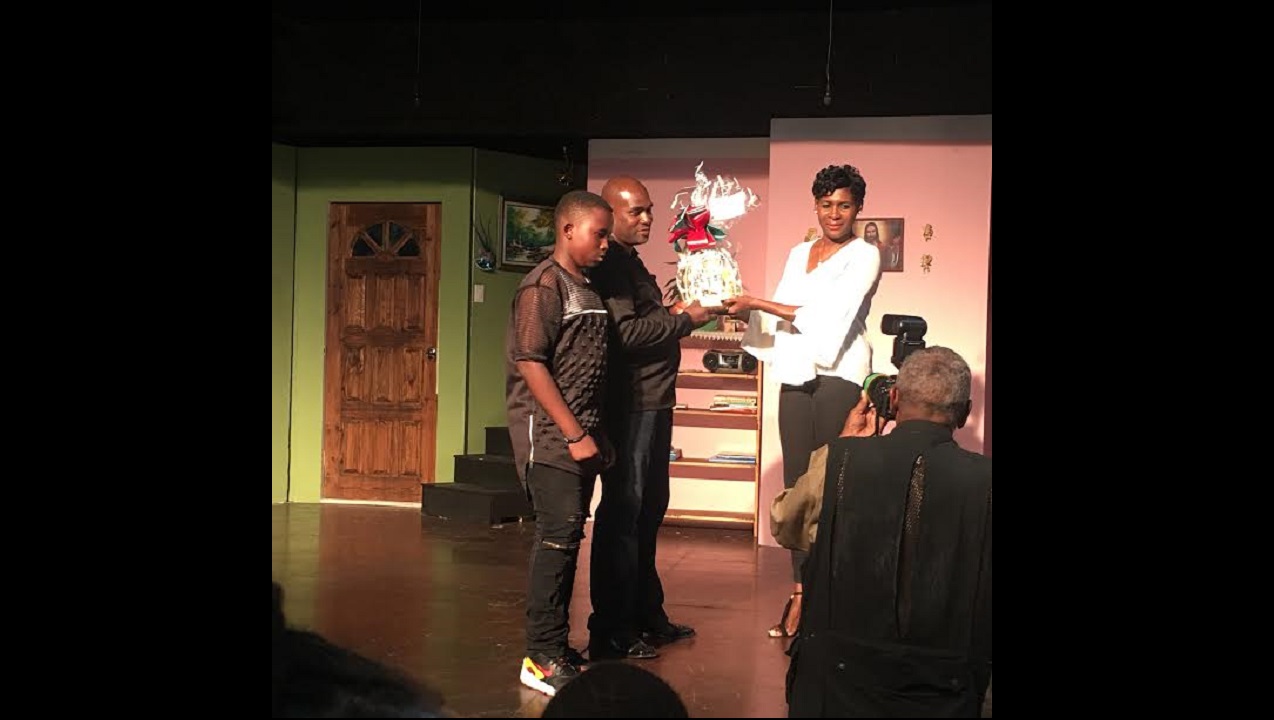 A father collects a gift during intermission on Sunday.

Iris “Terri” Salmon's Yard Empire in collaboration with veteran playwright David Tulloch on Sunday hosted a special Father’s Day treat which brought out dads from several inner city communities, among others, to watch a theatrical production entitled Wine and Roses.

Many of the fathers were accompanied by their children, as they collected their gift items along with words of encouragement, during the show’s 15-minute intermission.

Brand Manager for Nupak, Joy Bennett, who presented the gift baskets,  used the opportunity to share the importance of fathers in the household, noting that it was important to place greater emphasis on fatherhood and celebrating fathers.

She said, while Mother’s Day was a big deal for Jamaicans, fathers and Father’s Day were often neglected.

It's a sentiment echoed by Salmon, who told Loop News that she is hopeful that the Father's Day event at the theatre will become a calendar event, stressing the need to highlight and recognize the very important role that fathers play in the society.

“This event will be a Calendar event, because we believe and know that a father is important in the family structure and it is  very much missing. We are again beginning to highlight fathers and placing greater emphasis on fathers,” said Salmon.

Tulloch noted that his hit play was fitting for the occasion as it highlighted the important roles that dads play in Jamaican households, particularly some of the social ills that can result when fathers aren’t playing those roles.

Wine and Roses will return in July and August.