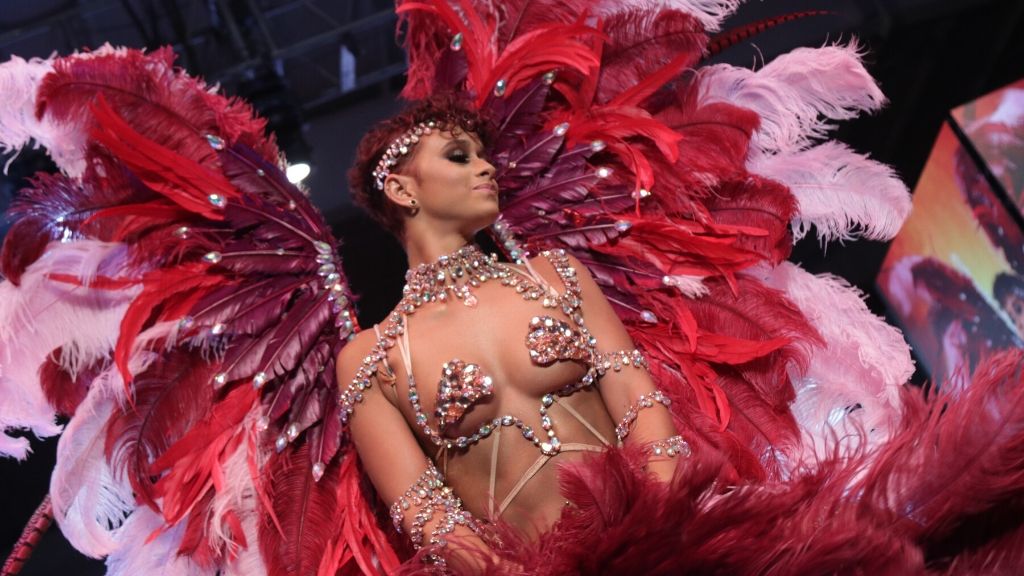 “Be prepared for a light show,” they said. “It’s gonna be epic,” they said. And, boy did Xaymaca International put on a show!

Expectations were high as Xaymaca International was last out the gate with the 2020 Carnival costume presentations.

But, Playlist was exceptional.

Check the gallery below for a visual representation.

The idea to fuse pop hits with each of the 15 costumes presented was sheer perfection and an equally good marketing tool.

Many patrons were able to reference a costume by the hit song that accompanied same.

Truly admirable as well was the inclusivity of the costumes on show.

Playlist included exquisite male and female costumes in a range of sizes, fit for any and everybody.

The National Arena was at capacity by the time the first model appeared in Phoenix by Trini designer Shawn Dhanraj.

Considering the recent Sunday Service in Kingston, was it by coincidence that Playlist opened and closed with the with Shawn Dhanraj designs inspired by Kanye West's Power and Runaway hits?

The gorge blush ombre backpack with feathers that trailed into plush green tails was a great opening piece.

Up next was Roar, a design by another Trinidadian Rhion Romany that defined animalistic with a clear leopard reference.

Both pieces set the tone for the costumes next in line.

It was quite impressive the way dancers entertained patrons at intervals and the brilliant light show in between.

With all the buzz around carnival 2020, which band are you jumping with?