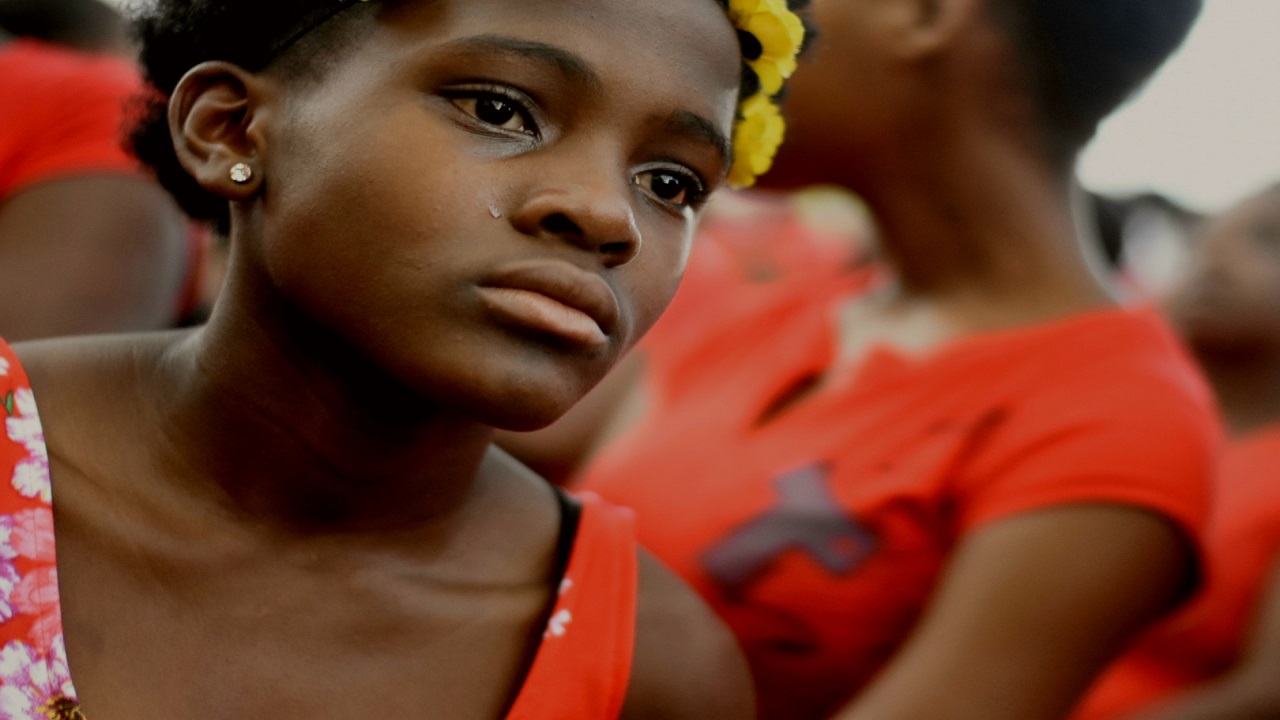 The 12th Street section of Arnett Gardens in South St Andrew came together in unison on Wednesday evening and drew hundreds in support from other sections of the community and even outsiders to show disgust at the brutal rape and murder of 14-year-old Yetanya Francis.

The tragedy was discovered last Friday, hours after the child went missing on Thursday night.

Among those who gathered for the vigil and march through the community on Wednesday evening were friends, family and members of Yetanya's school, Kingston Technical High, who all expressed shock at her death.

Yetanya, otherwise called 'Princess', was raped last Friday and killed, with her nude body being set ablaze by her attackers close to her home on 12th Street.

The dastardly act has been a rallying call for Jamaicans, with the leaders of the island's two main political parties, the governing Jamaica Labour Party (JLP) and the Opposition People's National Party (PNP), both condemning the killing.

She who would later join Prime Minister and leader of the JLP, Andrew Holness at Jamaica House, as both leaders showed their support for her amidst the tragedy.

However, it was ordinary Jamaicans who showed up mostly in red who lit up the otherwise somber Wednesday evening as they trekked through various sections of the community, chanting prayers interjected with devotional hymns that were led from a jeep fitted with loudspeakers.

A wisp of cloud that spattered a sprinkling of rain just as the hundreds gathered to take to the roads cooled the evening's atmosphere to more bearable levels, and although the temperature rose again during the march, the heat was quickly dismissed by the gathering among the cry, "Enough is enough".

Among those who were in the crowd was Ernest Donaldson, Principal of Kingston Technical, who said the school family has been devastated by the loss of a very promising student who sat the City and Guilds Level One examination and got a distinction in one unit, and a merit in another.

Donaldson said: "We had our senior staff meeting on Monday and teachers were really grieving. School is not the same. The mood is very somber, and it's just the general talk of how gruesome and how brutal this kind of death is. It is really affecting teachers seriously on a whole.

"Then teachers were in touch with students, because students kept calling because, in other words, many of our students were in denial that it really happened, so they are calling for confirmation, despite the information they have been getting through the media," Donaldson said.

He said Yetanya was an active member of the Kingston Technical fraternity, although being quiet and humble in demeanour.

Similar sentiments were expressed by her form teacher, Teresa Bennett, who said she is still trying to come to terms with Yetanya's death. Bennett said she believes she is still processing the information as she has not cried as yet.

Quizzed by Loop News reporter, Job Nelson about Yetanya's character, Bennett said: "I usually tell people from my subject perspective, because she is my form student, but I also taught her Spanish, and Spanish is not one of the best subjects to teach, and she usually gives you motivation to continue pushing, because she is always trying.

"I have never seen her with a smirk or with any sad look on her face. She is a pleasant girl. I have not heard one bad thing about her. It is just wrong; that's all I will say. Wrong, wrong, wrong!" Bennett said.

"I am still right now in a state of shock. Tears haven't stopped flowing, not only about her death, but how she died," Chen said.

Friend Gabriel Neil, who is from the Jones Town section of Arnett Gardens, and also played on Kingston Technical's junior netball team with Yetanya, said she will miss her in a number of ways.

Neil, who shed tears while participating in the vigil, said: "She was our netball captain and we were supposed to be going in the same grade in September. So it really means a lot, because she is not here.

"She is very smart. She is a very nice friend. I still don't think she is dead, because she was always around us; now she is not here. She is a good netball player because she is the captain of the team. She either played goal attack or goal defence.

"Our last conversation was when she said she was going to come and look for me during the summer, and now that won't happen," Neil said.

For community members, 21-year-old Atardo Henry - who lives a few blocks from Yetanya and where the killing took place - and Kadine Johnson, who works in the area, they hope the march will send a positive signal to the community, which oftentimes is plagued by violence.

Henry said: "I believe it is a very tragic situation, mostly because it is so close to home. So even though I didn't know the young lady that died personally, it reached me a certain way, because it could have been somebody who I know. It could have even been me, so it is a very hard hit for me.

Johnson said: "I think it was a good action by the community members and I liked the support. The members actually came out to march for the death of the young lady, so it is a really good thing. At least they are all coming together to show that they are standing against what happened to her, and they are against such actions."