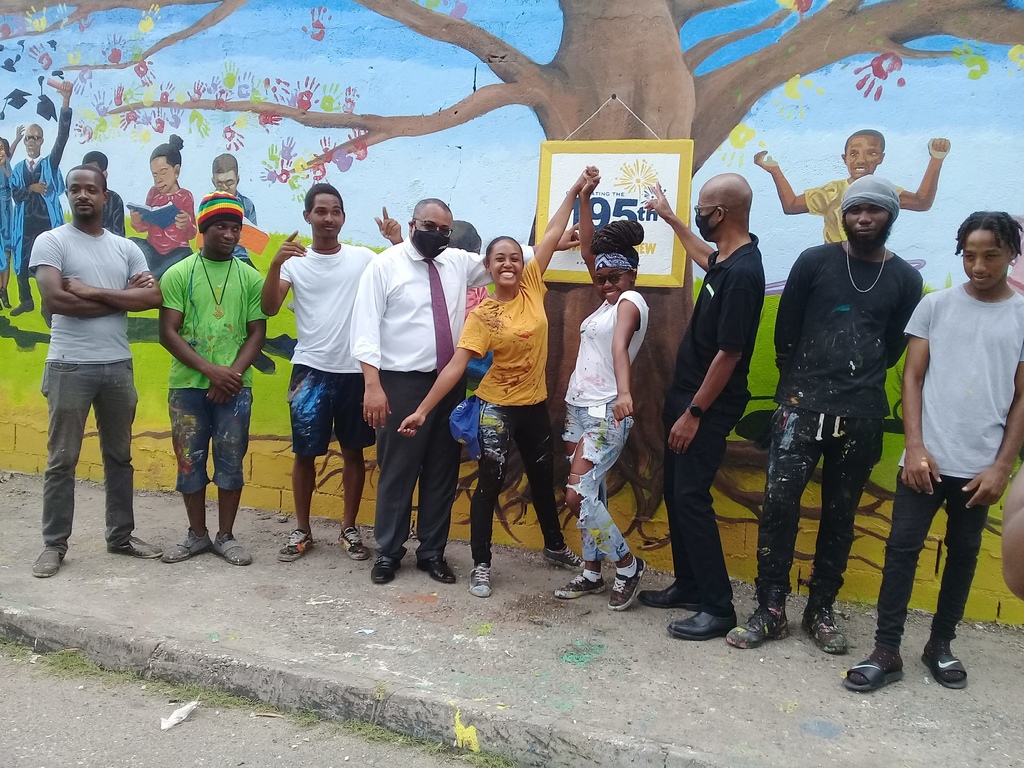 The mural was a combined effort by Wray and Nephew, Edna Manley College of the Visual and Performing Arts and residents of Waterhouse. (Photos: Job Nelson)

J Wray and Nephew recently unveiled a mural at its Spanish Town entrance, to uplift and beautify its surrounding communities.

The rum distiller used a wall on its property that runs along Henley Road in Waterhouse for the artwork, which depicts sports, family, and community bars.

The final product was a combined effort by J Wray and Nephew, Edna Manley College of the Visual and Performing Arts and residents of Waterhouse.

It is also a part of Wray and Nephew’s effort to celebrate 195 years of existence in Jamaica.

According to J Wray and Nephew chairman, Clement ‘Jimmy’ Lawrence, the company embarked on the project, despite being severely affected by the coronavirus (COVID-19) pandemic.

“We have demonstrated that we are a part of this community and we are very proud and very happy about the work that we have done over many years. We are immersed in this, as we don’t just talk about it, we do it," he said.

“When there are issues we want to have good, objective engagement and we want to support in the ways that we can. We do that in several ways. Our foundation does a huge body of work in the community in improving the lives of the people.”

Tanikie McClarthy Allen, senior director for public affairs and sustainability added: “We wanted to show, how we have been integrating into all spheres and all aspects of life. We wanted to show the things that weren’t obvious.”

Anthony Hylton, Member of Parliament for West St Andrew, where both Wray and Nephew and Waterhouse are situated, said the mural is just as important as the many different projects that the company does for the community.

“This, simple as it may appear, is of equivalent value (as scholarships) because this in a real sense, captures the spirit of the community, the aspirations of so many community persons,” Hylton said. 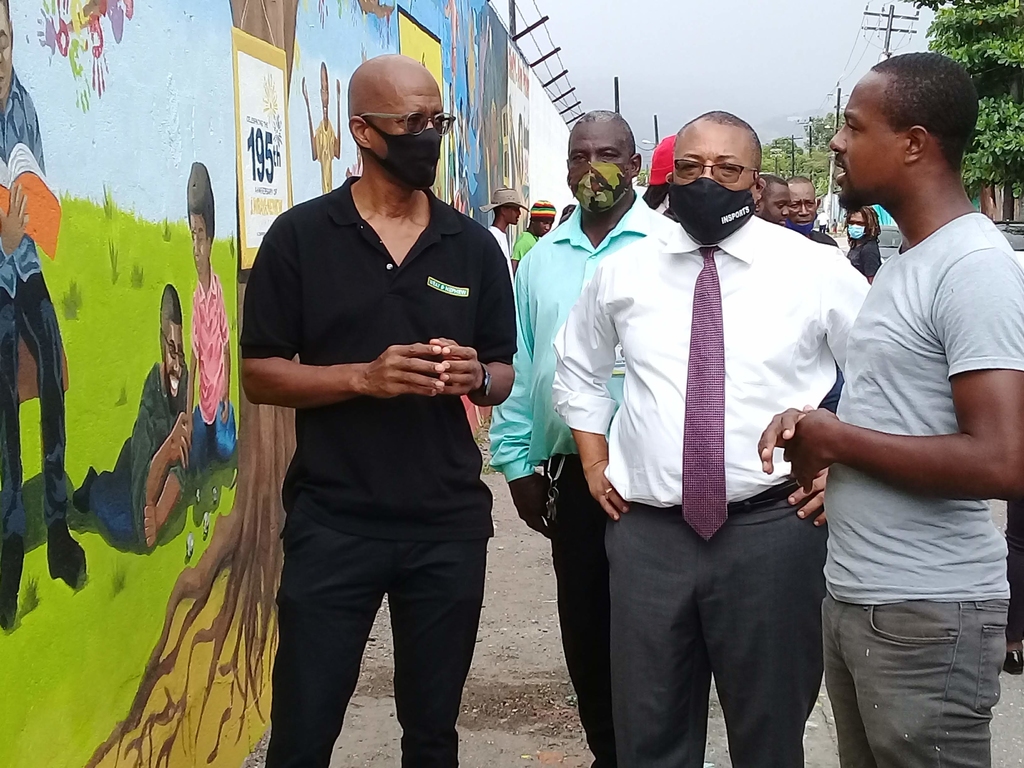 Miriam Hinds-Smith, Dean of the School of Visual Arts at Edna Manley said the students got the opportunity to include aspects of the Black Lives Matter movement, which engulfed the world since black American George Floyd was killed in May during a police interaction.

She said the students wanted the artwork to be core to individuals in the community to be able to identify themselves positively in the mural, with the ‘tree of life’, which is at the centre, representing Wray and Nephew and the many branches of work done for the community.

“It is multifaceted, multi-layered narrative that represents many people, many stories and many cultural natural things within the community that is relatable. It is a beautiful thing for the members of the community to be able to see themselves in the mural,” Hinds-Smith said.

Students who participated in the artwork were drawn from different year groups at Edna Manley. The mural as completed in approximately two weeks, with final touches being done on Tuesday during the unveiling.

Community member, Dave Brown, who also serves as president of the S-Corner Youth Development Foundation, believes the mural is a welcomed work of art for Waterhouse. He said the mural will help to reduce the stigma attached to the community.

“We will try to cherish it to the best of our ability and to see to it that no one destroys it, but cherish it and have it has a legacy,” he said.

Brown added: “This is the entrance of Waterhouse and people coming into Waterhouse won’t stigmatise Waterhouse as how they used to. They will say that Waterhouse is a beautiful place,” Brown said.