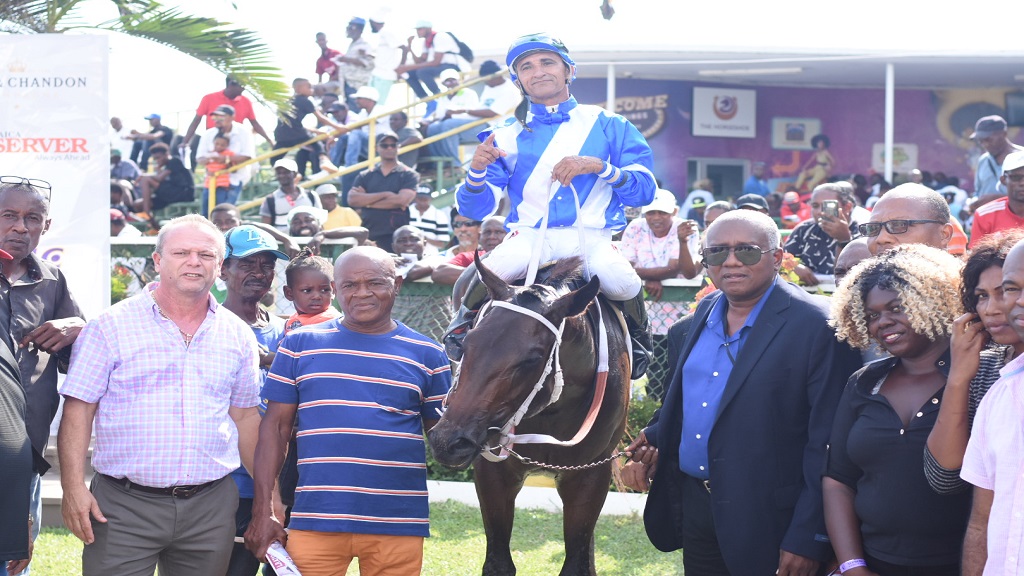 WOW WOW, with veteran Panamanian jockey Ameth Robles, lowered the 1:25.1 mark held jointly by The Real Stream and Princess Popstar, and is now unbeaten in seven consecutive races after sprinting away from the field four and a half furlongs out to win by five lengths at Caymanas Park.

WOW WOW is on target to sweep the Supreme Ventures Limited Two-Year-Old Series, which opened with the Cash Pot Trophy in October and ends with the Jamaica Two-Year-Old Stakes at a mile on Boxing Day, December 26.

The three-race series offers a bonus $1m to WOW WOW for a sweep, which he has qualified for, having come under the hammer at the annual Yearling Sale last November.

Nunes won the third event at five furlongs straight with speedy ADONIS, who completed back-to-back winners for Dane Nelson. He also won the 10th race with 2-1 choice BRUCE WAYNE at six and a half furlongs.

Racing resumes this weekend with back-to-back meets, Friday and Saturday.