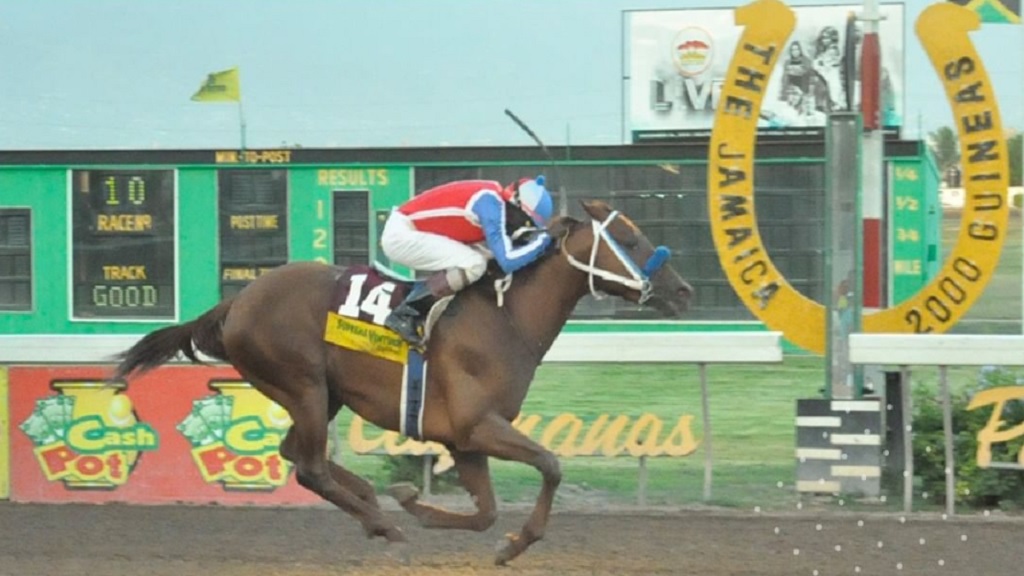 A file picture of Triple Crown winner, SUPREME SOUL who won the Mark My Word Trophy.

Hunting a third straight win, ENGLAND'S ROSE left the gate fast with Omar Walker and opened up on the lead but shortened badly when challenged by WOW WOW two and a half furlongs out.

WOW WOW, running at odds of 9-5 and administered lasix for the first time, tracked and swept past ENGLAND'S ROSE coming off the home turn, clocking 1:05.1 for a 10-length win under Panamanian Ameth Robles.

ENGLAND'S ROSE, a full sister to 2017 Horse of the Year, weakened badly in the stretch run, securing second by only a neck ahead of stablemate TOMOHAWK.

Subratie'S 9-5 favourite, RACHEL'S GRACE, turned back SUPER AMIA and stayed on to thwart late-running DEEP BLUE SEA at five furlongs round in the eighth race.

Meanwhile, leading trainer Anthony Nunes, on course for his first trainers' title, ticked off an eighth straight win with Triple Crown winner, SUPREME SOUL, who outstayed SUPERLUMINAL, to land the Mark My Word Trophy at nine furlongs and 25 yards.

Uncle Frank upstages I Am Di One in Saint Cecelia Cup