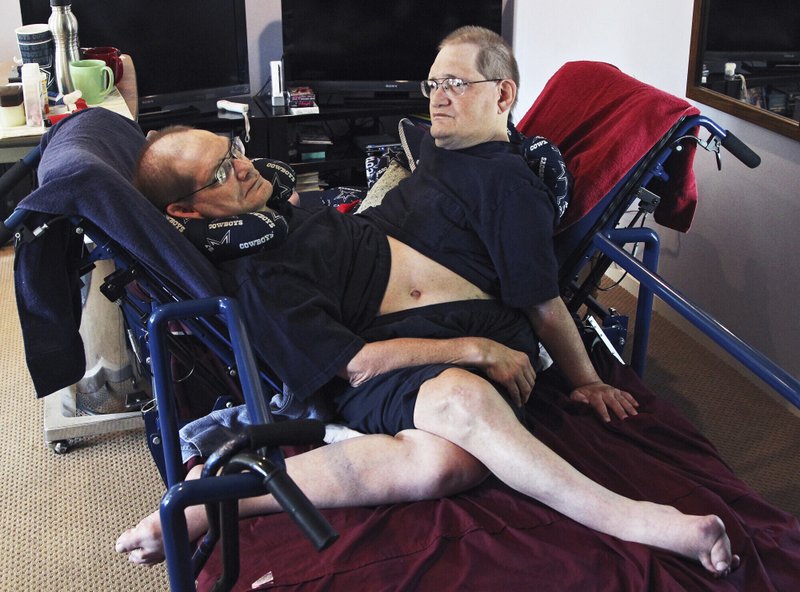 The world’s longest-surviving conjoined twins died July 4 at the age of 68.

Ronnie and Donnie Galyon, of Beavercreek, Ohio, were born joined at the abdomen on October 28, 1951.

In 2014, the brothers earned the distinction of being the world’s oldest set of conjoined twins shortly before their 63rd birthday.

WATCH THIS 2010 DOCUMENTARY WITH THE GALYON TWINS.

The WHIO – a CBS-affiliated television station licensed to Dayton, Ohio – reported that the two died in hospice care in Dayton, according to their brother Jim Galyon.

The Montgomery County coroner said their deaths were due to natural causes.

Starting as children, the brothers appeared in carnivals and circuses as a sideshow attraction.

Jim Gaylon told Mlive that their income supported their family for years.

TLC aired a documentary about the men in 2010.

The film, World's Oldest Conjoined Twins Move Home - Going or Staying followed the duo as they recovered from a near-fatal health scare in 2009.

The brothers retired from entertaining in 1991 and lived alone until 2010 when health problems prompted them to move in with family members.

The Dayton community raised funds and helped renovate their new home to allow the brothers to navigate in a custom wheelchair, the Dayton Daily News reported.