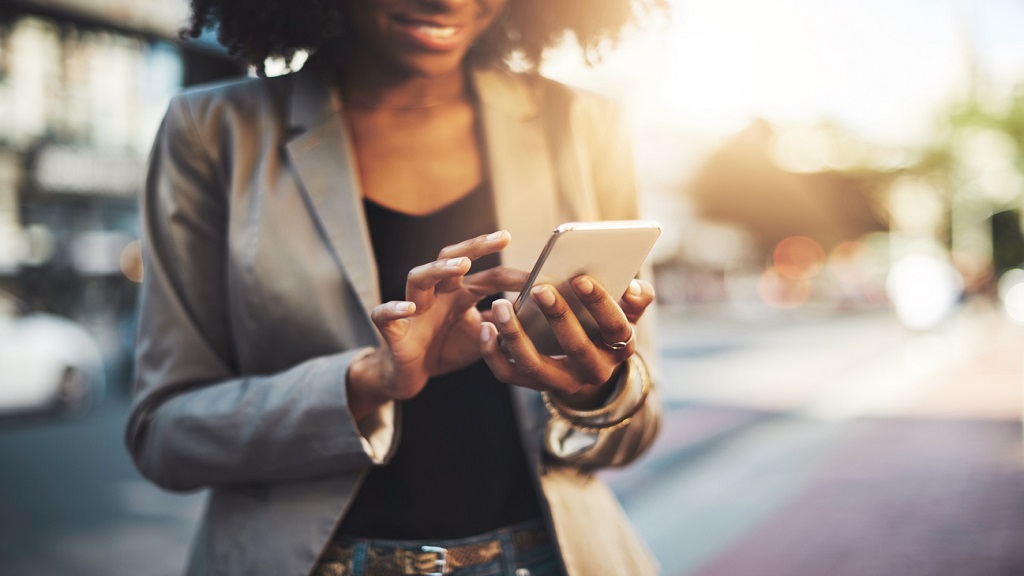 iStock photo of a businesswoman using a cellphone in the city.

Jamaica, like the rest of the globe, is observing World Telecommunication and Information Society Day (WTISD), amid a pandemic that has forced billions of people to shelter in place, devastated the global economy and left millions in the ranks of the unemployed.

The day is being observed under the theme: ‘Connect 2030: ICTs for the Sustainable Development Goals’.

Digicel is among the telecommunications providers that are ensuring people remain connected while being socially distant during the coronavirus crisis. And the communication leader’s Head of Public Relations, Elon Parkinson is using the occasion to highlight the importance of technology to all areas of daily life – from food, to education and commerce.

“COVID-19 has opened up a lot of digital opportunities, not only for users of the technology but also for providers of goods and services,” Parkinson told Loop News.

He noted that in Jamaica, up to three months ago, ordering certain fast foods using the Internet was a figment of one’s imagination.

“Now you tap an app, you place your order, you wait at home for about 30 or 45 minutes and the next thing you know your favourite fast food is at your door,” said Parkinson.

The public relations manager also noted that other institutions such as banks, insurance companies and businesses of all sizes are increasingly providing digital options to their customers and consumers at large, as they seek to “engage, attract or to inform”.

“We’re also seeing, right before our very eyes, that the face of education is also changing,” he stated.

Parkinson acknowledged that digital and virtual learning protocols and platforms have existed for some time, in particular at the tertiary level and to a much lesser extent at the secondary school level. However, he highlighted that there has been nothing on the scale now seen, as a result of the COVID-19 crisis. Schools and teachers’ colleges have been shuttered since March 13 as part of the Government’s efforts to limit the spread of the coronavirus on the island, forcing these institutions to move their teaching platforms online overnight. 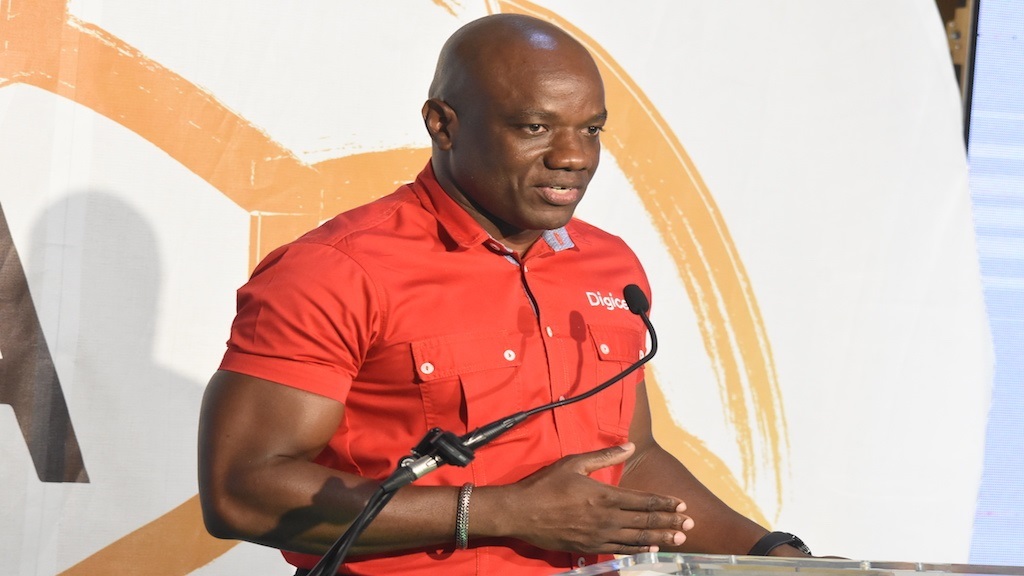 Parkinson... We are people connecting people to their digital future.

Said Parkinson: “Now that all have to come into the virtual space, forced by the restrictions that COVID-19 has necessarily caused, we’re now seeing where people have to take a different approach towards learning. We’re seeing the benefits of it and we’re also seeing where opportunities are coming up to make it better”.

Parkinson mused that the current reality is a shock to the system.

“When you consider that persons who were quite comfortable with a particular routine of getting dressed and going to school, now find that school is merely a few feet away as you now go to your laptop, desk top computer or tablet to access your classes online,” Parkinson said.

He said there are pertinent questions being raised about how, as a country, we operationalise these portals. And, he said Digicel stands ready to provide answers.

“As a provider of essential services, we have a duty of care to keep our network running no matter what. Indeed, at a time like this, our services could not be more vital or needed. That said, we are taking this situation very seriously, and doing everything we can to prepare our business and prepare ourselves,” he said.

It is to this end that Parkinson said that the Caribbean’s leading communications provider is committed to extending the technology to the most hard to reach parts of Jamaica to ensure that no one is left behind.

“One of the things that we have to look at is the availability of the technology because …a lot of people are being left behind because of the digital divide.

“For us at Digicel, what we’ve been doing over the years is to bridge that gap through technology investments including the proliferation of superfast LTE (Long Term Evolution),” Parkinson said.

He noted that while no one could have anticipated the current coronavirus situation, Digicel would have, unwittingly, been preparing itself.

“Because we have been on a mission to deliver 100 per cent internet penetration in Jamaica within the shortest time possible. Of course, the upshot of that mission is to bridge the digital divide,” he said, noting that Digicel has introduced LTE technology to all 14 parishes of the island. 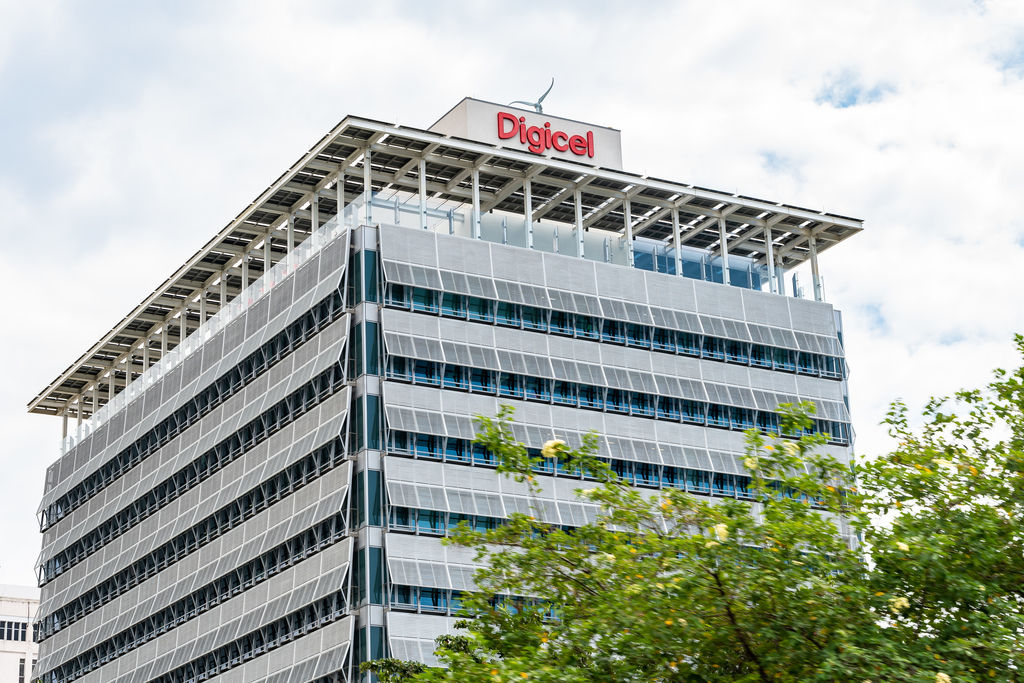 “Having done so, our goal now is to get into the deeper reaches of these rural areas in particular, to build out the technology and reach our 100 per cent penetration goal,” he added.

The public relations head points out that Digicel’s use of LTE technology is backed up by its fast-speed fibre technology which is already available in Kingston and St Andrew and parts of St Catherine. It delivers data speed of up to 400 mbps to the home.

“This is especially needed and especially vital during this time when people have to stay close but of course remain socially distant,” said Parkinson.

“What we’ve seen so far is as a result of the investment in LTE and the expansion that we’ve been able to make, we have been able to contribute significantly to the ways in which people are able to connect through the internet and avail themselves of e-learning opportunities, virtual learning connectivity like never before and ecommerce connectivity as well”.

World Telecommunication Day has been celebrated annually on 17 May since 1969. The date marks the anniversary of the founding of ITU on 17 May 1865, when the first International Telegraph Convention was signed in Paris. In 1973, the event was formally instituted at the ITU Plenipotentiary Conference in Malaga-Torremolinos, Spain. Every year a topical theme is chosen and events celebrating that theme take place around the world.

The purpose of WTISD is to help raise awareness of the possibilities that the use of the Internet and other information and communication technologies (ICT) can bring to societies and economies, as well as of ways to bridge the digital divide.

'Together We Stand' telethon raises $50 million for COVID-19 fight