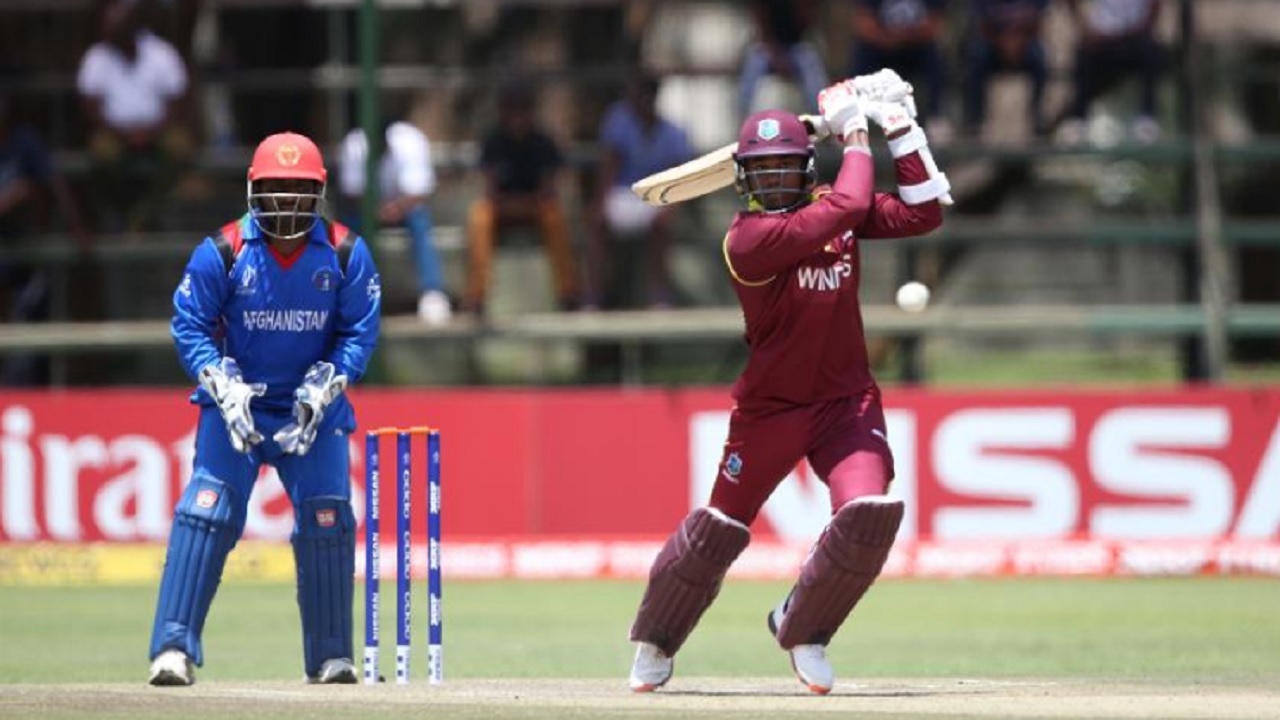 West Indies suffered a shock three-wicket defeat against Afghanistan in their Super Six match of the ICC Cricket World Cup Qualifier in Harare on Thursday.

Afghanistan entered the Super Six stage  knowing they needed to win their next three matches to stand any chance of progressing to the main event next summer. And the first stage of that mission is complete with the victory.

It was the first defeat of the tournament for West Indies, who have been replaced atop the Super Six table by Scotland, who defeated United Arab Emirates (UAE) by 73 runs in Bulawayo.

Opener Matthew Cross' 114 and 78 from Calum MacLeod set Scotland up for a daunting 322 for six  and UAE fell well short with only Muhammad Usman (80) and Ahmed Raza (50) offering much hope.

The much-vaunted Afghan spinners were the architects of the victory, restricting West Indies to 197 for eight on what looked a good batting track, with the teenage spinner Mujeeb Ur Rahman (3-33) continuing his rapid rise to stardom.

Nonetheless, the Windies will feel they should have won the match, but ultimately paid the price for several dropped catches and missed run-out opportunities.

Despite the early loss of their openers, Afghanistan looked to have the run chase under control with Rahmat Shah and Mohammad Nabi patiently compiling 49 for the fourth wicket to take them to 132 for three, but Jason Holder's dismissal of the latter opened the door for the Windies.

Nabi, sensing an opportunity to find a vital boundary, took on a short delivery from the Windies captain but Shimron Hetmyer dived forward to take a stunning catch just inside the mid-wicket boundary.

It was Holder's 100th ODI wicket, making him the fastest West Indian to reach the milestone of 100 wickets and 1,000 runs in the 50-over format.

West Indies further tightened the screw when Shah, who had batted so impressively for his 68 from 109 deliveries, played a loose cut stroke to Ashley Nurse and Keemo Paul took a simple catch at point. It left the match in the balance, with Afghanistan requiring 44 runs from 57 balls.

Najibullah Zadran partially eased the pressure by hitting 13 runs in Nurse's next over but then guided the ball into the hands of Nikita Miller at third man off the bowling of Paul (2-29), as the Afghans continued to suffer from poor shot selection.

Then came a pivotal moment in the match, as Rovman Powell dropped a regulation chance at third-man off Carlos Brathwaite to give Rashid Khan a reprieve.

The drama wasn't over, with Powell clinging on to another opportunity in the deep to dismiss Gulbadin Naib and leave Afghanistan seven wickets down, but Rashid and Sharafuddin Ashraf held their nerve, the latter hitting the winning boundary with 14 balls to spare.

Earlier in the day the Afghanistan spin attack, led by Mujeeb, had run rings around the Windies after Holder had won the toss and elected to bat.

The two-time ICC Cricket World Cup winners suffered an early blow as Chris Gayle fell cheaply – bowled for just one by a fizzing Mujeeb googly – and they were unable to string together significant partnerships throughout their innings.

Evin Lewis tried to steady the innings with Hetmyer, sharing 34-run stand for the second wicket, but Hetmyer became Nabi’s 100th ODI victim when the veteran off-spinner trapped him lbw for 15. Nabi (2/43) is the first Afghanistan cricketer to reach the milestone.

The next over saw the dismissal of Lewis, who was casual in trying to steal a single and paid the price as Najibullah's direct hit sent him back for a 37-ball 27.

Windies were struggling at 53 for three when Marlon Samuels stepped in and lifted the gloom somewhat. He took the side past 100 with the help of Shai Hope, before falling in the 31st over as Nabi returned to put an end to his 64-ball stay for 36.

The onus was now on Hope and Holder to help take their side to a respectable total and they played their part with a 50-run stand before the Windies skipper was dismissed by Mujeeb after making a brisk 28 with two fours and a six.

Mujeeb also brought about Hope's demise, dismissing the Windies keeper for 43 from 94 deliveries – an innings which included no boundaries, exemplifying the excellence of Afghanistan's attack.

Rashid then chipped in with the scalp of Rovman Powell (3), while Sharafuddin had Brathwaite (4) walking back. Nurse (10*) and debutant Paul (16*) did their bit towards the end to take Windies close to 200 but fell just short, leaving Afghanistan a target within their reach.