World Cup euphoria kicks in as Jamaicans rep their teams 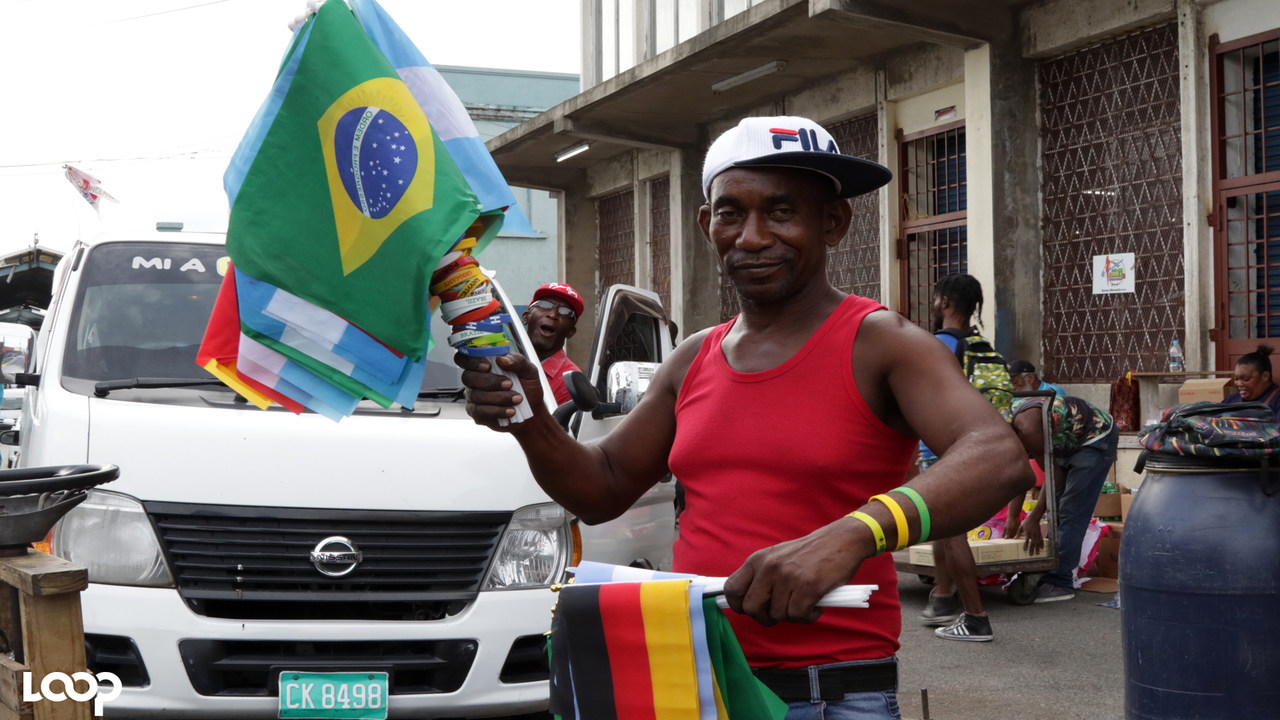 Downtown Kingston vendor Oswald Green displays his flags for sale on Tuesday evening ahead of the start of the World Cup. (PHOTOS: Ramon Lindsay)

The Corporate Area has been transformed into a sea of colours as Jamaicans show support for their ‘adopted countries’ ahead of the World Cup, the football tournament widely regarded as the greatest international sporting event.

Flags representing each of the countries participating in the event, set to begin on Thursday, are on full display and the air is filled with anticipation.

The streets and corners of the commercial district are a buzz with football fever.

In some areas, the regular chatter about goods and services have been replaced by heated discussions between members of the public, vendors and formal business operators about which team will take home the trophy that is made of 18 karat gold.

“This year, my team can’t lose, it’s definitely our year to take it home,” shouted a female who made it known that on Thursday she will be decked out in her full Argentina gears.

The woman had ventured into the heart of the country’s capital city to purchase items but, like so many others, got caught up in the excitement.

Some residents have gone as far as to draw imaginary battle lines and taken to various street corners to display the colours for the team they will be supporting at the much-anticipated event.

With the excitement, the World Cup brings a welcomed distraction in some of the most volatile sections of the Corporate Area. The standoffs that are expected over the next month, tit for tat conversations aimed at bragging rights, are of a different kind than the violent ones usually on display.

In one such incident on Tuesday, a vendor selling his wares along Beckford Street couldn’t resist the urge to wave his large Brazilian flag for those who were passing to see.

Some vendors did not take kindly to the display and seconds later were seen jovially running to the area with miniature flags to show their country of choice.

In a district where minor disagreements often lead to bloodshed, the power of sport in bringing people together is once again on full display.