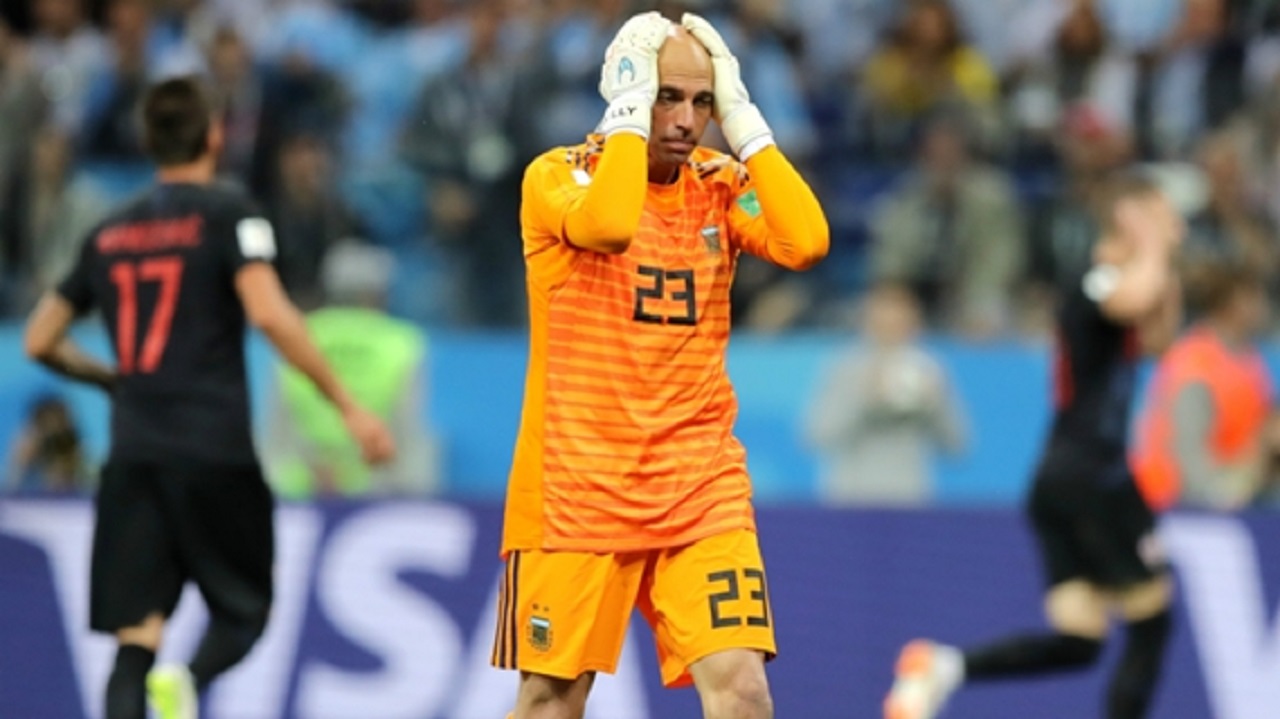 Willy Caballero reacts after his mistake against Croatia.

Lionel Messi and his Argentina teammates are on the verge of World Cup elimination. Croatia is moving on.

Argentina was handily beaten by Croatia 3-0, a loss that makes advancement very difficult with only one group match remaining. It was Argentina's worst loss in group play in 60 years.

Messi, who turns 31 on Sunday, failed to get even one shot off against Croatia on Thursday, five days after he missed a penalty in the team's opening 1-1 draw against Iceland.

Croatia frustrated Argentina throughout the match and never gave Messi space to operate.

The humiliating loss came in humiliating fashion for one of soccer's most storied nations.

Argentina goalkeeper Wilfredo Caballero miss-kicked a clearance and Croatia defender Ante Rebic recovered the ball before sending it into the net in the 53rd minute.

Luka Modric scored another with a hooking shot in the 80th and Ivan Rakitic added the third in stoppage time.

Croatia advanced to the round of 16 with six points from two games in Group D. Argentina has only one point and will next face Nigeria on Tuesday in St. Petersburg.

Argentina has won two World Cups — the last in 1986 — but has not won any major title in 25 years. It lost the World Cup final to Germany four years ago in Brazil.

It worst loss in group play came in a 6-1 defeat against Czechoslovakia in 1958.

Croatia, a 1998 World Cup semifinalist, reached the knockout stage for only the second time.

Neymar not being put at risk by Brazil, says Tite