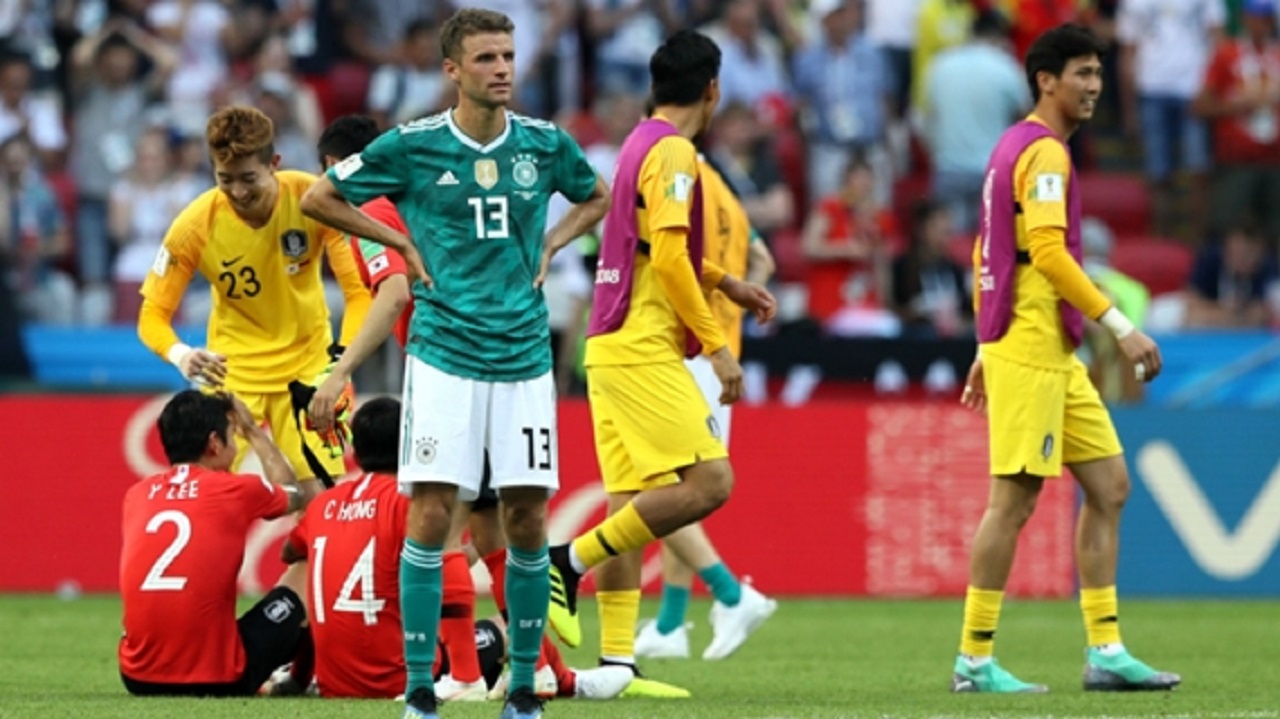 Germany's Thomas Muller reacts to their loss to South Korea.

Joachim Low said it would be "premature" to discuss his future as Germany coach so soon after their shock World Cup exit.

The defending champions were incredibly beaten 2-0 by South Korea in Kazan on Wednesday, leaving them bottom of Group F as Sweden and Mexico advanced.

Low extended his deal with the German Football Association until 2022 last month, and team manager Oliver Bierhoff said he expects him to remain in his position despite Die Mannschaft falling at the opening stage of a World Cup for the first time since 1938.

When asked if he was the right man to continue leading the national team, Low said: "It's hard to say just now, it takes a couple of hours to look into that.

"I'm shocked because we didn't manage to pull it off, to beat Korea, we lost. It was my impression that the team were under pressure because the match of Sweden was at the same time. We really had the impression the team wanted to go forward.

"How we go on from here, we want to talk about it calmly, it'd be premature to say something now.

"It'll take a few hours for me to come to terms with it. I'm incredibly disappointed and we will talk about it calmly."