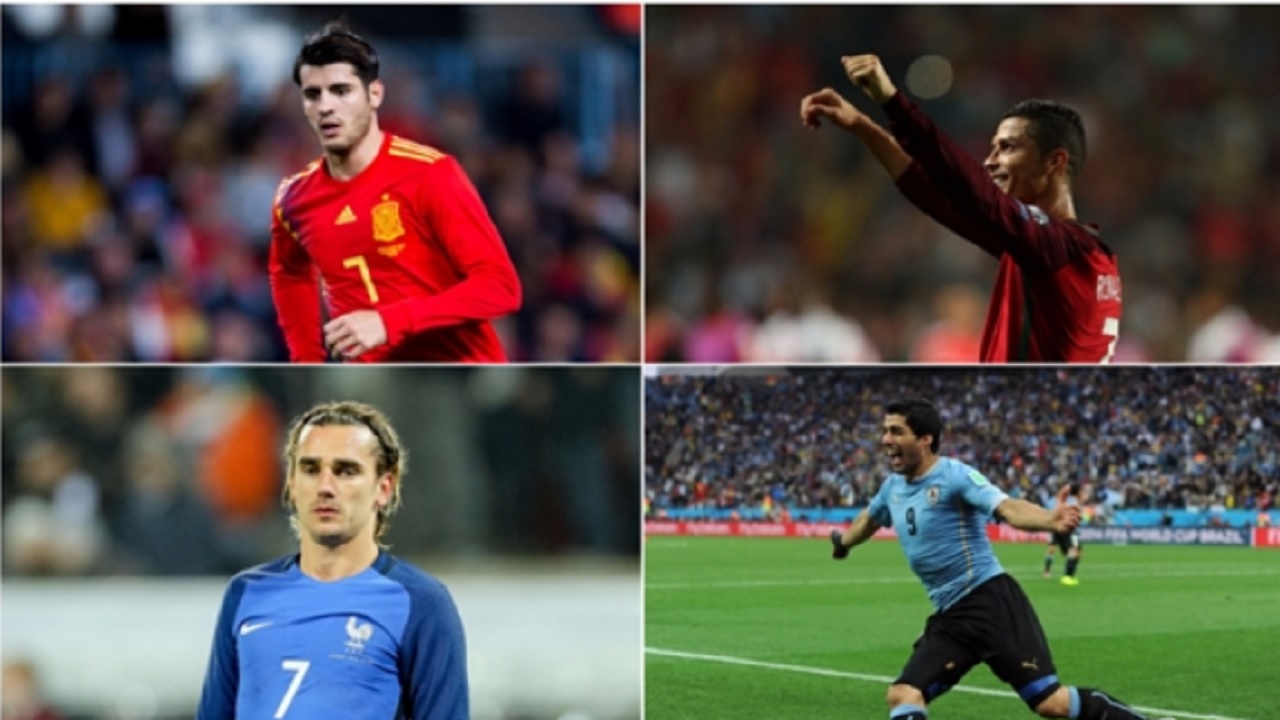 The countdown to the 21st World Cup can now well and truly begin following Friday's group-stage draw in Moscow.

All 32 teams learned their fate for next year's finals in Russia, and one from those nations will enter football history on July 15 when the final will be contested at the Luzhniki Stadium.

Before we get that far, though, the pool stages must be contested and – with the help of Opta data – we have analysed groups A-D.

Russia could hardly have asked for a better group as they aim to avoid being just the second host nation to exit at the group stage (South Africa being the other). However, as an independent nation, Russia – currently the lowest-ranked team of the 32 – have never reached the knockout stages and have lost their last five games at the tournament, but Uruguay are their highest-ranked opponents (21st).

Uruguay, whose boss Oscar Tabarez is making a fourth World Cup appearance, won the tournament on their first two outings in 1930 and 1950, and their only loss in their past eight group-stage games came against Costa Rica four years ago.

Edinson Cavani will spearhead the attack having scored 10 goals in qualifying, while Luis Suarez has been involved in seven of Uruguay's last 13 World Cup strikes.

Saudi Arabia are playing their fifth World Cup and first since 2006, but they do not have a win since 1994 (1-0 versus Belgium). Incredibly, this is Egypt's first World Cup since 1990 and Mohamed Salah's penalty that secured qualification sparked mass celebrations. Boss Hector Cuper manages at a World Cup for the first time, while Egypt are yet to win a match at the finals.

With the lack of a true "Group of Death", this pool is among the toughest of the eight, with European champions Portugal hosting Spain in the group's opener.

The last two World Cup winners, which includes Spain, have been knocked out in the group stages at the following tournament.

Spain are at their 11th straight World Cup and will be desperate to bounce back from the ignominy of being eliminated before the knockout stages last time out. Spain came up against Portugal en route to winning the 2010 edition, David Villa scoring the only goal in 1-0 win.

Portugal, boosted by their not-so-secret weapon Cristiano Ronaldo, who was involved in more goals than any other player in European qualifiers (18), won their first major tournament at Euro 2016 and will aim to become the fourth nation to win the European Championship and World Cup back to back. Morocco will appear at the finals for the first time in 20 years and have history against Portugal having beaten them 3-1 in 1986. Iran have qualified for successive World Cups for the first time and head coach Carlos Queiroz will come up against the country of his birth Portugal. Iran have just one World Cup victory, a famous 2-1 triumph over the United States in 1998.

France are among the favourites to triumph in Russia, and with the likes of Paul Pogba, Antoine Griezmann and Kylian Mbappe in their ranks it is not hard to see why.

Les Bleus have reached the last two finals in Europe, triumphing on home soil in 1998 and losing to Italy on penalties in 2006. Didier Deschamps is heading into a third major tournament as boss, leading France to the last eight four years ago and the final of Euro 2016, where they lost to Portugal on their own turf.

Denmark were beaten by France at World Cup '98, but gained revenge four years later when Les Bleus were knocked out in the group stage. Christian Eriksen will be the Danes' dangerman having been involved in 56 per cent of their goals in qualifying. Australia toiled in qualifying and needed an inter-confederation play-off to progress, though they are currently without a manager following Ange Postecoglou's resignation.

The Socceroos have only two World Cup wins to their name, but veteran Tim Cahill has a fine personal record, scoring five of his countries goals at the global showpiece. Peru are returning to the world stage for the first time since 1982, the biggest gap of years (36) between participations of any of the 32 teams.

Argentina will face familiar foes in the form of Nigeria.

The Super Eagles will be taking on Argentina for the fifth time in six World Cup appearances and have lost all four of their previous matches against them.

Argentina are two-time winners, but were beaten in the final by Germany four years ago. Jorge Sampaoli's men almost missed out on the tournament altogether before talismanic skipper Lionel Messi, scorer of seven goals in CONMEBOL qualifying, saved them with a hat-trick against Ecuador in a win-or-bust encounter.

Expect to see Argentina in the knockout stages - they have gone past round one in 11 of their last 12 appearances. At the other end of the scale, Iceland are one of two tournament debutants.

With just 334,000 inhabitants (at the time of qualifying) they are the smallest nation to reach a finals and will look for more memorable moments having knocked England out of Euro 2016. Croatia needed a play-off against Greece to reach a fifth World Cup and have lost their opening fixture at the past three editions of the competition. Croatia are aiming to channel the class of '98, when they finished third on their first appearance.

World Cup 2018: Southgate warns against writing off Tunisia and Panama