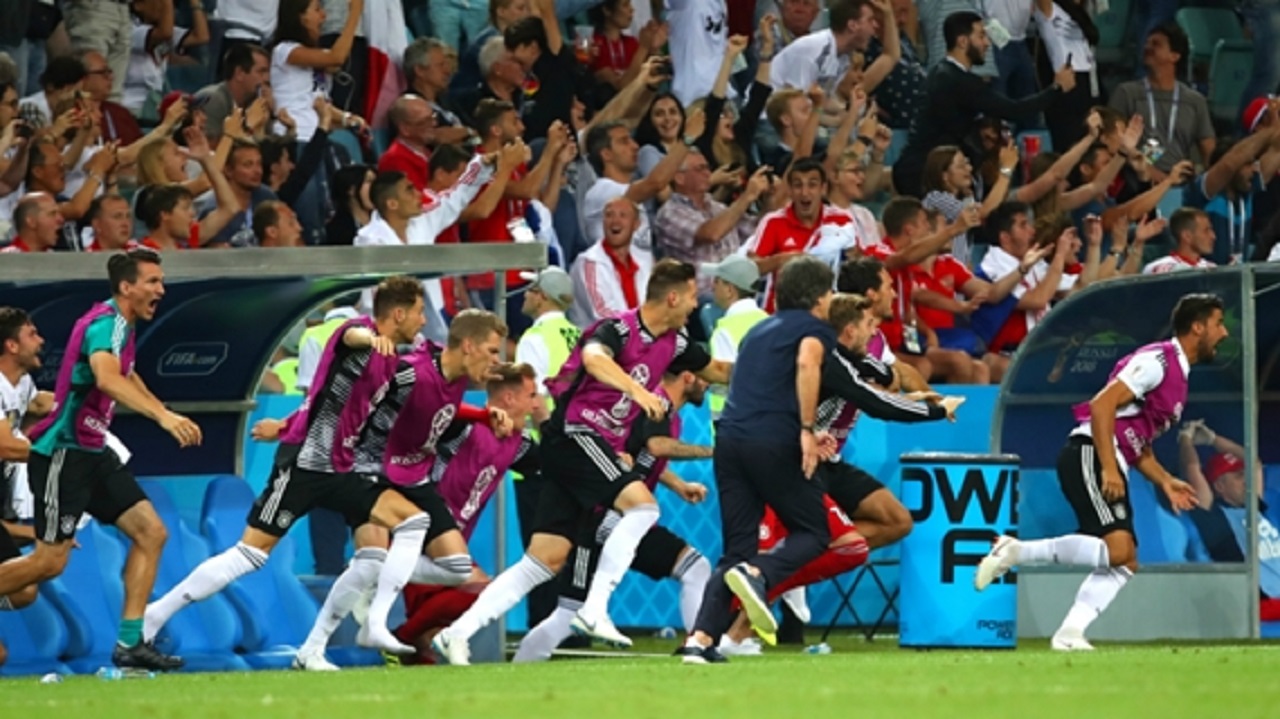 The German Football Association (DFB) apologised for the reaction towards the Sweden bench following their dramatic 2-1 win at the World Cup in Russia on Saturday.

Toni Kroos scored a brilliant free-kick in the 95th minute as reigning champions Germany came from behind to significantly boost their hopes of making the knockout stages.

The celebrations were quickly overshadowed on the final whistle as ugly scenes broke out on the touchline, forcing the officials to intervene.

Sweden coach Janne Anderson claimed some members of Germany's coaching staff had ran to celebrate in front of them, while others made gestures towards them.

Joachim Low stated he had not witnessed the incident in his post-match news conference, but the DFB issued an apology.

"It was an emotional game. In the end, one way or another, the reaction and behaviour from our staff towards the Sweden bench was too emotional," a statement tweeted on the Germany team's official account read.

"That's not our style. We have already apologised to the Sweden coach and his team for it."