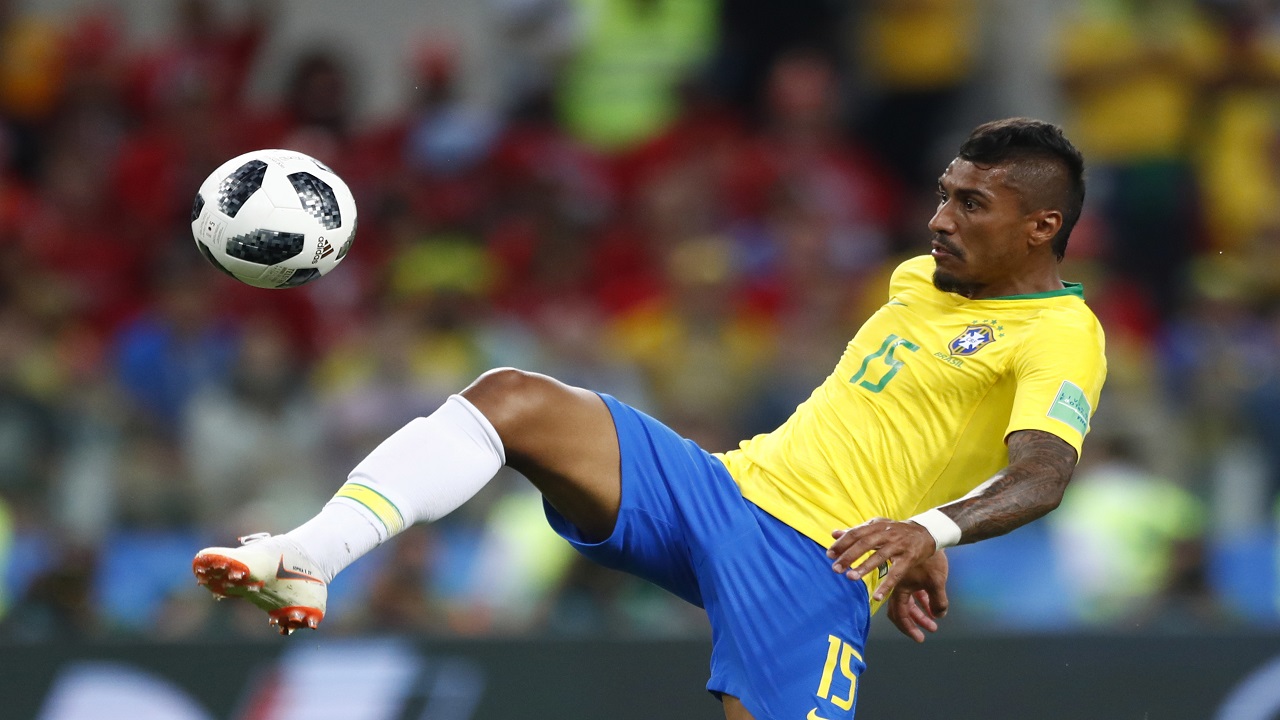 Brazil have taken a 1-0 half-time lead over Serbia in their World Cup match after Paulinho took a long pass from Philippe Coutinho down the center of the field and chipped it over the outstretched arms of goalkeeper Vladimir Stojkovic just above the penalty spot.

The goal came after an initial 35 minutes where Brazil dominated possession and gave up few scoring opportunities to Serbia.

Gabriel Jesus had a chance similar to Paulinho's that Nikola Milenkovic blocked at the last moment, and Stojkovic palmed away a close-in chip from Neymar before that.

Brazil would advance out of Group E with a win or draw. Serbia would likely need a victory to move on.

Earlier, Brazil defender Marcelo s limped off the field and was replaced just 10 minutes into the game.

Marcelo grimaced before he left the field and was walking gingerly on the sideline, favoring his left leg as he was led to the training room. He was replaced by Filipe Luis, who is seeing his first action of this World Cup.

In the group's other game, Blerim Dzemaili have handed Switzerland a 1-0 lead at the break with a goal in the 31st minute against Costa Rica.

Costa Rica have lost their first two matches and had four or five chance to score until the Swiss broke through.