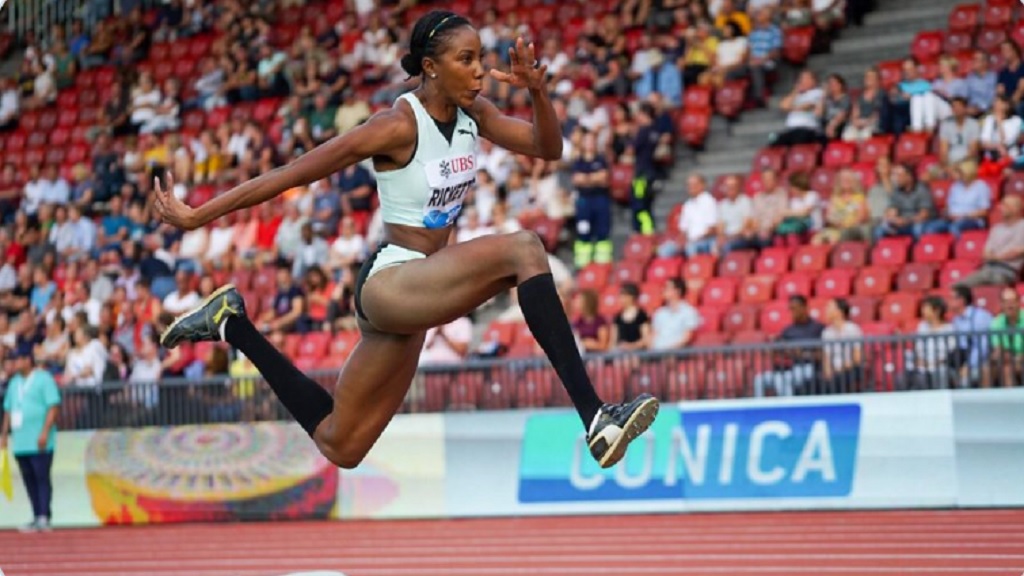 Jamaica's Shanieka Ricketts has emerged as a solid medal favourite in the women's triple jump in Doha.

We are now inching closer to the big day. Well, it’s another five days to go before the 2019 IAAF World Athletics Championships in Doha, Qatar, and the excitement continues to build for the much-anticipated 10 days of action.

Yulimar Rojas continues to fly. So far in fact, that only one woman, world record-holder Inessa Kravets, has ever triple jumped farther. Considering the company the 23-year-old Venezuelan is now keeping on the world all-time list, she'll be difficult to stop as she seeks to successfully defend her title and join Caterine Ibarguen, Yargelis Savigne and Tatyana Lebedeva as a two-time (and back-to-back) world champion. 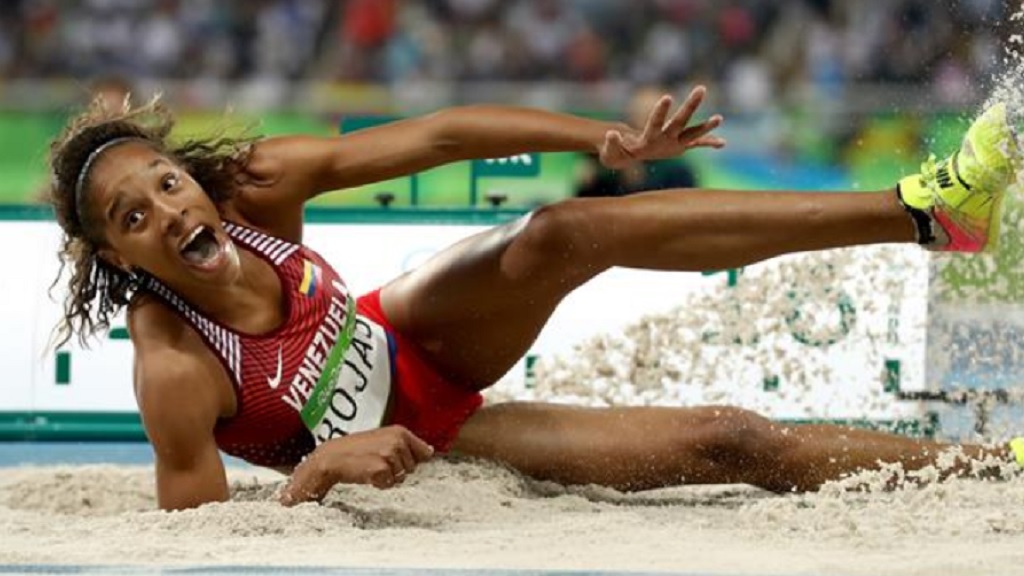 Rojas has won six of her eight outdoor competitions this year, sailing beyond 15 metres in half of them. Her most impressive performance came in her most recent outing when she bound to 15.41m in Andujar, Spain, on September 6, the second farthest leap of all time. She went beyond 15 metres twice in that competition, shaking out the rust out with a 15.03m effort in the second round.

Rojas has struggled with her consistency in the past but has improved on that front as well this season, adding to the difficulty her competitors can expect in Doha.

She has lost twice this season, once to Ibarguen, whom she succeeded as world champion in London two years ago, and to Jamaican champion Shanieka Ricketts at the IAAF Diamond League final in Zurich. Both have the capabilities to throw serious challenges at the Venezuelan.

Ibarguen, the 2018 World Athlete of the Year, has competed sparingly, choosing to divide her attentions between the long and triple jumps, competing four times in each. She reached 14.79m in Oslo and a season's best of 14.89m in Lausanne to secure a pair of Diamond League circuit victories, but she hasn't contested the triple jump since July 11 when she finished a distant sixth in the port-side competition in Monaco, reaching just 14.33m. But considering her war chest of medals, we can expect she'll arrive in Doha ready.

Meanwhile, Ricketts, a finalist at the 2015 and 2017 World Championships, made a big leap forward this season, especially with her consistency, to emerge as a solid medal favourite.

The 27-year-old entered the season with a 14.61m career-best, but went to work immediately on revising that, jumping 14.76m in Kingston in February. She remained in that territory consistently as the season progressed, eventually notching an upset in Zurich with a final-round 14.93m leap to claim the Diamond Trophy.

After the season's big three, others will have to spring a fairly big surprise to figure in the medal hunt.

Leading that charge is rising Cuban star Liadagmis Povea who improved her lifetime best to 14.77m to finish third in Lausanne. She also finished second in Monaco with 14.71m and third at the Pan-American Games and the Diamond League final.

US champion Keturah Orji improved her career best to 14.72m to finish third in Paris but more recently was a distant fourth in Zurich.

Spain's world indoor bronze medallist Ana Peleteiro leads the European charge. But the 23-year-old will need to do considerably better than her 14.59m season's best to challenge for the podium. Likewise for Jamaican Kimberly Williams, the world indoor silver medallist and finalist at this championships in 2013, 2015 and 2017, who has reached 14.56m this season. 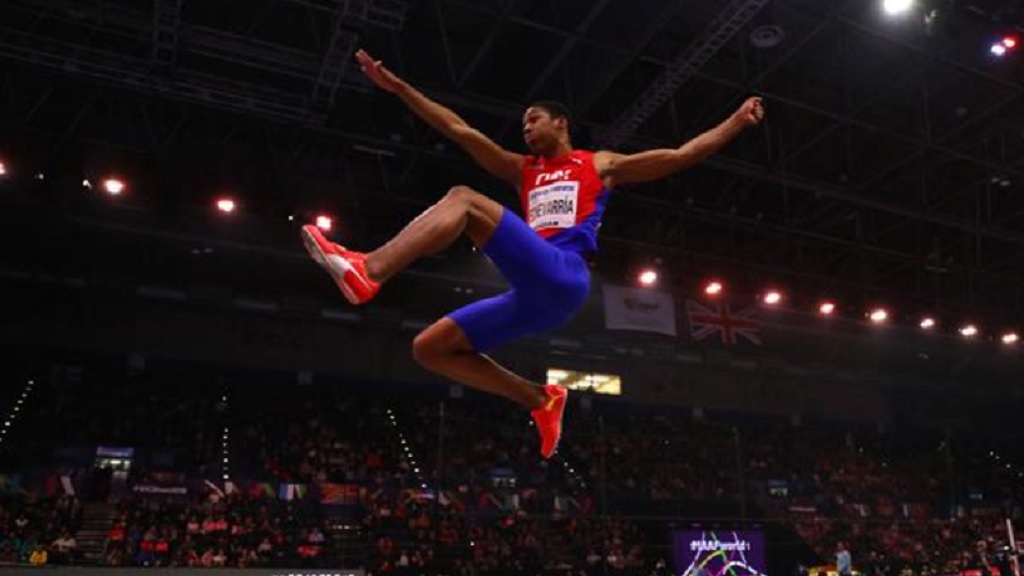 The world No.1 announced his arrival as a global star in 2018, securing the world indoor title, leaping into the world all-time top 10 with 8.68m and jumping a mighty wind-aided 8.83m in Stockholm.

This year the 21-year-old has been no less impressive, registering a monster – and again wind-assisted – 8.92m in Havana before going on to take the Pan American title and later the Diamond League crown in Zurich with a world-leading 8.65m.

His main opposition is likely to be the charismatic defending champion Luvo Manyonga. The South African has not quite touched the heights of previous seasons but has still performed consistently well and a season’s best of 8.37m indicates the 27-year-old Olympic silver medallist will once again be a factor.

Manyonga’s compatriot Ruswahl Samaai, the world bronze medallist, will also be a threat in Doha. Four times an IAAF Diamond League podium placer this season, he is so often there or thereabouts and is likely to feature.

Miltiadis Tentoglou of Greece has proved the king of Europe over the past couple of seasons, snaring senior European indoor and outdoor titles plus the continental U23 crown. His championship record is to be respected and it will be interesting to see how he responds on the global stage. 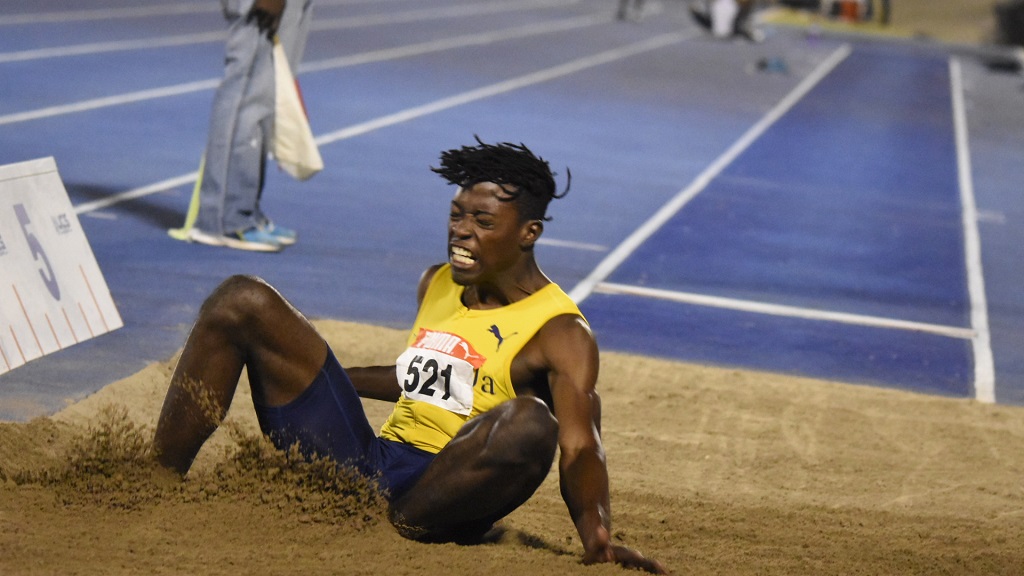 Just under a year away from the Tokyo 2020 Olympic Games, Japanese long jumping is looking in rude health led by 2014 world U20 bronze medallist Shoutarou Shiroyama.

The 24-year-old jumper claimed victory in Heusden with a windy 8.32m and followed this up with a national record of 8.40m in Fukui to move to third on the 2019 world list.

Further buttressing the Japanese challenge is world U20, Asian and World University Games gold medallist Yuki Hashioka, who has soared out to a PB of 8.32m this year. The third string Japanese athlete Hibiki Tsuha is also a quality performer with a best of 8.23m.

In recent seasons China has developed a growing reputation in the men’s long jump and once again they look to mount a prominent showing.

Asian Games and Asian Championships silver medallist Zhang Yaoguang, with a best of 8.25m, looks to be a threat as does 2016 world indoor bronze medallist Huang Changzhou. The Chinese challenge is complete by 2015 world bronze medallist Wang Jianan, who is still aged just 23.

In eight of the past 16 editions of the World Championships the USA has secured men’s long jump gold but on current form, it looks a stretch that they will add a ninth title.

Olympic champion Jeff Henderson leads their team but apart from an early-season leap of 8.38m at altitude he has struggled to come close to this mark and finished fifth at the US Championships. His teammates Trumaine Jefferson (8.18m) and Steffin McCarter (8.25m) have shown ability but lack consistency and have limited international experience.

Also competing in Doha are European indoor silver medallist and Stockholm Diamond League victor Thobias Montler of Sweden and Zarck Visser, who leapt 8.41m during his domestic South African season but has yet to register an eight-metre jump internationally this year.