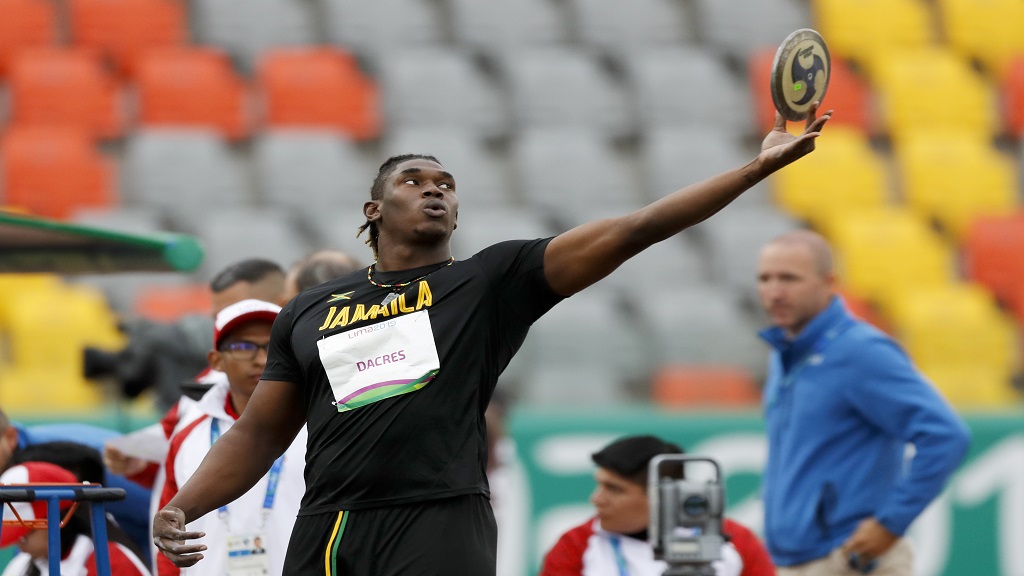 It’s another six days to go before the 2019 IAAF World Athletics Championships in Doha, Qatar, and the excitement continues to build for the much-anticipated 10 days of action.

Leading up to the championships, LOOP SPORTS will roll out previews of events that Jamaica will be involved in.

Day 1 of the race previews began on Friday, September 20 with the men's and women's 4x100m relays.

The second set of previews are below.

Only once in IAAF World Championship history has the men’s discus required a 70-metre throw to strike gold, but on the evidence of what we have seen so far during a stellar year for the event, a throw beyond this distance could be a necessity to climb the top step of the podium. 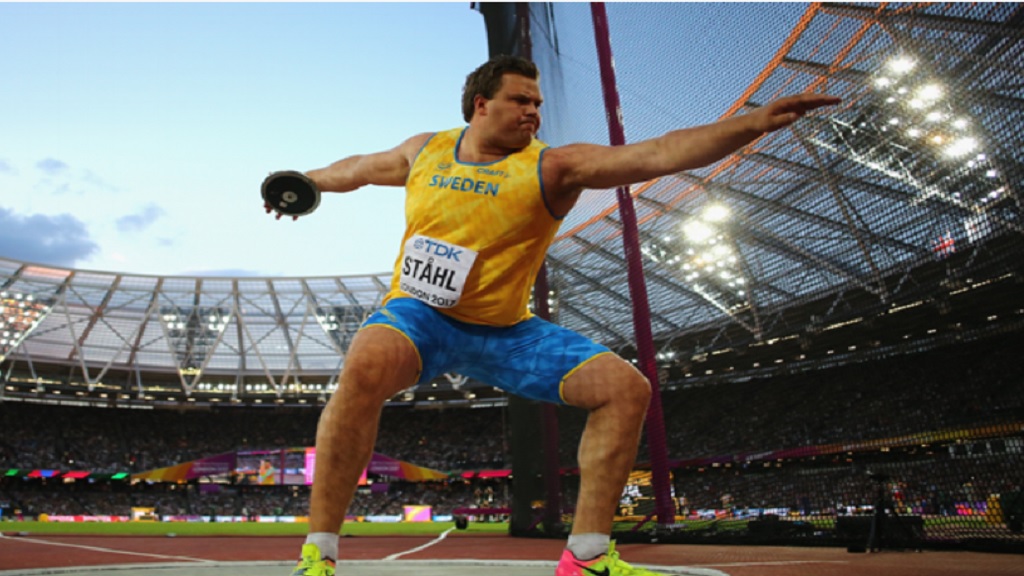 Swede Daniel Stahl is the gold medal favourite in the men's discus.

Leading the way has been Daniel Stahl, the stocky Swede who has hurled the discus beyond 70 metres three times this year, led by a mighty world-leading 71.86m – the longest throw in the world for 11 years and a distance which elevated the 27-year-old to equal fourth on the world all-time list.

Stahl has been the world’s dominant discus thrower in 2019, winning 12 out 15 competitions including four out of five meets on the IAAF Diamond League circuit.

Leading the opposition will be Fedrick Dacres, who set a Jamaican record of 70.78m to inflict a rare defeat on Stahl at the IAAF Diamond League meeting in Rabat in June.

Dacres, who sits second on the 2019 world list, snared the Pan American title in July and has finished top two in 22 of his 23 discus competitions this year.

Among the other contenders, world and European champion Andrius Gudzius should not be discounted. The powerful Lithuanian boasts a season’s best of 67.73m and while not quite at his best so far in 2019, given his rich championship pedigree it would be no great surprise to see the 28-year-old feature.

European bronze medallist Lukas Weisshaidinger is another with medal prospects. The Austrian thrower has enjoyed a consistent campaign, boasting four Diamond League podium finishes and a season’s best of 68.14m in Rabat.

Norwegian Ola Stunes Isene has made a huge improvement in 2019 and if he can reproduce his lifetime best of 67.78m in Albufeira in Portugal in April then he too can feature in the medal picture.

Competing at his seventh World Championships, three-time medallist Piotr Malachowski is always a danger as the 36-year-old Pole demonstrated when winning at the European Team Championships in Bydgoszcz in August.

Another evergreen performer looking to make his mark is 2011 world bronze medallist Ehsan Hadadi. Aged 34, the Asian champion has a season’s best of 67.19m and if the Iranian finds his groove he could also be a factor.

World bronze medallist Mason Finley of the USA is also slated to compete. However, since producing an early season throw of 67.13m, he has struggled to reproduce his best form. US champion Sam Mattis (66.69m) is also entered.

Also set to take to the discus circle inside the Khalifa International Stadium are Sweden’s fourth-place finisher at the 2018 European Championships, Simon Pettersson, and the 2015 world silver and bronze medallists: Philip Milanov of Belgium and Poland’s Robert Urbanek. 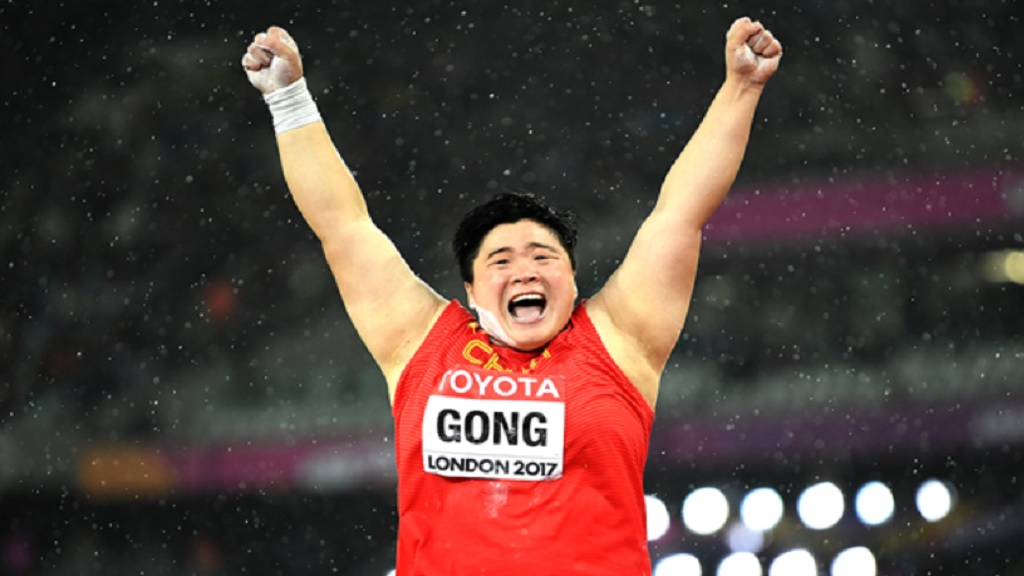 After another nearly flawless season, Gong Lijiao arrives primed to successfully defend her title. If she succeeds, the 30-year-old Chinese star will become just the fourth woman to do so in the event.

Gong has won 12 of her 13 competitions in 2019 and has produced the four best throws, capped by her 20.31m effort to win another IAAF Diamond League title, her third straight, in Zurich last month. With a gap of more than 60 centimetres on her nearest competitor, Gong will start as one of the heaviest favourites at these championships. A medal of any kind will be her sixth at the World Championships, a record for the event.

Her only loss came at the hand of rising US star Chase Ealey, who stole Gong's thunder in their 2019 Diamond League debut in Shanghai, where Ealey reached a near-PB 19.58m to beat Gong by 14 centimetres. The 25-year-old blasted on to the scene on 6 April when she threw 19.67m at the Sun Angel Classic in Tempe, Arizona, her first put beyond the 19-metre mark. She went on to throw beyond 19 metres in nine of her next 12 competitions, and improved to 19.68m in Zurich, where she eventually finished second.

World indoor silver medallist Danniel Thomas-Dodd is another solid medal threat. The 26-year-old twice improved her own Jamaican record, first to 19.48m in April and again to 19.55m in August when taking the Pan-American Games title. While improving, she has been less consistent than Ealey.

Behind that trio, the picture is less clear. Five other women have thrown beyond 19 metres outdoors this season, Maggie Ewen, another US thrower on the rise, the most recent. The 25-year-old produced the best throw of her career, 19.48m, to win the US-Europe match on 10 September. But that was the only 19-metre-plus effort of the season for the multi-talented thrower who won NCAA titles in the shot put, discus and hammer during her collegiate career.

Christina Schwanitz, the 2015 world champion, is still showing solid form, and can't be discounted in the chase for podium spots. The 33-year-old German has reached 19.37m this season.

Brittany Crew (19.28m) of Canada, Aliona Dubitskaya (19.21m) and Sweden's Fanny Roos (19.06m) have also breached 19 metres this season but will have to produce breakout performances to be a factor.

Others to watch include Hungary's world indoor champion Anita Marton, European champion Paulina Guba of Poland, and Olympic champion Michelle Carter of the US.

Allyson Felix named to US 4x400 relay pool for worlds