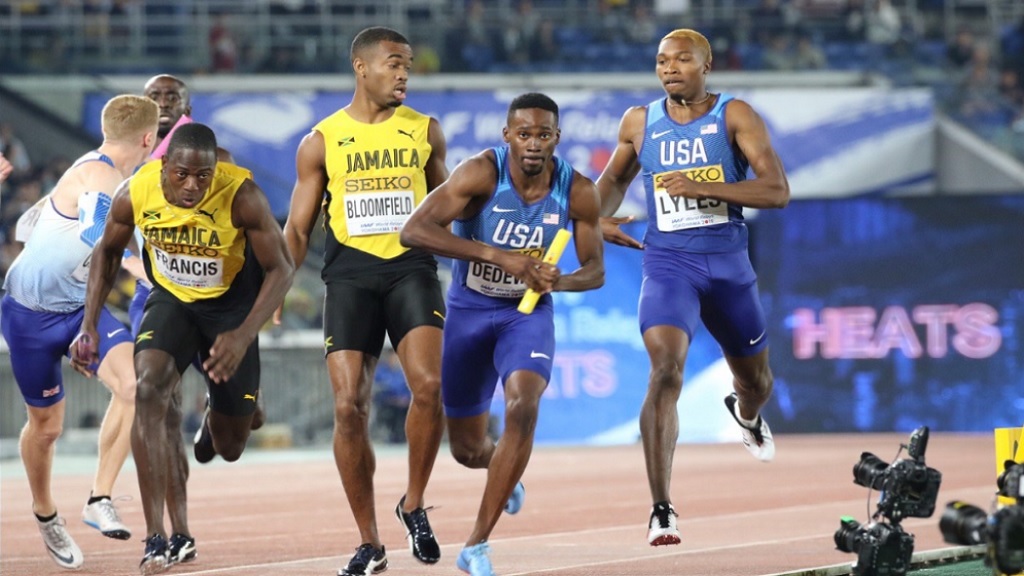 The clock is ticking and the excitement is building as in another four days the 2019 IAAF World Athletics Championships in Doha, Qatar begins.

After relinquishing their world crown at the World Championships in London to Trinidad and Tobago two years ago, the USA will be desperate to regain the men’s 4x400m title they have long viewed as their property.

In pure talent and one-lap ability, the US squad, containing the likes of Michael Norman (43.45) and Fred Kerley (43.64) – two of the seven fastest one-lap exponents in history – as well as sub-45-second performers Nathan Strother, Vernon Norwood and Michael Cherry and Wil London, are streets ahead of the opposition. 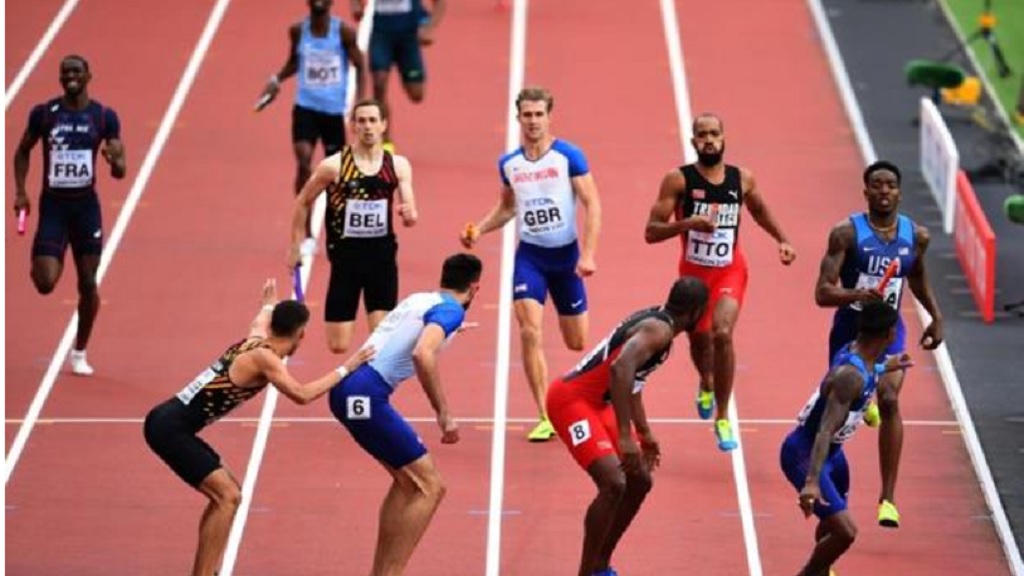 But relays are never that straightforward as the US are all too aware. At the IAAF World Relays Yokohama 2019 in May they were humbled by Trinidad and Tobago in a titanic battle before the US were to ensure further pain following their disqualification for a lane violation.

Trinidad and Tobago, who also won a World Championship silver medal in 2015, boast an experienced squad led by Machel Cedenio, who has a season’s best of 44.52, supported by 2017 world 200m bronze medallist Jereem Richards.

In pure flat speed they lag some way behind the USA but such is their impressive recent record of delivering when it counts, it is not beyond the realms of possibility they could once again snag gold.

Jamaica, the Olympic silver medallists, boast no fewer than three sub-45-second performers in 2019, and the men in green and gold could also pose a strong danger to the USA.

The European challenge is led by Great Britain, who have claimed successive bronze medals at the past two World Championships. European individual 400m champion Matthew Hudson-Smith leads their pool of relay runners with veteran Martyn Rooney making his eighth successive World Championship appearance in the 4x400m.

European champions Belgium, who placed fourth at the 2017 World Championships, have proved consistent performers in recent years and with the Borlee brothers, Kevin and Dylan, along with world U20 400m champion Jonathan Sacoor in their ranks, expect them to feature.

Host nation Qatar has entered a strong squad although with doubts over the fitness of national 400m record-holder Abdalelah Haroun, who has yet to compete over one-lap this year, and with 400m hurdles specialist Abderraham Samba only making a handful of appearances this year, this may blunt their 4x400m challenge.

Italy were the impressive 4x400m winners at the European Team Championships and with the speed of Davide Re (44.77) they could be dark horses.

France, who finished just behind Italy at the European Team Championships, also look to have a strong all-round squad. European bronze medallists Spain with Oscar Husillos (45.83) in their ranks have also performed consistently well in 4x400m relays at recent championships. 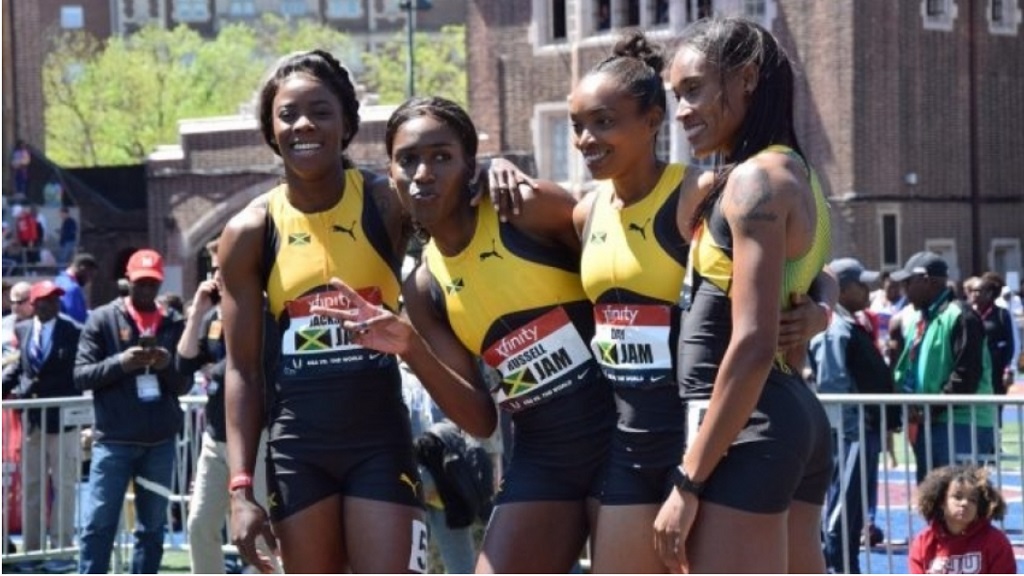 Two years ago, a US quartet demoralised the field in the women's 4x400m, winning by nearly six seconds in a world-leading 3:19.02, the fastest time in the world since the 2012 Olympic Games held on the same London Stadium track. That performance produced, by far, the largest winning margin in the event at a World Championships. Although they may not be fielding as powerful a squad this time around, the USA still arrives in the Qatari capital poised to win a ninth title in the event.

Attracting the bulk of the attention on the championships' closing day will be Allyson Felix, the most decorated athlete in IAAF World Championships history, who will be looking to add a 17th medal to her collection, joining the 11 gold, three silver and two bronze that already pack her trophy case.

Felix has been working her way back from a year off for maternity leave this season, finishing an admirable sixth in the 400m at the always-competitive US Championships to earn herself a ticket to Doha as a member of the relay squad. She has since improved her season's best to 51.36 and arrives on the heels of a victory at the Skolimowska Memorial in Chorzow, Poland.

She's part of a pool that includes defending 400m and 4x400m champion Phyllis Francis, Kendall Ellis, Wadeline Jonathas, Courtney Okolo and national 400m champion Shakima Wimbley who've all clocked faster than 51 over one lap this season, so logic would dictate that they'll be in form to run well under their 3:24.04 qualification performance that leads this year's world list. Considering that mark – also a pending world U20 record – was set by a US quartet that won the Pan-American U20 title, it would be a bit embarrassing that a senior squad in Doha wouldn't.

The USA has won five of the past six world titles. Jamaica, who took top honours in 2015 to halt a US win streak at four, arrives with strong medal ambitions of their own as they aim to improve on their runner-up position of two years ago. The Caribbean island nation's pool includes Shericka Jackson, one of just four women to have run under 50 seconds this year, and sub-51 runners Stephenie Ann McPherson and Anastasia Le-Roy.

Poland also arrives with a point to prove. A perennial continental powerhouse in the event, a quartet from the northern European nation finally claimed its first World Championships medal two years ago when taking bronze behind the US and Great Britain & Northern Ireland. They're arguably even stronger now, arriving as the reigning European and IAAF World Relays champions. This year only a US squad has run faster than their 3:24.81 season's best. European 400m champion Justyna Swięty-Ersetic and Iga Baumgart-Witan, at 50.85 and 51.12, are the team's quickest this year.

Canada, Great Britain & Northern Ireland and Italy should also be in the medal hunt. Canada was a surprise fourth at the IAAF World Relays and later went on to clock 3:27.12 to take silver at the Pan-American Games while Italy edged a British quartet to take third in Yokohama. Great Britain & Northern Ireland returned the favour at the European Team Championships, edging the Italian squad by 0.20 in 3:27.12 to finish second, season's bests for both.

Nigeria, the African Games champions, could also be a factor.