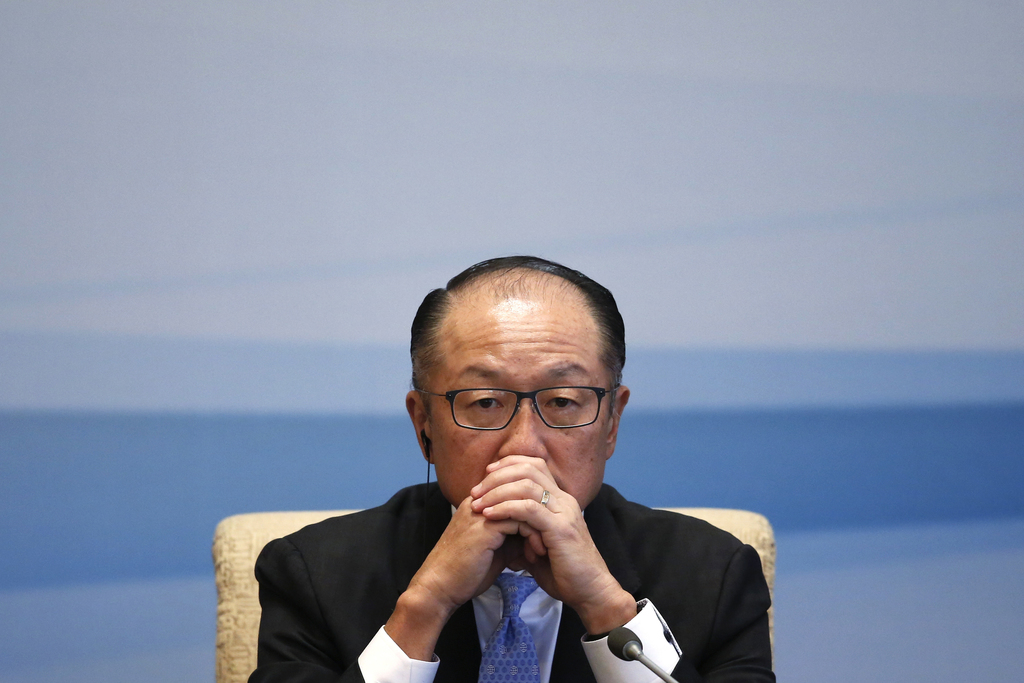 Jim Yong Kim, the president of the World Bank, announced Monday he is resigning at the end of January.

Kim's unexpected departure three years before his term was set to expire is likely to set off a fierce battle between the Trump administration and other countries who have complained about the influence the United States exerts over the World Bank.

In a letter to bank staff, Kim said that he has long believed that the key to bridging the gap between the massive financing needs of developing countries and the amount of support available was to work with the private sector.

"I have therefore decided that it's time for me to take on new challenges and fully focus my efforts on leveraging private finance for the benefit of people around the work," Kim said in his note to staff.

Kim's departure will give President Donald Trump the opportunity to nominate his own choice to fill the World Bank post.

The 189-nation World Bank is the largest government source for development funding, providing low-cost loans for projects around the world.

Since the creation of the World Bank at the end of World War II, its leaders have all been Americans. Its sister lending agency, the International Monetary Fund, has always been headed by a European.

Other countries, including China and other Asian nations, have complained about this pattern. The IMF, which provides emergency loans to countries in economic crisis, is currently headed by former French Finance Minister Christine Lagarde.

Kim, the former head of Dartmouth College, was first tapped by former President Barack Obama to lead the World Bank in 2012. He was nominated by Obama for a second term in August 2016. That term would have ended on June 30, 2022.

In his resignation statement, Kim said that in addition to joining a firm that will focus on increasing infrastructure investments in developing countries, he will also rejoin Partners in Health, an organization he co-founded more than 30 years ago to provide medical support to poor nations.

The World Bank said Kim will be succeeded Feb. 1 on an interim basis by Kristalina Georgieva, its chief executive officer and the bank's executive board would immediately start the process for selecting a permanent successor to Kim.

"It has been a great honour to serve as president of this remarkable institution, full of passionate individuals dedicated to the mission of ending extreme poverty in our lifetime," Kim said.

Kim's permanent successor will be decided by the World Bank's board of directors. The United States is the largest shareholder in the bank, which is headquartered in Washington.

Treasury Secretary Steven Mnuchin looks forward to working with other countries on the bank's 24-member executive board to select Kim's successor, a Mnuchin spokesperson said.

Kim, the World Bank's 12th president, faced a number of crises during his tenure, including marshalling resources to deal with the Syrian refugee crisis.