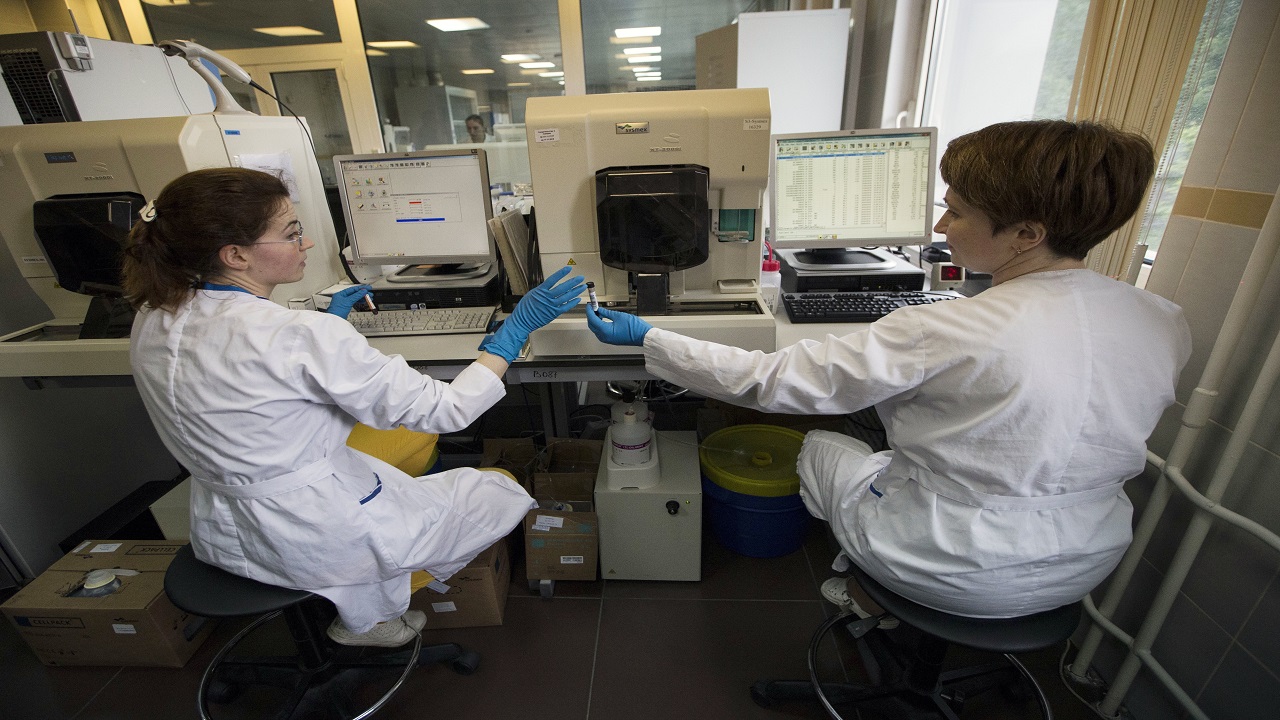 In this May 24, 2016 file photo employees work in Russia's national drug-testing laboratory in Moscow.

WADA president Craig Reedie revealed that a "great majority" of votes were in favour of Russia being reinstated.

RUSADA was suspended by WADA in November 2015 in the wake of accusations of state-sponsored doping.

Despite widespread opposition to the prospect of the nation being deemed compliant once again, it was confirmed by WADA following a meeting on Thursday.

Reedie said: "Today, the great majority of WADA's ExCo decided to reinstate RUSADA as compliant with the code [of conduct] subject to strict conditions, upon recommendation by the agency's independent CRC [Compliance Review Committee] and in accordance with an agreed process.

"This decision provides a clear timeline by which WADA must be given access to the former Moscow laboratory data and samples with a clear commitment by the ExCo that should this timeline not be met, it would support the CRC's recommendation to reinstate non-compliance."

WADA and RUSADA agreed a detailed 'Roadmap to Compliance' in January 2017 with the aim of getting Russia readmitted.

It was announced by WADA last week that the CRC had recommended Russia's anti-doping agency be reinstated, stating that the Russian authorities and partners "have worked hard to rebuild a credible, and sustainable, anti-doping program in Russia; and that, there have been significant developments across their anti-doping system."

Russia continuously denied accusations of state-sponsored doping which were made in the McLaren report.

Russia's reinstatement after doping scandal goes to a vote