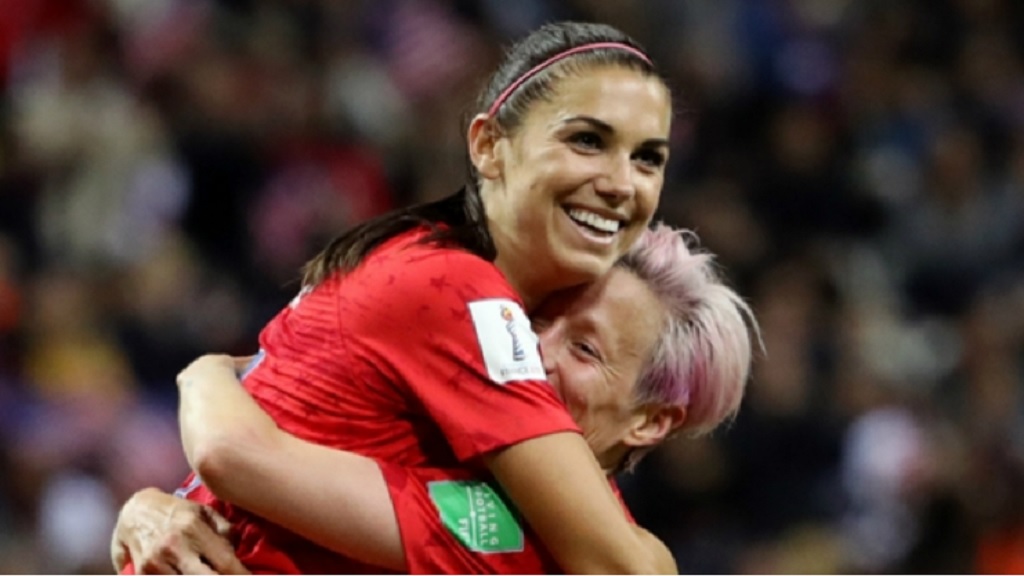 Alex Morgan produced a masterclass in finishing as United States achieved the largest margin of victory in the history of the World Cup finals - men's or women's - by beating hapless Thailand 13-0.

Orlando Pride striker Morgan opened the scoring after 12 minutes at Stade Auguste-Delaune and just over an hour later she had become the fourth player in her country's history to hit a World Cup hat-trick, while Rose Lavelle notched a brace and Samantha Mewis and Lindsey Horan netted to make it 7-0 after 74 minutes.

But Jillian Ellis' side did not stop there, relentlessly attacking and extending their lead as captain Megan Rapinoe scored along with substitutes Mallory Pugh and Carli Lloyd, and Morgan bagged two more to leave Thailand's players distraught at the final whistle.

USA will be firm favourites to seal their progress from Group F by beating Chile on Sunday, while Thailand will be desperate to avoid another humiliation against Sweden.

Jill Roord struck in second-half stoppage-time to earn the Netherlands a 1-0 win over New Zealand after Sarina Wiegman's side edged to victory in a match they dominated for long periods.

After a determined New Zealand team survived scare after scare, including some spectacular long-range shots and well-worked Netherlands moves, Arsenal playmaker Roord broke their hearts when she scored with a close-range header.

It was a cruel result for Tom Sermanni's players, who did just enough to keep the Netherlands' dangerous front three of Vivianne Miedema, Lieke Martens and Shanice van de Sanden at bay, only for Roord to pounce 16 minutes after coming off the bench.

The Netherlands triumphed at the 2017 European Championship and are hoping to progress beyond the last 16 at the World Cup for the first time, while New Zealand have never survived beyond the group stage.

There was more late drama in Sweden's 2-0 victory over Chile after the game was interrupted by a lightning storm that forced the players off the pitch for 40 minutes in Rennes.

Chile goalkeeper Christiane Endler looked set to be the hero of the hour after a string of fine saves - including a fingertip effort to deny Sofia Jakobsson's 18-yard shot – looked to have earned her side a point.

After the weather delay in the 72nd minute of the game, Sweden emerged with real intent and Kosovare Asllani fired high into the net from close range before substitute Madelen Janogy skipped through the Chile defence and made it 2-0 in stoppage time.