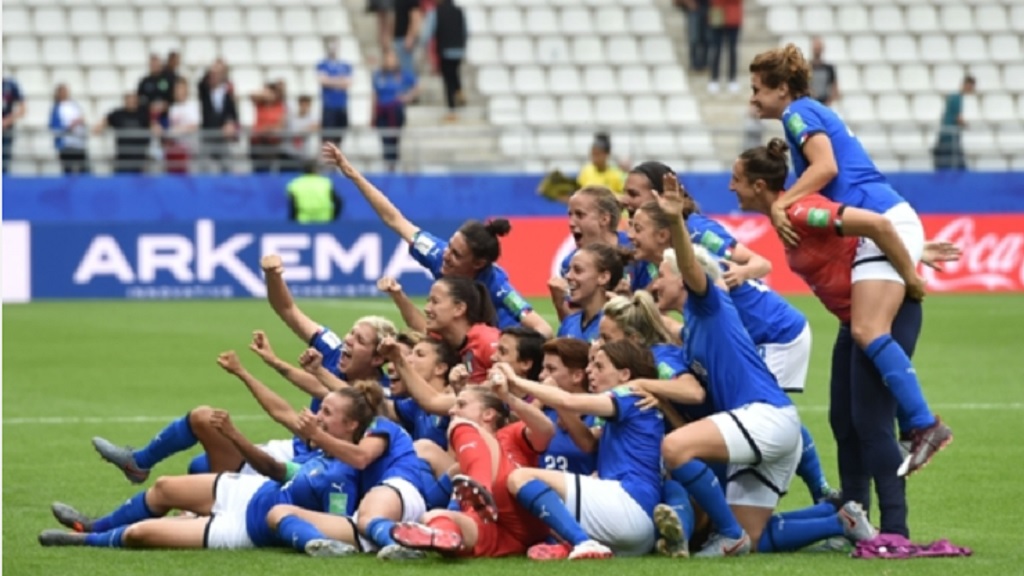 Italy beat Jamaica 5-0 to book their place in the last 16 of the Women's World Cup.

Italy and England sealed progression to the last 16 of the Women's World Cup on Friday, while Japan claimed their first win of the tournament.

In the early game, Japan responded to a disappointing draw against Argentina by beating Scotland 2-1 in Group D.

Asako Takakura's side led 2-0 at the interval in Rennes thanks to Mana Iwabuchi's strike and a penalty from Yuika Sugasawa, who had drawn minimal contact from Rachel Corsie.

Erin Cuthbert hit the woodwork in the second half and was unfortunate not to be awarded a spot-kick when she was bundled over in the box, before Lana Clelland grabbed a late consolation, though Scotland – with two losses so far – are now on the verge of an exit.

Italy became the third side to secure their place in the knockout stages as they hammered World Cup debutants Jamaica 5-0.

Cristiana Girelli netted a hat-trick in the rout, though her opener came in controversial fashion after Sydney Schneider had saved her weak penalty, only to be adjudged to have moved off her line, with Jamaica's goalkeeper beaten upon the retake.

Girelli doubled her tally with a scrappy finish from a corner, before becoming the second Italy player to score a World Cup hat-trick when she took advantage of a Schneider error, with substitute Aurora Galli getting in on the act with a double of her own in the second half.

In Le Havre, England followed Italy into the last 16 with a deserved 1-0 victory over Argentina as Jodie Taylor ended her 430-day wait for an international goal.

Argentina goalkeeper Vanina Correa put in an inspired display, a fantastic save from Nikita Parris' penalty one of a series of excellent stops.

But Correa's resistance was ended in the 61st minute – Taylor in the right place at the right time to tuck home from Beth Mead's wonderful cross and send Phil Neville's side through.