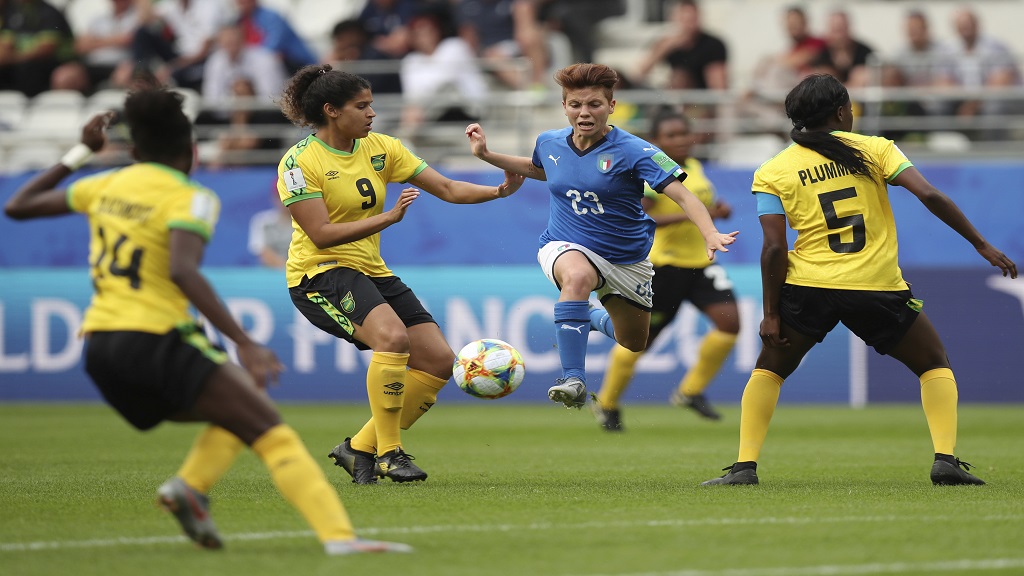 Jamaica, playing in their first-ever Women's World Cup, lost 5-0 against 15th-ranked Italy in a Group C football match at the Stade Auguste-Delaune in Reims, France on Friday.

The defeat means that the 53rd-ranked Jamaica's Reggae Girlz are without a point from two games in the four-team group.

Cristiana Girelli scored a hat trick to put Italy into the second round.

It was Italy's second hat trick at the World Cup, as Girelli joined Carolina Morace, who did it at the inaugural 1991 tournament. Girelli's three goals were the third hat trick so far this World Cup. 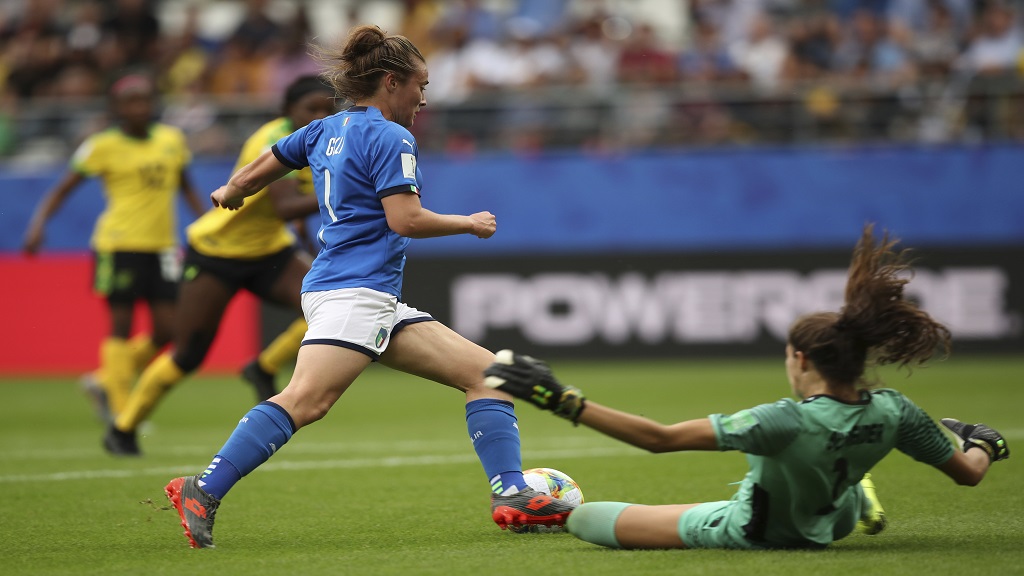 Italy upset Australia 2-1 in their opening Group C match with a goal in stoppage time. It positioned the squad to advance out of the group stage with a victory over Jamaica.

Girelli's first goal was on a penalty kick she got two chances at making. Jamaica goalkeeper Sydney Schneider saved Girelli's low penalty shot to the right post, but video review determined Schneider came off her line too soon.

Girelli scored on her second attempt to get Italy rolling.

Aurora Galli came in as a substitute for Italy and scored twice to push the final score to 5-0.

The night before the match, Jamaican sprint great Usain Bolt used Skype to call into a team gathering of the Reggae Girlz and encouraged them to "to go out there and do your best. You don't worry about what other people are thinking."

Jamaica lost 3-0 to Brazil in their opening match on Sunday.

The Jamaicans will round out their group stage action on June 18 against sixth-ranked Australia, once again at the Stade Auguste-Delaune in Reims.