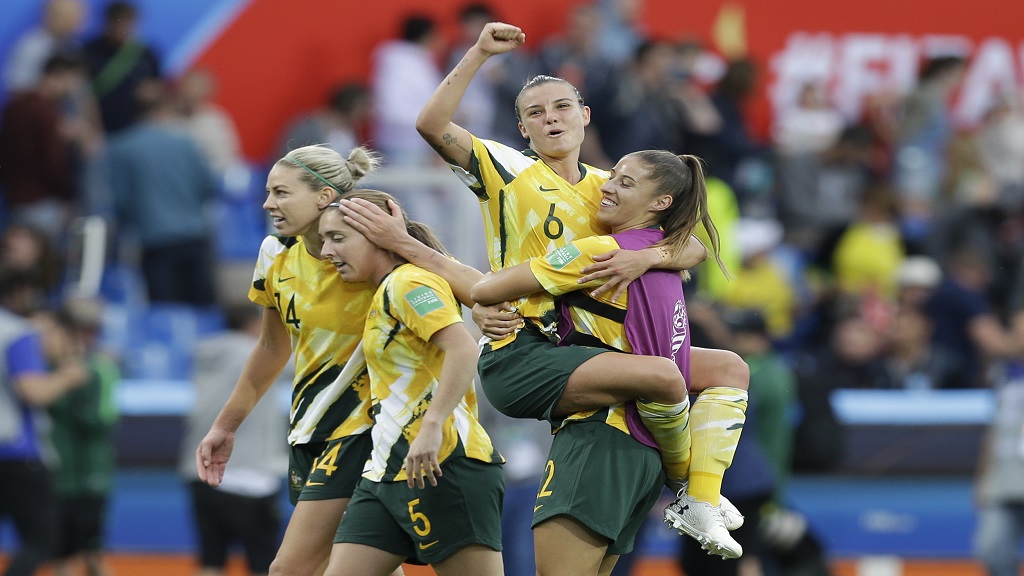 An own goal gave Australia a come-from-behind 3-2 victory over Brazil at the Women's World Cup, even after Marta added a record 16th career tournament goal.

Marta, who sat out Brazil's opening game with a left thigh injury, became the first player to score in five different World Cups when she converted a penalty kick in the 27th minute of Thursday's game.

Cristiane scored a header to put the Brazilians up 2-0. Caitlin Foord scored before the break to pull Australia within one.

Chloe Logarzo's shot from distance in the 58th minute tied it and then Australia went ahead on the own goal, an error by Monica that snapped the stalemate in the 66th minute. Sam Kerr appeared to be offside but the goal was awarded after video review, and the Brazilians fumed.

Australia, just the second team to win a World Cup match after going down two goals, needed a good game after dropping their opener 2-1 to Italy. Brazil won their tournament opener against Jamaica 3-0 on Cristiane's hat trick.

It was the first loss in the group stage for the Brazilians since 1995, snapping a 16-match unbeaten streak.

Brazil's Formiga, the oldest player in the tournament at 41, collected her second yellow card during the match. She will have to sit out the final group match against Italy.

American Abby Wambach and Germany's Birgit Prinz rank behind Marta on the World Cup goals list with 14 each.