Women win US primaries in record numbers, look to November 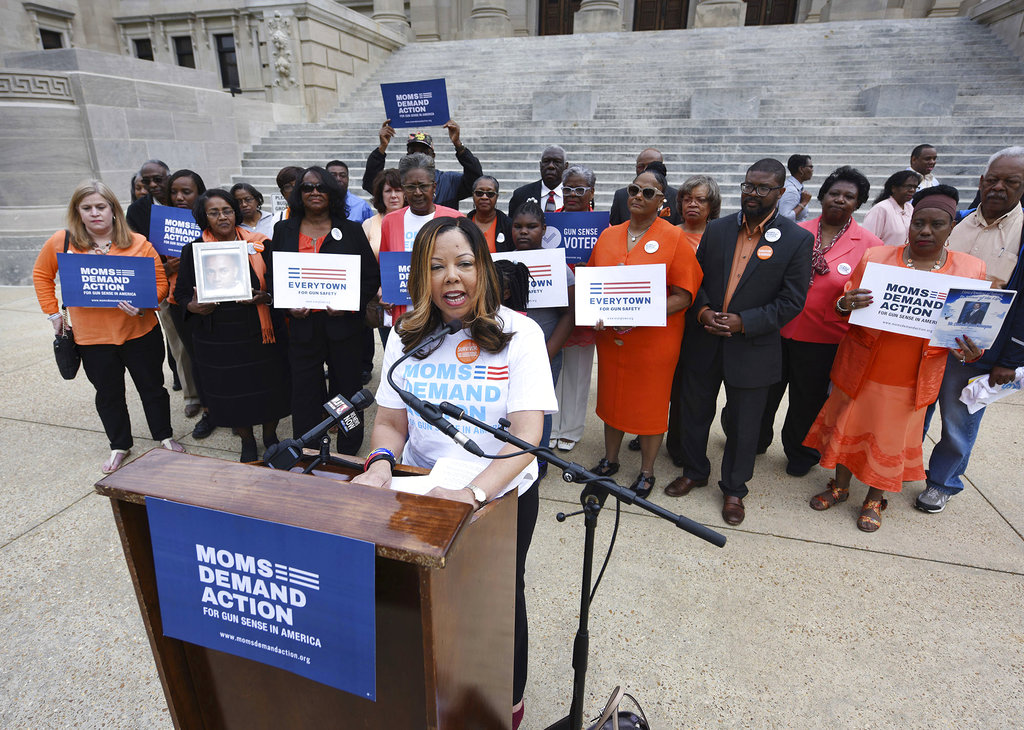 FILE - In this March 17, 2016, file photo, Lucy McBath, National Spokeswoman for Moms Demand Action for Gun Sense in America, is joined by faith leaders, gun violence survivors and others on the south steps of the Mississippi State Capitol in Jackson, Miss. There are nearly 50 black women running for Congress this year, from McBath who is challenging GOP Rep. Karen Handel in Georgia to Republican Rep. Mia Love's bid for a third term in Utah. (Joe Ellis/The Clarion-Ledger via AP, File)

Women are not just running for office in record numbers this year — they are winning.

More women than ever before have won major party primaries for governor, U.S. Senate and House this year — setting a U.S. record and paving the way for November battles that could significantly increase the number of women in elected office and change the public debate on issues such as health care, immigration, abortion rights, education and gun control. Some of these candidates could also play a pivotal role in whether Democrats are able to take control of the U.S. House.

Most of these female hopefuls are Democrats, some of whom are first-time candidates who say their motivation to run sprang from President Donald Trump's election and Republican control of Congress. But other developments factor in, too. The #MeToo movement. Women's marches. Trump's nomination of conservative appeals court Judge Brett Kavanaugh to replace retiring Supreme Court Justice Anthony Kennedy. 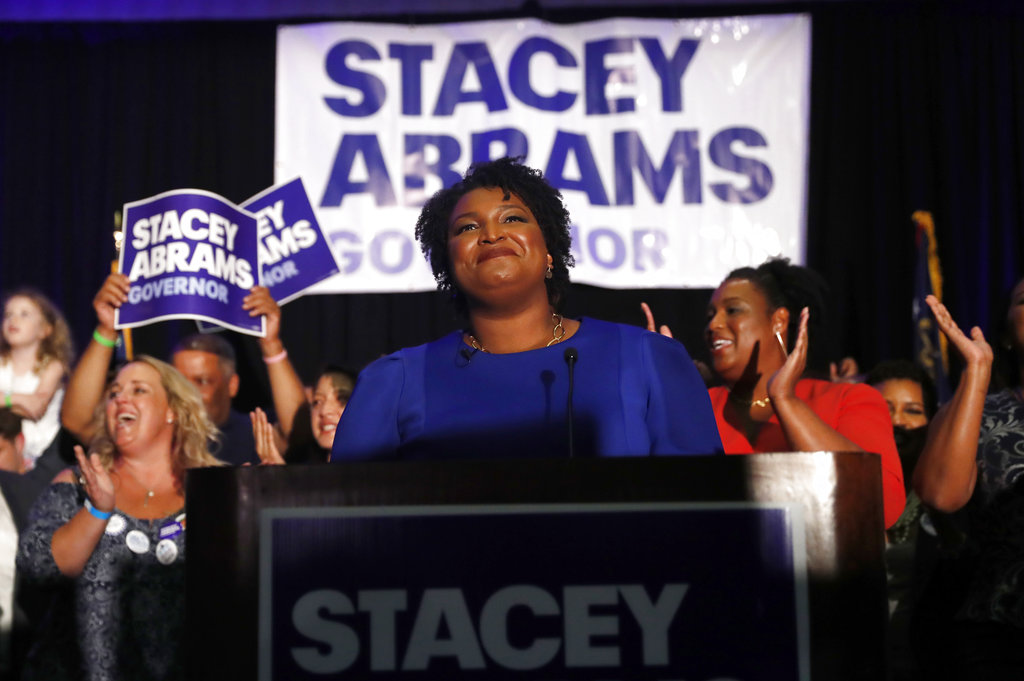 (FILE - In this May 22, 2018, file photo, Georgia Democratic gubernatorial candidate Stacey Abrams smiles before speaking to supporters during an election-night watch party in Atlanta. More women than ever before have won their primaries for governor, U.S. Senate and House this year. That’s setting a record and paving the way for battles in November that could significantly increase the number of women in elected office. (AP Photo/John Bazemore, File))

"Part of the reason I thought this race was possible, even despite great odds, was because of all the women who are so engaged in my community in a new way," said Democrat Mikie Sherrill, a former Navy helicopter pilot and federal prosecutor who looks to capture a GOP congressional seat in New Jersey.

Sherrill is one of some 200 women who have won their primaries for U.S. House, with 94 of these candidates surviving crowded fields with three or more candidates, according to an analysis of election results. Previously, the most women who had advanced were 167 in 2016, according to records kept by the Center for American Women and Politics at Rutgers University.

In the Senate, a record 19 women have won their primaries. And for the first time, 13 women have been nominated for gubernatorial races in a single election year.

And all these numbers are likely to grow with nine states yet to hold their primaries. Rhode Island Gov. Gina Raimondo and U.S. Rep. Gwen Graham of Florida are among nine women running for governor who will face primary voters in coming weeks. No more than nine women have ever led states at the same time. 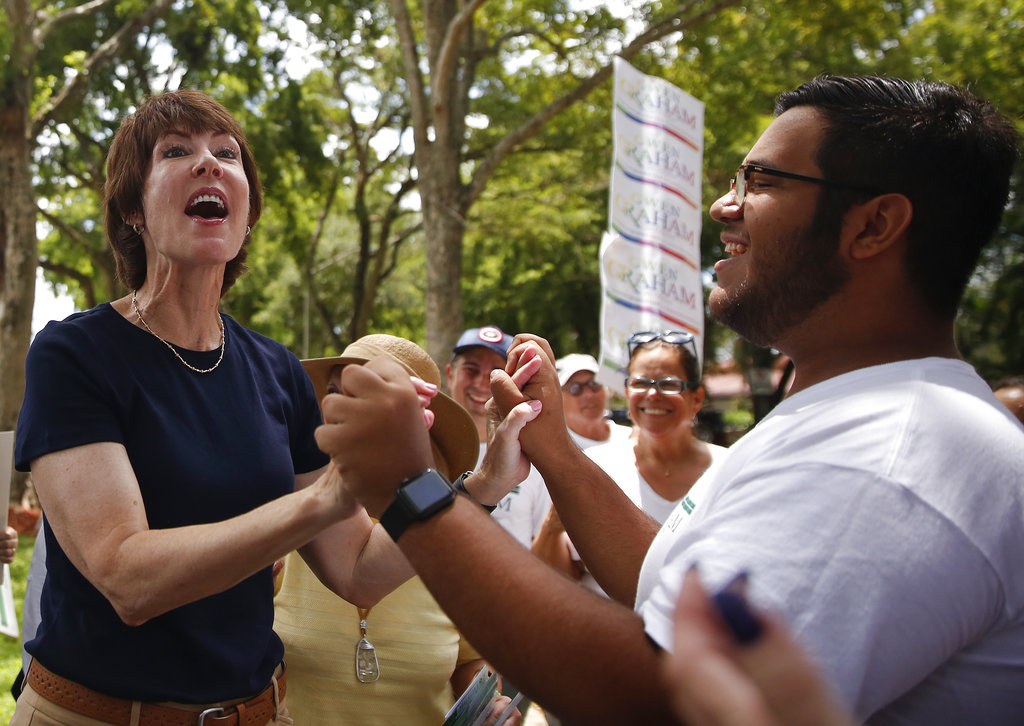 (Photo: Democratic gubernatorial candidate Gwen Graham thanks a campaign volunteer, Juan Sabater, 20, of Miami as she speaks to voters in an early "Get Out The Vote" tour in Miami Lakes, Fla. Rhode Island Gov. Gina Raimondo and U.S. Rep. Graham of Florida are among nine women running for governor who will face primary voters in coming weeks. No more than nine women have ever led states at the same time. (AP Photo/Brynn Anderson, File))

"We are seeing a level of enthusiasm among women voters that we haven't seen in a long time," said Democrat Laura Kelly, who is running for governor in Kansas and will need women, independents and moderate Republicans in her bid against Republican Kris Kobach.

There are few instances in which women — in a sense — have already won. For instance, two women will be competing to replace GOP Rep. Steve Pearce in New Mexico and the same is happening in races in Pennsylvania, Minnesota and Michigan. But overall gains will also be dependent on how well the 71 congresswomen running for re-election fare in November.

Success in November will go a long way to improving the nation's dismal record of female representation. Currently, women account for just a fifth of 535 U.S. representatives and senators, and one in four state lawmakers. Six of the nation's 50 governors are female. Meanwhile, women comprise slightly more than half the U.S. population.

Women appear to be running strong so far. As of mid-August, some 49 percent of women running for the House have advanced to the general election, with about 40 percent in the Senate and about 25 percent running for governor, according to an analysis of election results.

But that's no guarantee of victory this fall. Many of the women, particularly Democrats, are running in long-held Republican congressional districts or states where Republicans have consolidated support. 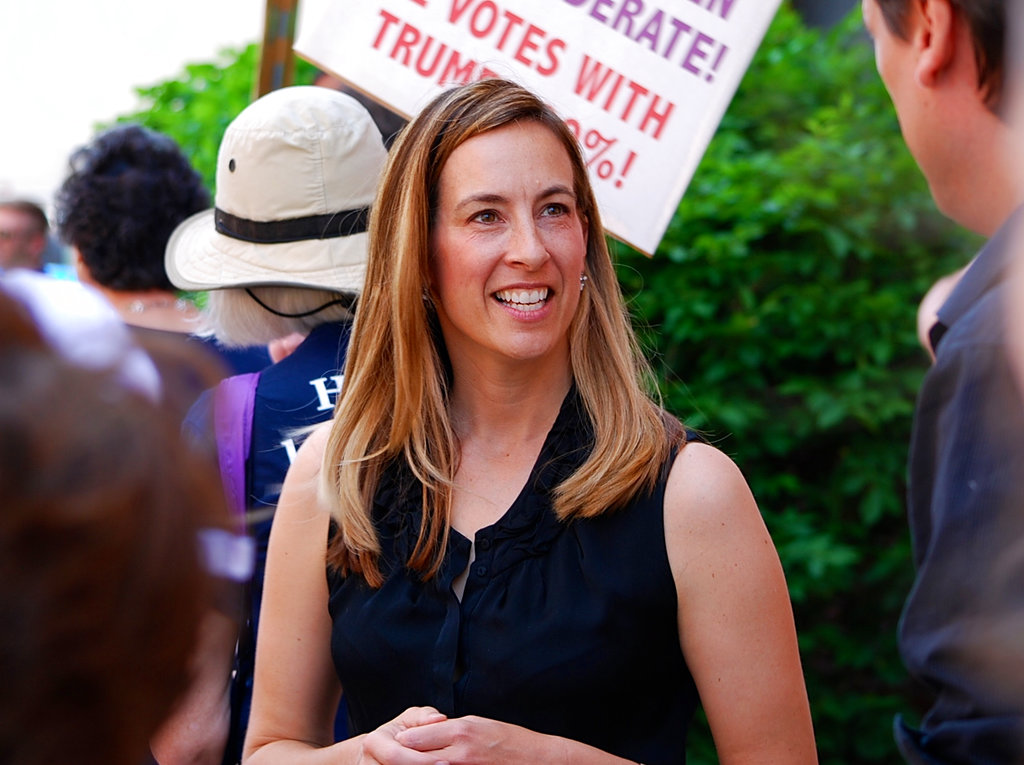 (Photo:In this May 19, 2017, file photo, Mikie Sherrill joins protesters with NJ 11th for Change outside of U.S. Rep. Rodney Frelinghuysen's Morristown office. Sherrill, a former Navy helicopter pilot and federal prosecutor, is looking to capture a GOP congressional seat in New Jersey. Sherrill is one of some 200 women who have won their primaries for U.S. House, with 94 of these candidates surviving crowded fields with three or more candidates, according to an analysis of election results. (Justin Zaremba/NJ Advance Media via AP, File))

One thing women have accomplished already is changing the tone and content of campaigns. They bring their children to rallies and some want their campaign money to pay for child care so they can run. On this count, Liuba Grechen Shirley, the Democratic candidate challenger to Republican Rep. Peter King, has succeeded. In May, the Federal Election Commission voted unanimously to allow the expenditure.

"I was told that with two kids, a husband who worked full time and no child care, that it was impossible," Grechen Shirley says in an online ad, noting her effort to change the policy. "Well, it wasn't impossible. It's just really hard."

Experienced combat veterans running for Congress this year are featuring their families in their ads as they speak with authority on national security and foreign policy.

"The old model is a little bit like trying to fit women into the mold of male candidates," said Deborah Walsh, director of the Center for American Women and Politics at Rutgers University. "Women had a very narrow path that they could navigate as candidates: What was appropriate to wear, what was appropriate to say. They also were asked: If you win, who is going to take care of your children? This is not a question that men are confronted with."

Beyond gender, these women are poised to usher in a wave of diversity next year. 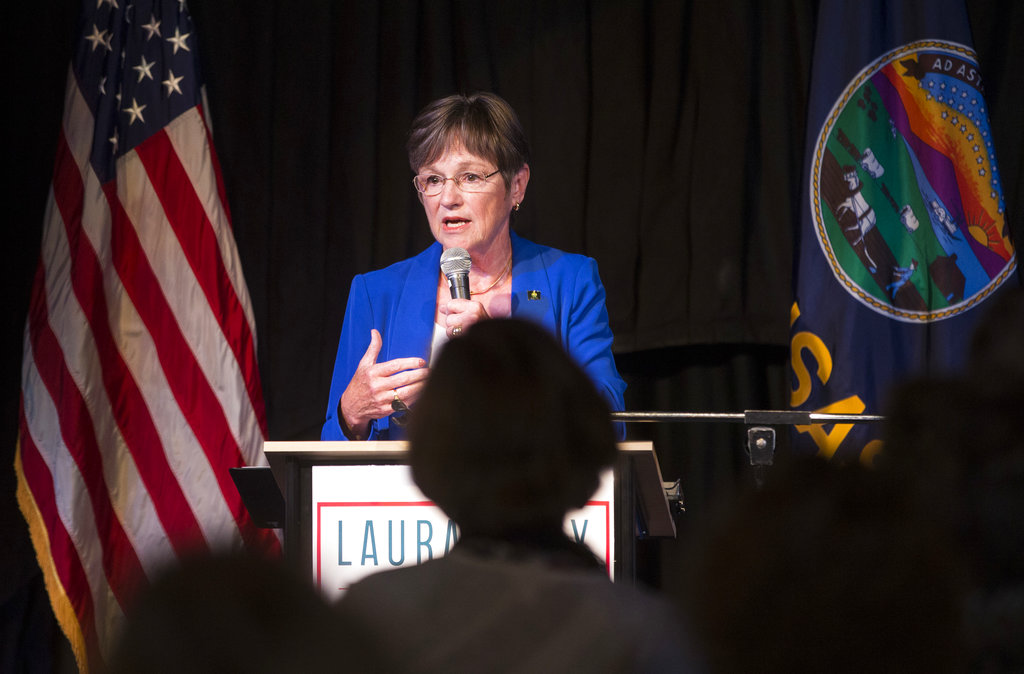 (Photo: Kansas governor Laura Kelly speaks to supporters at a watch party, in Topeka, Kan., after she won her party's nomination for governor during a primary election. Kelly is running for governor in Kansas against Republican Kris Kobach. (Travis Heying/The Wichita Eagle via AP, File))

Michigan will likely send the nation's first Muslim-American woman to Congress, after Rashida Tlaib beat a crowded field of Democrats for the 13th Congressional District. No Republican is running in November for the heavily Democratic seat.

There are nearly 50 black women running for Congress this year, from Democrat Lucy McBath who is challenging GOP Rep. Karen Handel in Georgia to Republican Rep. Mia Love's bid for a third term in Utah.

In Georgia, Stacey Abrams is aiming to become the nation's first black female governor while Paulette Jordan would be the first Native American governor in U.S. history if she wins her race in Idaho. And Democratic voters in Vermont recently selected Christine Hallquist as their nominee, making her the first transgender candidate to win a major-party gubernatorial nomination.

Black women are competing — and winning — not only in districts with a majority black electorate, but also in diverse districts across the country. Each victory is a vote of confidence in their leadership for those who step up, said Kimberly Peeler-Allen, co-founder of Higher Heights for America, which supports black female candidates and galvanizes black women as voters.

"In addition to black women wanting to be part of history, people are realizing that regardless of what you look like, the leadership of the country has been predominantly white and male for far too long," Peeler-Allen said. "Seeing the value of having diverse voices around decision-making tables is not limited to one demographic group, but includes people who want a more reflective democracy."

Defiant as Trump rages, Omarosa says she won't be silenced

AP source: It's not just audio, Manigault Newman has video