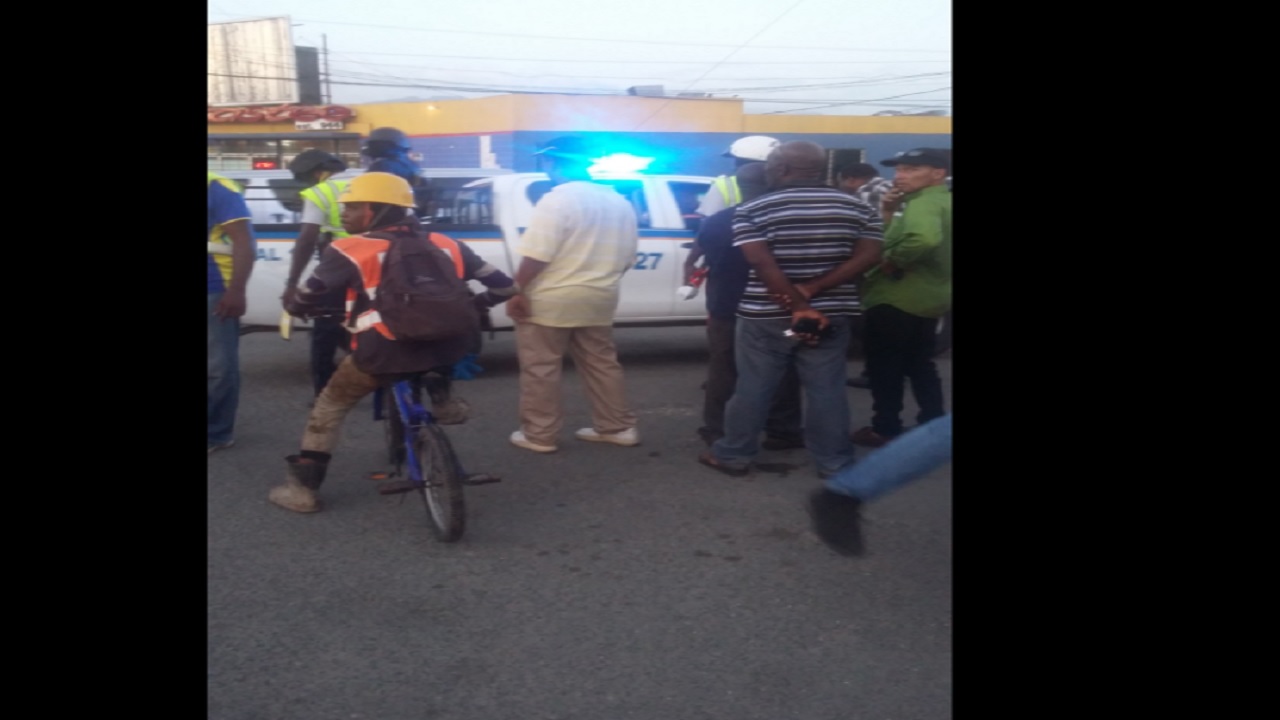 Onlookers gather at the scene in Three Miles where a man attacked and stabbed a female vendor on Monday.

A female peanut vendor is in hospital battling for life after she was attacked and stabbed by a man in a brazen display at Portia Simpson Miller Square (Three Miles) in St Andrew on Monday evening.

Reports are that at about 6:30 p.m., the woman who plies her trade in that area, was trying to catch a sale in the busy square when a man walked up to her and the two got into an argument and then the unthinkable happened.

“The man walked up to the woman, took out a knife more than six inches long, and then just stabbed the woman,” an alleged eyewitness told a Loop News team that is still at the location.

Seconds after the attack, members of a police team were passing through the area saw what was happening and came to the rescue of the female, who had been left lying on the ground in a pool of blood.

While some of the officers attended to the seemingly badly injured woman, some quickly latched on to the escaping attacker and managed to chase, corner and apprehend him.

In the meantime, the victim was rushed to hospital, where she has reportedly been admitted in serious condition.

The incident triggered anger and shock in the general area where the stabbing took place and the suspect was held, with onlookers demanding that the police release the man so that they could dish out their own brand of justice on him.

“It hurt me heart to see how the man deal with the woman. The man stab the woman and a fight to pull out the knife to get ‘way. Have mercy! How man can so wicked!” exclaimed a man on the scene, who was reduced to tears as he recounted the incident.

Female district constable attacked and chopped on duty in Hanover