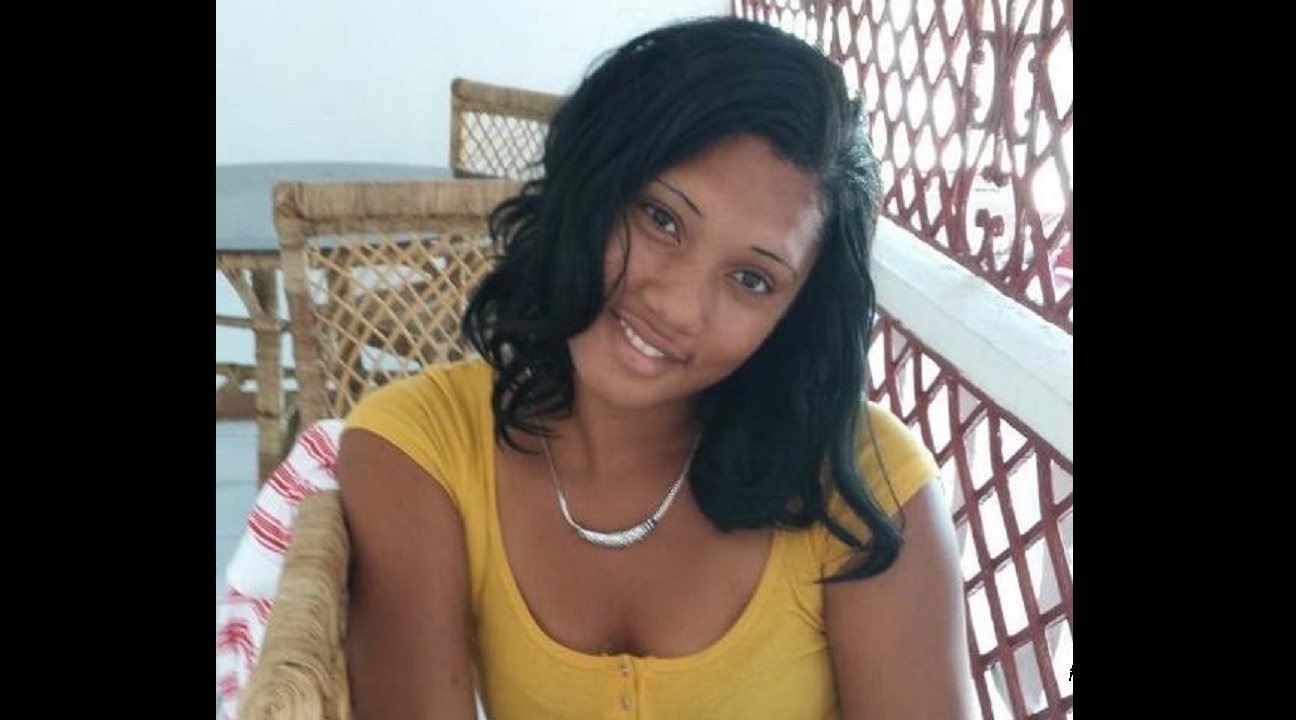 'Mel' is demanding that persons desist from sharing this photo of her linking her to an alleged love triangle that led to an ex-cop's death.

A woman is considering legal action after being falsely linked on social media to an alleged love triangle that led to the stabbing death of a retired policeman last Friday.

Homer Davis, popularly known as ‘Silver Fox’, was stabbed to death on Seaview Farm Road in the parish after he reportedly intervened in a dispute between a woman and her ex-boyfriend. Ajardo Lawrence, otherwise called ‘Cutty’ or ‘Gaza’, has since been held for the stabbing death of the ex-cop.

A subsequent blog post, which has been making the rounds on the internet, allege that a love triangle involving Davis, Lawrence and the woman in question led to the retired lawman’s murder. However, the woman identified in the post has refuted the claim and wants her name cleared.

The woman, who wished to only be identified as “Mel”, told Loop News that she doesn’t know the deceased, and added that she was previously in a relationship with the suspect but both went their separate ways some six years ago.

What’s more, she said she wasn’t even in Port Antonio at the time of the incident. A police source confirmed to Loop News that ‘Mel’ was in fact not the woman in the dispute that led to the ex-policeman’s death.

She said the allegation has caused hurt to her and her family, and discomfort in her current long-term relationship. Social media users, commenting on the blog post linking her to the incident, blamed her for causing the death of the beloved ex-cop, with some going as far as to use derogatory terms such as "dutty gal" to describe the young woman.

“It is uncomfortable, I cry so hard every time someone sends me the pic,” Mel said of the allegation.

“It has being affecting us so badly, especially me and my mom to know that I have never even date a cop in my life,” she said.

Mel said she reported the matter to the police, who advised her to take legal action against the perpetrators behind the ‘fake news’.

In the meantime, she’s asking that persons desist from sharing the blog post with the false information.

“Why use my pic beside two men when I am totally not even living in Port Antonio town?” she asked before warning, “If me and my family know who started to publish this pic with me and these men, it’s not going to be easy.”

Section 9 (1) of the Cybercrimes Act of 2015 states that a person who commits an offence by using a computer wilfully with intent to send to another person any data (whether in the form of a message or otherwise) that is obscene, constitutes a threat, or is menacing in nature; and intends to cause, or is reckless as to whether the sending of the data causes annoyance, inconvenience, distress, or anxiety to that person or any other person, can be fined not exceeding $4 million or imprisonment for a term not exceeding four years, or both, by a parish judge if the person is a first offender.