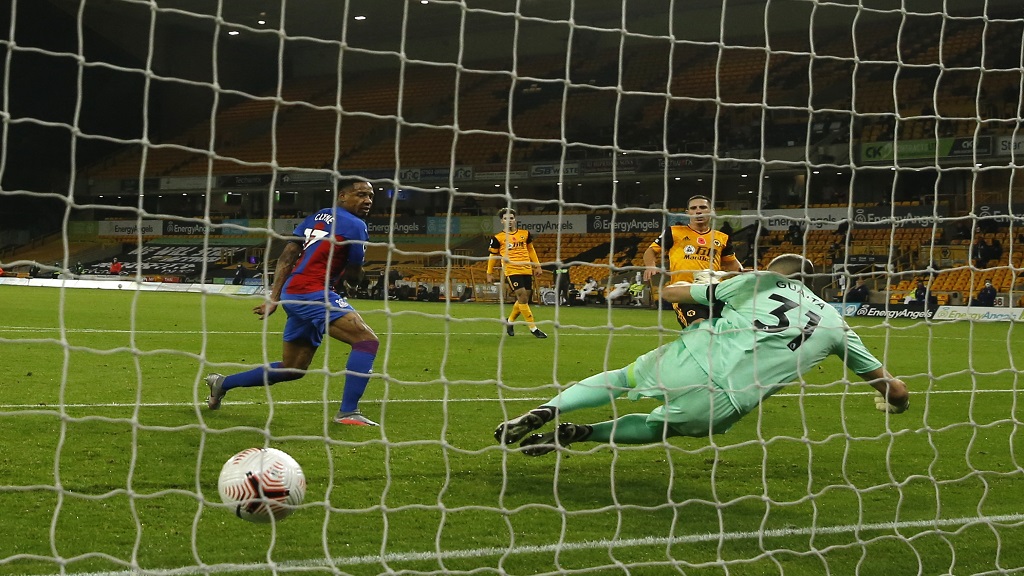 Wolverhampton earned a share of the English Premier League lead after beating Crystal Palace 2-0 on Friday.

Teenage defender Rayan Ait-Nouri's scored on debut for Wolves and Daniel Podence's other first-half effort highlighted their most complete performance in the league.

Wolves sit third, level on points with Everton and Liverpool, in their best start to a top-flight since 1979.

“It's massive for us. Huge,” Wolves captain Conor Coady told BT Sport. "We never put targets on where we want to go because you create unwanted pressure. We've got a long week now, we’ll enjoy the rest.”

Palace had a penalty correctly overturned by VAR, and a Michy Batshuayi strike was disallowed for offside but they were well beaten, and Luka Milivojevic was dismissed with four minutes left for a tackle on Joao Moutinho after referee Martin Atkinson's video review.

Wilfried Zaha struggled to make an impact as Palace missed their own chance to make a mark among the pace-setters.

The 19-year-old Ait-Nouri, who joined from Angers in the summer, scored from Cheik Kouyate's cross with a first-time drive in the 18th minute.

“I was smiling because football is like this: It's your first game and you score,” Wolves boss Nuno Espirito Santo told BT Sport. "To have goals all over the team is important. It’s what you need.”

Podence finished Pedro Neto's cross at the far post in the 27th.