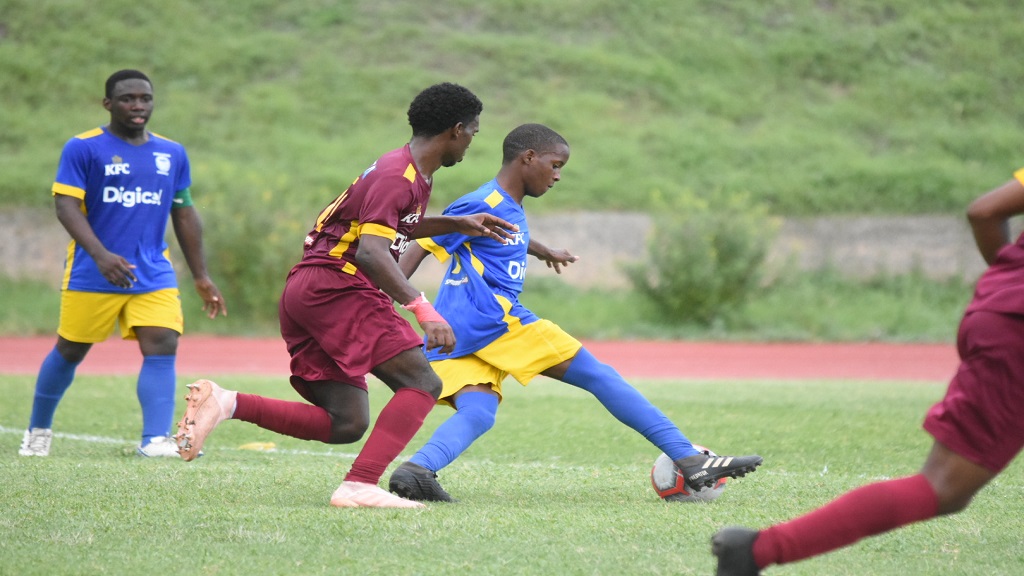 Ten-time champions Wolmer’s Boys bounced back to winning ways with a 5-0 victory against Jose Marti Technical High School, at Stadium East, in the latest round of matches in the 2019 urban area ISSA/Digicel Manning Cup football competition on Saturday.

The Heroes Circle-based school secured the big victory despite playing with 10 men after goalkeeper Kevon Kelly was red-carded in the first half.

The victory came two days after the Wolmerians dropped their first points in a 2-2 tie at Tarrant High, in what was their first match following the lightning strike incident during the game against group rivals Jamaica College (JC) on Monday, at Stadium East.

The lightning strike impacted five players. Two players, one each from JC and Wolmer's, were taken to hospital but both have since been released.

Wolmer's were leading JC 2-1 at the time of the lightning strike, with approximately six minutes of play remaining.

Before that game, Wolmer’s had beaten Vauxhall 5-0 at Stadium East and Innswood 8-1 at Chedwin Park.

Despite the victory on Saturday, Wolmer’s Boys remain second place in Group F with 10 points, two behind leaders JC on 12 points.

Mona High also secured a big victory on the day, beating Meadowbrook High7-1 at the Caymanas field for their second win this season.

As a result of the victory, Mona High joined Hydel High on seven points but are in second place in Group D courtesy of goal difference.

Camperdown High secured their fifth straight victory by beating Edith Dalton James High School 2-0 to open up an eight-point lead atop the table with maximum 15 points.

With the victory, eight-time champions Clarendon College moved to seven points to lead Zone H by three points ahead of Edwin Allen High in second place.

Over in Zone B, Frome Technical stretched their perfect record to four victories following a 1-0 win against Rusea’s High.  They are now on maximum 12 points, three ahead of second-place Rusea’s High, which started the day with a perfect record.

The Trelawny-based William Knibb lost 3-2 at Spot Valley High but despite the defeat remain atop Zone C with nine points. Spot Valley are two points behind in second place with seven points, courtesy of two victories, a draw, and a defeat.

Happy Grove were held to a 0-0 tie at Titchfield High as Port Antonio High reduced their lead in Zone L to one with a 2-1 victory at Fair Prospect.

Cornwall College protected their unbeaten record with a 3-0 victory over the visiting Maldon High to move to 13 points in Zone A, four-point ahead of second-place Anchovy High, which won 4-0 at Irwin High.