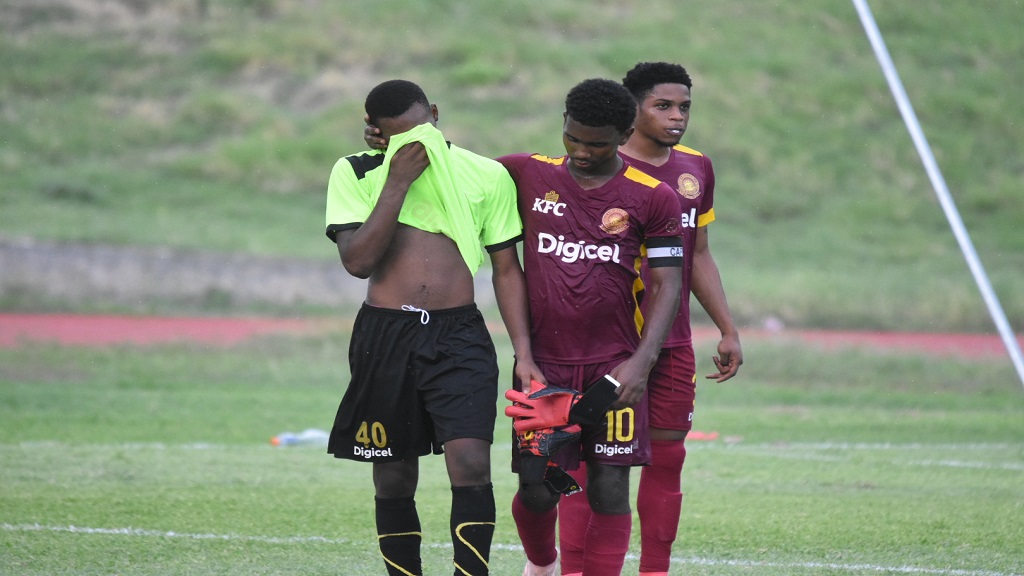 Wolmer’s Boys missed the chance to climb atop Group E of the 2019 ISSA/Digicel urban area Manning Cup football competition, as Jamaica College (JC) came from behind twice to snatch a 2-2 draw in their return game at the JC Ashenheim Stadium on Friday.

Ten-time champion Wolmer’s Boys were leading 2-1 in the closing stages of the match, but JC hit back to claim a crucial point when substitute Oquassa Chong beat goalkeeper Denzil Smith from a 25-yard freekick in the second minute of added time.

Wolmer's Boys went ahead for the second time through substitute Zhavier Lynch who gave the Heroes Circle-based team a 2-1 lead in the 76th minute,  but JC replied at the death.

The draw leaves Wolmer’s Boys two points behind 29-time champion JC, which cling on to the top spot with 16 points from six matches.

The first match between the teams on September 16 at the Stadium East field was called off with six minutes to play when several players were struck by lightning. Wolmer’s were leading the contest 2-1. The last six minutes of the match will be played at a later date.

Meanwhile, Vauxhall High closed within a point behind Wolmer’s Boys following a 2-1 victory at fifth-place Tarrant High. The schools had battled to a 1-1 draw in their first contest on September 16.

The first contest between the teams earlier in the season ended in a 2-2 draw at Royal Lakes, the home venue for Greater Portmore.

As a result of the victory, the three-time champion moved eight points clear of second-place Mona High in Group D. Camperdown had won by a similar scoreline when the school met earlier in the season.

Over in Group A, Holy Trinity High turned the tables on leaders Haile Selassie with a 4-1 victory at Winchester Park. Haile Selassie had won the first contest 1-0 at home.

The result means that Holy Trinity have moved from fourth place to second place with eight points, a point behind Haile Selassie.

Cumberland High are also on eight points but third in the standings as Holy Trinity have a better goal difference.

ZONE B
Hopewell vs Merlene Ottey
Green Island vs Frome