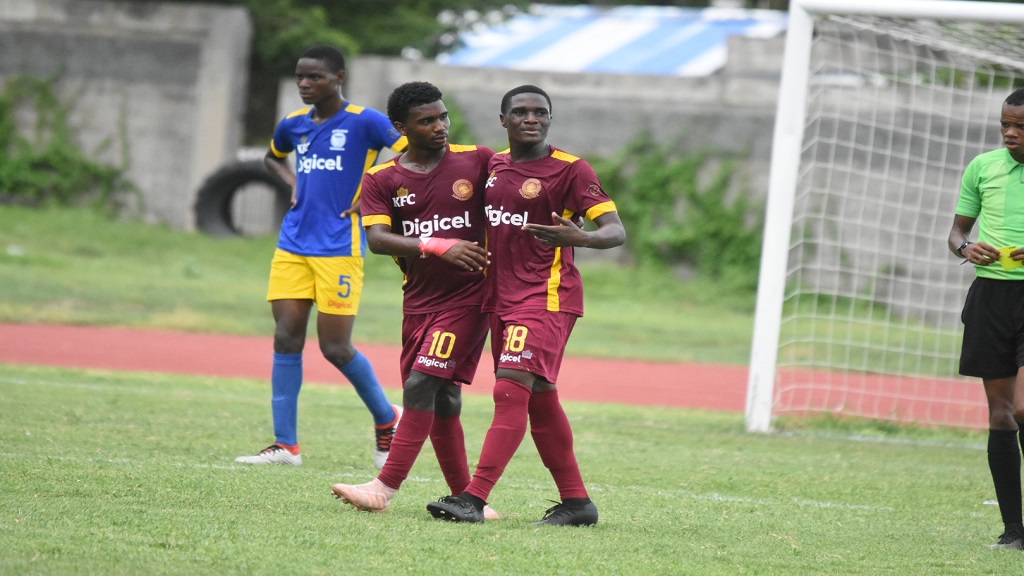 Former champions Wolmer’s Boys and Excelsior High along with Eltham High each moved a step closer to qualify for the second round of the 2019 ISSA/Digicel Manning Cup competition following the latest round of matches on Friday.

The victory pushed second-place Wolmer’s Boys to 20 points from eight matches, five behind JC, which have played a game more.

Third-place Vauxhall High won 4-0 at Greater Portmore High to secure a very important victory. They are on 16 points from nine games and with four points behind Wolmer’s Boys and a further nine adrift of JC, the Spanish Town-based school has a genuine chance of finishing in the top two with another three matches remaining.

The second round of the competition will feature 16 teams. At the conclusion of the preliminary round, the first two in each of the seven groups will advance to the next round along with the best third-place and next best third-place team.

With the victory, Excelsior moved to 15 points from seven games, nine behind runaway leaders KC, which have played a game more.

Third-place Kingston Technical High School (KTHS) secured a 1-0 victory at Cedar Grove High to move to nine points from seven games and with another three matches remaining can improve to second place for the other automatic qualifying spot from the group.

Eltham High virtually secured themselves the second automatic qualifying spot from Group F with a 3-0 victory at Ardenne High.

With the victory, second-place Eltham High moved to 16 points with one game remaining to complete their fixture.

Third-place Calabar High suffered a major setback following a 3-0 home defeat against St George’s College to remain on 10 points and with another two games remaining to complete their fixture, the Red Hill Road-based school can only finish the preliminary round with a maximum 16 points, which Eltham High have already reached with a game to go. As a result of that scenario, Eltham are strongly poised to join St George’s College as automatic qualifiers from the group.