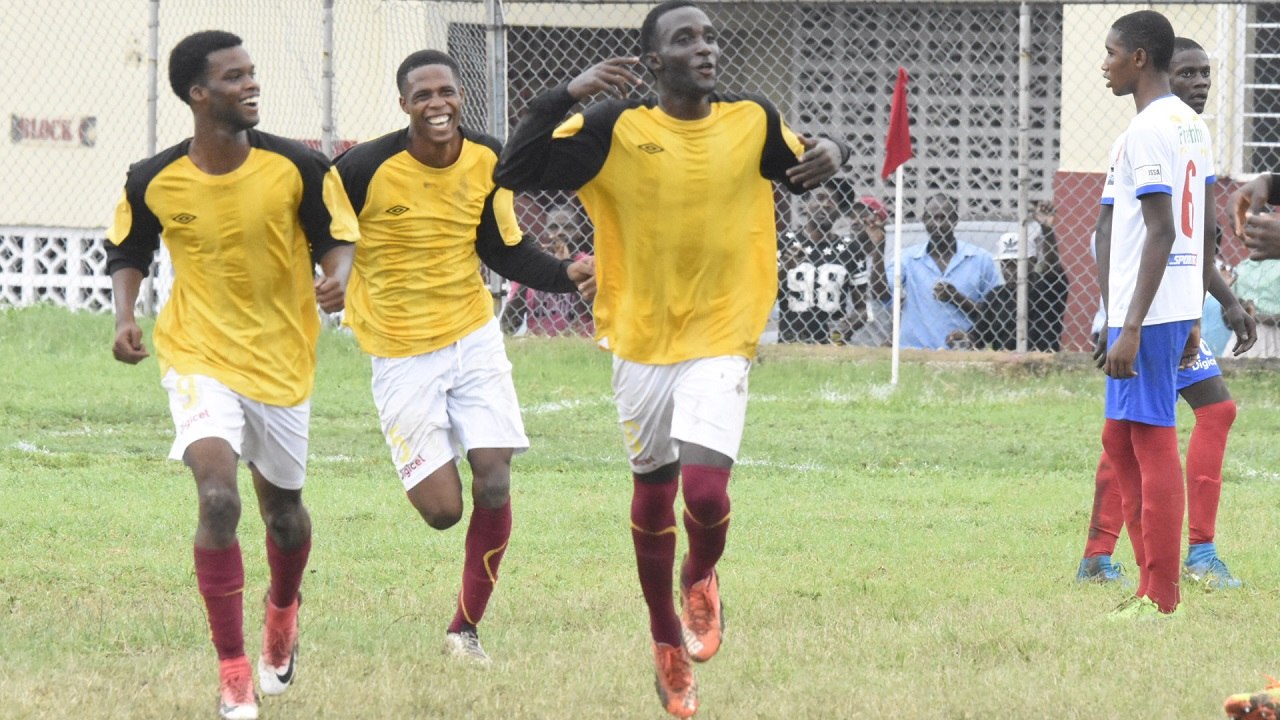 First-half goals by Kimani Gibbons in the 30th minute and Nickashe Murray in the 41st enabled Wolmer's to remain perfect after four games and move to 12 points. Holy Trinity got their goal through Roy Evelyn in the 57th minute.

Wolmer's are now sole leaders of the group, as they had started the match equalled on nine points and a goal difference of seven with Holy Trinity. The latter were leading by virtue of goals scored.

It was a fairly even first half, with Wolmer's, kicking towards the National Heroes Park, capitalising on defensive errors by Holy Trinity to separate themselves.

The first came when goalkeeper Kevaughn Ricketts left his line too early to intercept a pass, and was left stranded, as Shamour McLean beat him to the foot race to the edge of the penalty area, from a pass on the left flank.

Ricketts back-pedalled and recovered enough to block McLean's shot. The ball rolled to the right of the penalty area, but McLean was again quicker to it and passed inside to Gibbons, who fired through the recovering Holy Trinity defenders to score.

Holy Trinity was denied a good goal-scoring opportunity after an attack had Wolmer's goalkeeper Tajay Griffiths leaving his line to tackle Phillon Lawrence. The ball bounced to Dillon McEnnis, but with goalkeepr Griffith still out of position, referee Malica Reid blew for a penalty.

Reid consulted with his assistant Omar Mills and then reversed his original decision, instead, implementing a drop ball.

Wolmer's doubled their lead when a foul was committed to the right of the penalty area and the resulting free kick had Murray dressing back from his marker to receive the ball directly in front of goal at the top of the area before firing through a number of players to score.

The second half mainly belonged to Holy Trinity although Wolmer's always looked dangerous when they broke on the counter.

Trinity would pull a goal back when a pass from the right was collected by Evelyn to beat goalkeeper Griffiths.