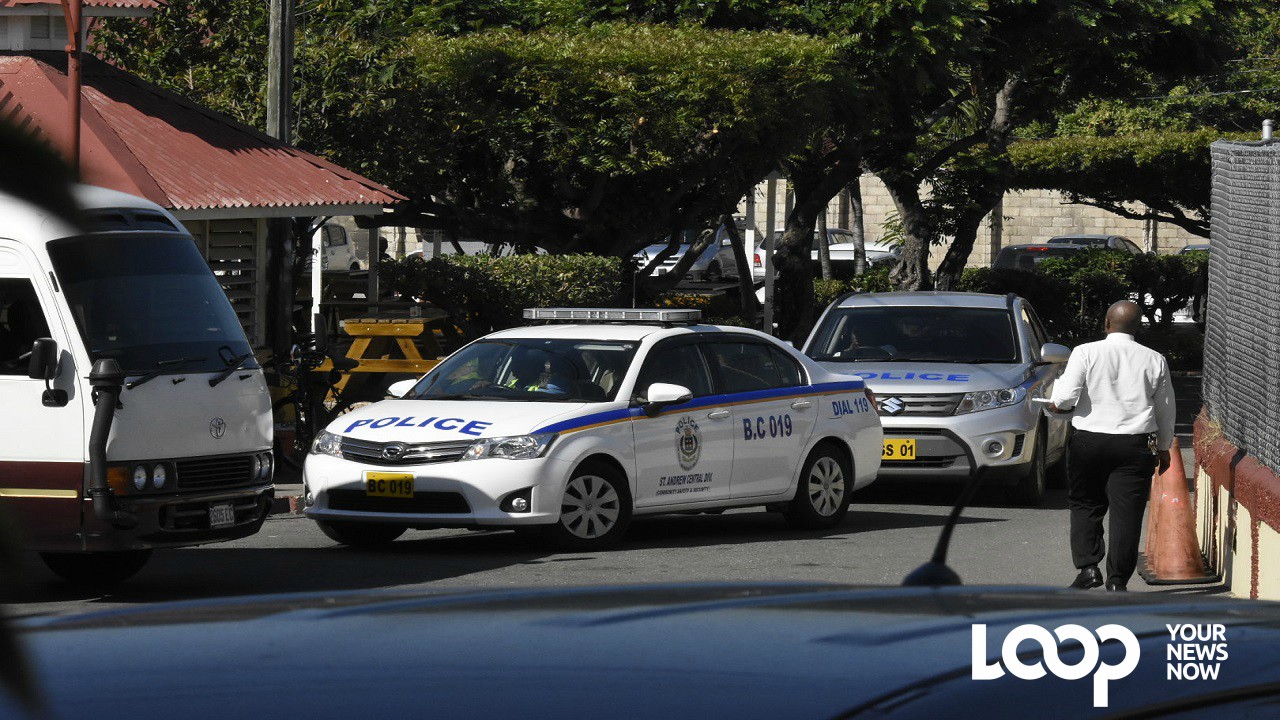 A February 2018 file photo of heavy security presence at the Wolmer's Boys' School in Kingston, following a shooting threat relative to the institution.

The administration of the Wolmer's Boys' School in Kingston has moved to take drastic action against several second form students who videotaped themselves hurling disrespectful sexual insults to the headmistress of the Wolmer's Girls' School last Friday.

On Monday, all second form students were summoned to a hastily-arranged hearing inside the school’s Douglas Orane Auditorium after footage of the students went viral on social media platforms over the weekend.

A source close to the school informed Loop News that the institution is currently investigating the incident and harsh measures will be taken against those found to have violated. The parents of some of the schoolboys involved have been summoned by the administration and word is that expulsion may be the final outcome.

In the video, the students were heard shouting sexual insults and describing the private parts of the neighbouring Wolmer's Girls' School principal in a most uncouth manner. Loop News is choosing not to publish the video due to the graphic nature of what was depicted.

The boys were reportedly incensed that they were denied entry to the junior section of the girls school by the senior educator, which is in keeping with a decades old tradition that Wolmer's Boys' students must have a legitimate reason to be allowed on the all-girl campus.

On Sunday, Loop News reached out to principal of the Boys School, Dwight Pennycooke, for a response to the video, but up until Monday evening, no response was forthcoming.

The Wolmer's group of schools and its alumni have prided itself on maintaining a reputation of being one of the most sought after secondary and primary level educational institutions in the Caribbean and the latest incident has thrown a negative spotlight on the all-boys school.

The video has drawn stern gushes of condemnation from old boys who have demanded that serious action be taken against the offending youngsters who reportedly recorded the video and posted it on social media.

The incident is the latest in a string of reports and allegations against Wolmer's Boys students that have reached the Loop News desk including threats of physical and sexual violence against female teachers and rank indiscipline being perpetrated by some rogue students, some of whom represent the school in various sporting disciplines.

It also once again raises the issue of pervasive indiscipline across schools nationwide, with a growing number of reports of students attacking teachers.