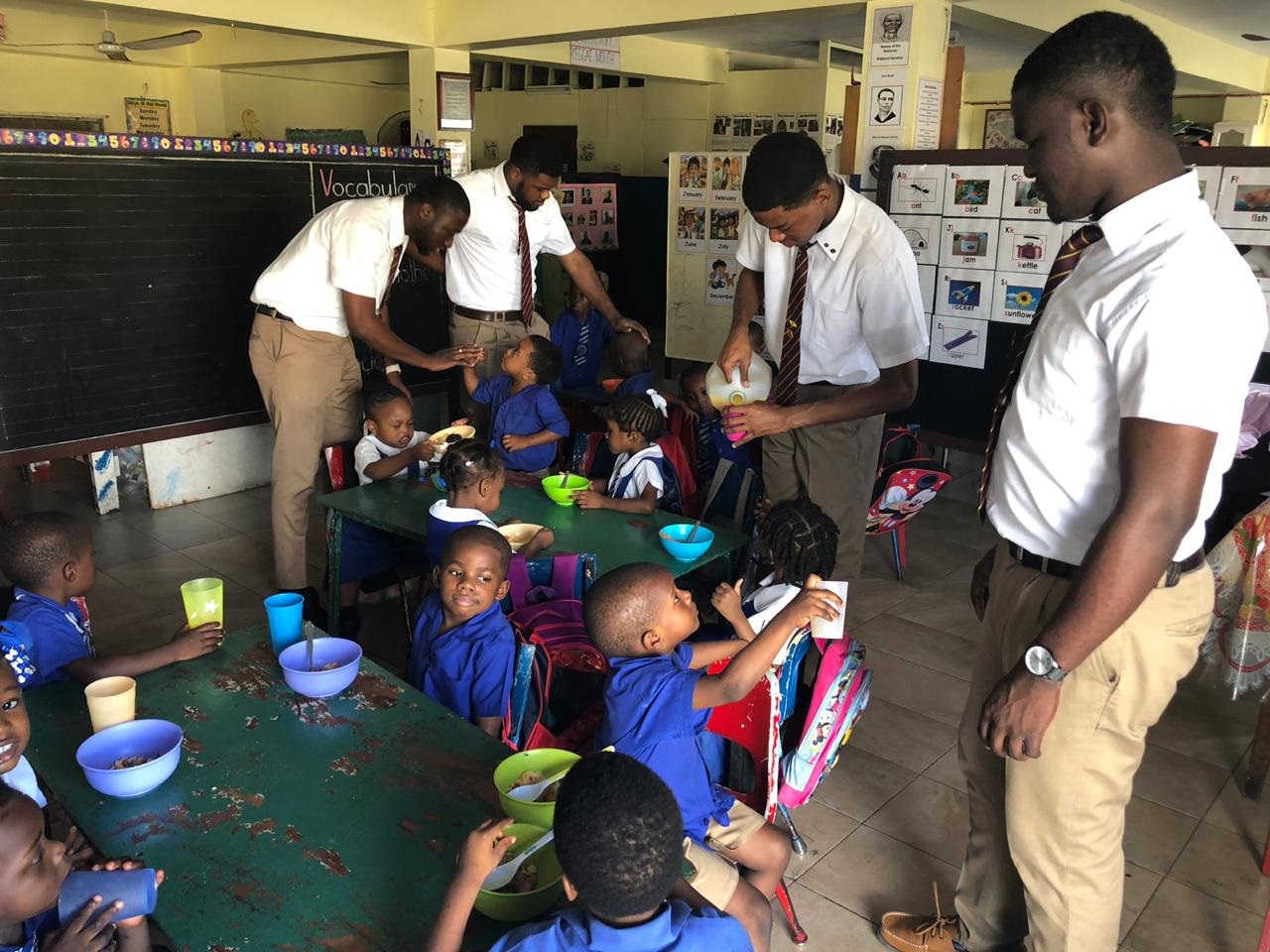 The Key Club and Culinary Club at Wolmers’ Boys School have partnered with the Hyacinth Rose Foundation to provide breakfast for children at Mulvina White Early Childhood Centre on Slipe Road in Kingston.

Approximately 20 students from Wolmers’ Boys with guidance from teachers Christopher Humber and Judith Campbell-Jones created an assortment of flavoured pancakes, scrambled eggs with sausages and cheese for 50 students.

“There is never a dull moment when serving people especially when these ‘people’ are less than two feet tall! Seeing that this project was a first for the club, we’re happy it turned out well especially for the beautiful kids at Mulvina,” said President of the Key Club, David Deslandes.

Deslandes said he hopes other Key Clubs will be inspired by the gesture, as the club approaches this year’s district convention under the theme, “ Endless Wukk, Endless Service” themed District Convention”. President of the Culinary Club, Trevon Fletcher noted that the team worked hard and learned from the experience.

The Key Club has visited the early childhood institution on several occasions to engage the children in activities. The club collaborated with the foundation to honour the altruistic life of Hyacinth Rose, who donated her time to undertake community projects including feeding the homeless among other service projects.

Community Relations Manager at the Early Childhood Commission, Tanisha Miller, said: “the initiative will positively impact children who gain from good nutrition. This act of kindness displayed by the clubs and the foundation shows that there are people who care about children, Jamaica’s most vulnerable. The work of these young men is a reflection of Standard 7 – Nutrition which states that ECIs are to provide children in their care with nutritious meals and model good nutritional practices for children and families.”