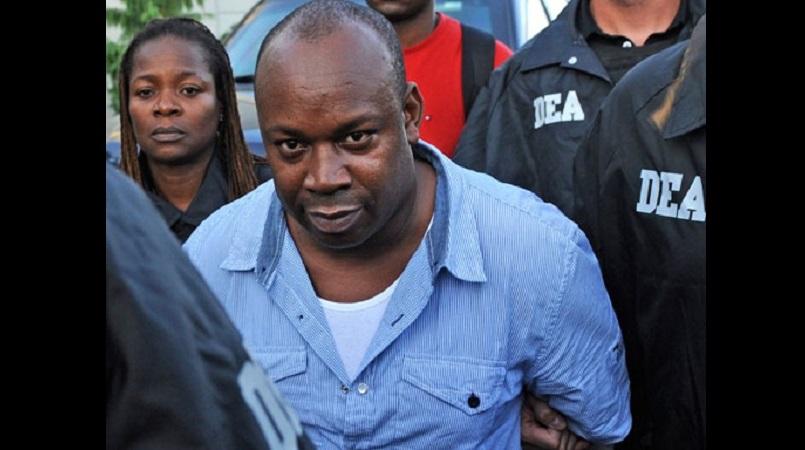 The informant who provided United States authorities with information that helped to bring down then Tivoli Gardens strongman, Christopher ‘Dudus’ Coke, is now fighting deportation from the US.

In a major development in the deportation case, the informant has told the US authorities that deporting him to Jamaica amounts to a ‘death sentence’.

In fact, the witness who was named in court documents as ‘Sean B’, was flown to Kingston on May 30 by operatives of the US Immigration and Customs Enforcement (ICE) after he was ordered removed from that country.

However, he was soon flown back to the US after an attempt was reportedly made to murder him just three days after he arrived in Jamaica, and following the intervention of his legal team which managed to sway a judge to rule in his favour.

But Sean B is not yet out of danger, as his case is still ongoing and he could yet be deported to Jamaica.

According to an article in Saturday’s edition of the New York Daily News, Sean B was a co-operating witness in the case against Coke from 2009, which made him a marked man.

He was known as ‘Cowboy’ in the Shower Posse that Coke was said to have headed.

“If I return to Jamaica, I am dead as soon as I get off the plane. I testified against one of the most powerful men in Jamaica," Sean B said in a sworn statement.

“Being a snitch in Jamaica is one of the worst things you can do, and I am branded as one for the rest of my life. I will be killed in Jamaica if I return,” he added.

According to the newspaper article, Sean B, who once served as a ‘general’ in the Shower Posse, did not seem to be exaggerating in his statement.

“Since (Sean B’s) testimony, his sister’s house was burned down, the house of his children’s mother was bombed, six of his cousins have been murdered, and his father was forced to flee the country,” New Jersey District Judge, Kevin McNulty, wrote in a ruling last Monday.

The life-or-death stakes were made clear during the witness’ "recent unwanted three-day return to Jamaica courtesy of ICE," the newspaper article said.

On May 30, immigration agents put him on a private plane bound for Kingston before the government received a restraining order signed by McNulty, blocking the deportation.

“What happened when he got removed was cinematic in terms of how insane it was,” Sean B’s attorney, Gregory Copeland, said

According to Copeland, the witness tried to lay low with a family friend, a sister and others.

“But during a walk outside, people were waiting for him with a machete and (a) sawed-off shotgun. Sean jumped over fences, hopped in a cab and frantically called his legal team back in the US,” Copeland said.

Three days later, the witness was back in ICE custody, thanks to Judge McNulty, who ordered that he be returned to America. US federal agents reportedly hid him in a hotel in Jamaica until he could be put on a plane, his other attorney, Craig Relles, said.

Sean B has been held in ICE custody since then.

“I find it quite likely that a person in that position in Jamaica - in hiding and under a threat of death - could not effectively litigate an immigration appeal,” McNulty wrote.

“Not to put too fine a point on it, the death threats, if carried out, would moot and defeat the review process.”

Sean B reportedly had numerous run-ins with US authorities before becoming a co-operating witness, including two deportations for illegal entry. After trying to enter the US a third time in 2009, he pleaded guilty to drug trafficking charges and began working with the US government.

He “was a critical witness in the Coke investigation. He testified at great personal risk to himself, and offered first-hand insight into Coke’s organisation and how it operated in Jamaica and the United States,” said John Zach, a lawyer who was one of the federal prosecutors on the Coke case.

In May 2010, an arrest warrant was issued by the Jamaican authorities for Coke, who was wanted by the US authorities on gun and drug-running charges. But, instead of surrendering, the feared strong man barricaded himself inside his Tivoli Gardens, West Kingston stronghold, and vowed to fight to the death. Several police stations were attacked and mayhem reigned across sections of the Corporate Area in the aftermath.

The security forces eventually entered West Kingston and during a three-days-long gun battle, at least 70 persons, including a member of the Jamaica Defence Force (JDF) were killed, but Coke and some of his close associates managed to escape.

A month-long operation was launched for his capture, and he was eventually held in June in the company of Reverend Al Miller on Mandela Highway in St Catherine, reportedly wearing a wig as disguise. He had reportedly been hiding out in St Ann.

The two were said to have been on their way to the US Embassy in St Andrew, where Coke reportedly intended to surrender.

Coke waived his right to a trial and was extradited the next day to face trial in the United States.

He is currently serving 23 years in a federal prison in that country.