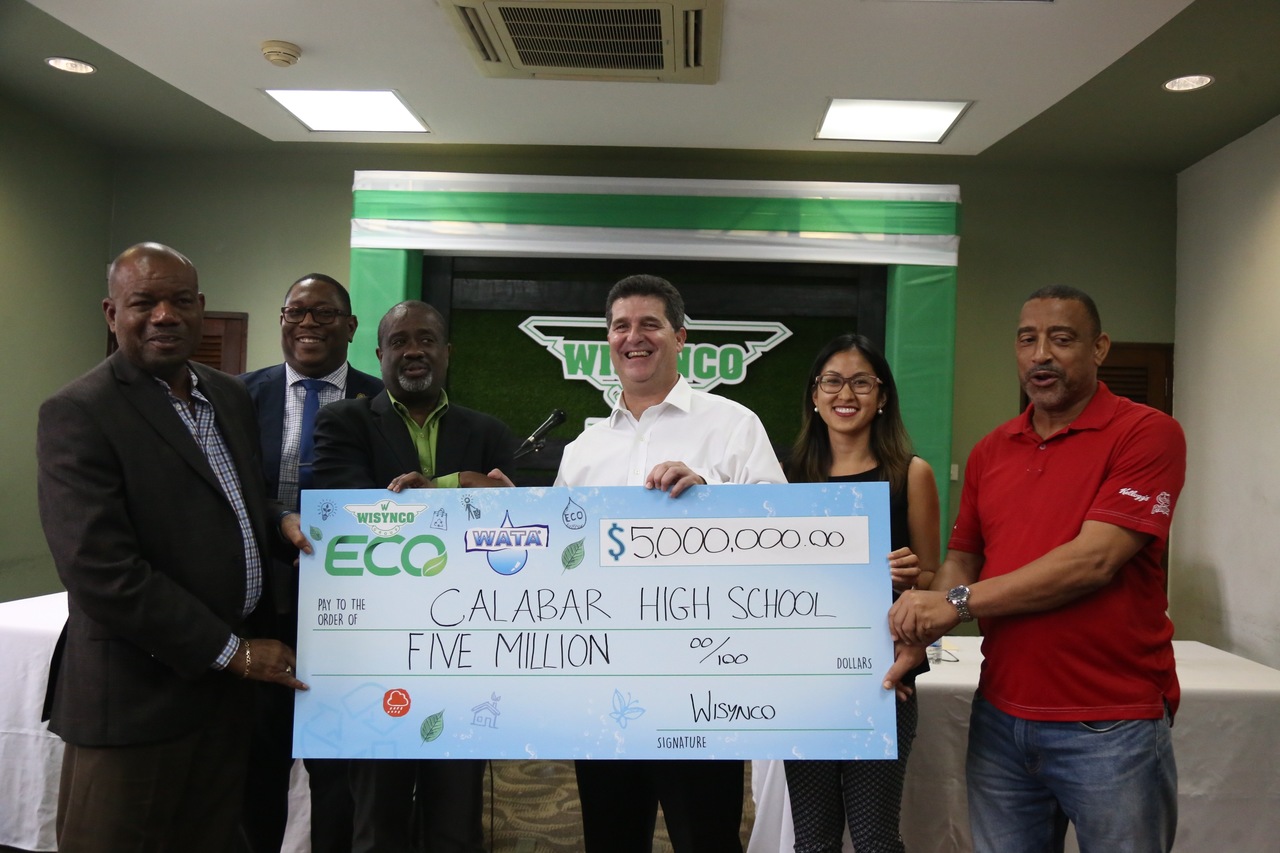 Chairman of Wisynco William Mahfood (third from right) presents a symbolic cheque for $5M for the renovation of a gymnasium at Calabar High School on Friday, September 28 at the Jamaica Baptist Union, founders of the educational institution, in Kingston. On hand for the occasion were (l-r) Calabar’s Principal Albert Corcho; Acting Principal Calvin Rowe; Board Chairman Rev Karl Johnson; Wisynco’s Food Service Divisional Manager Melissa Chuck and Director of Sales Hal Holness.

Wisynco is adjusting its portfolio of beverages sold directly to preparatory, primary and secondary school canteens across the island.

Effective November 1, the beverage maker will only sell beverages with a maximum of six grams of added sugar per 100ml, water and 100 per cent fruit juices to schools.

This is in line with the current proposal from the Ministry of Health regarding the sale of beverages in schools that is expected to go into effect January 1, 2019, according to Wisynco chairman William Mahfood.

“Obesity is a complex problem, caused by several different factors, and as a total beverage company we [Wisynco] recognize we can contribute towards its solution,” he said. “We encourage everyone to increase exercise as that is the primary way to ensure good health”.

The policy will apply to the canteens that purchase products directly from Wisynco and the school’s respective concessionaires.

“Our three major concessionaire partners Juici, Mothers, and Tastee are in support of our school policy and have committed to ensure total sector compliance for beverage sales to schools,” Wisynco said.

New products launched by Wisynco or through brands Wisynco distributes may be included in the future, granted that they meet the stipulated guidelines.

The portfolio choice is also based on conversations with public health, diet and nutrition specialists, with industry professionals and institutions, Wisynco noted in a press release.

The company went on to encourage other merchants – who get the supplies at other points of sale (supermarkets, wholesale networks, for example) to participate in raising awareness and join the initiative to promote a balanced diet.

Mahfood announced the move last Friday, at a press briefing for its Loyalty Programme to assist secondary schools with school improvement projects. 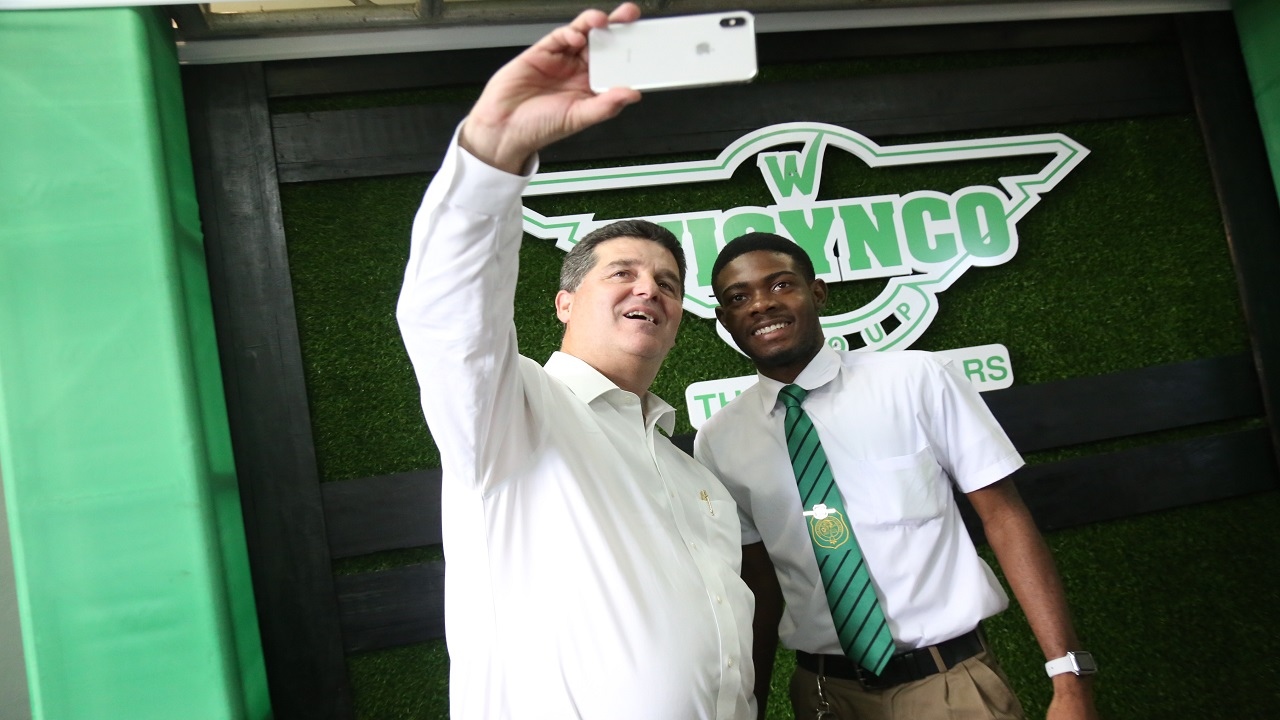 Wisynco welcomed Calabar High into its school Loyalty Program with a $5 million support toward exercising and sporting activities, and announced a change in their school beverage portfolio focused on hydration and nutrition.

Last August, Calabar High and Wisynco signed a five-year agreement giving $5 million upfront for the renovation of the school’s gymnasium through the loyalty programme.

David Miller, President at Calabar High School said the support from Wisynco is a partnership aimed directly at strengthening the school’s sports programmes through the creation of a modern gymnasium facility, which will further the development of student athletes and broaden reach in schoolboy sports.

“At the same time, our partnership will bring greater awareness of a healthier lifestyle, to our student and teacher population as well as the wider Calabar family. We thank Wisynco for their ongoing support," Miller said.

Wisynco’s Loyalty Program uses a rebate generated from the schools purchases which can be used for scholarships, financial aid, school improvement projects (for example the purchase of appliances, sporting equipment, building of classrooms, green houses, courtyard aesthetic, and roof repair).

“These programs are far reaching and the benefits extend past those attending the school. The impact can be felt throughout surrounding communities and is a direct investment in youth development in sports. Over the last year alone, the loyalty programme has seen monies paid directly to 49 schools in the sum of $17.5 million,” highlighted Wisynco chairman Mahfood.

Another school that has benefited from the Loyalty program is St Elizabeth Technical High School (STETHS), which was gifted a set of stadium-style lights for the school's athletic field in September 2017.

The new lights have significantly helped with STETHS hosting tournament games such as the DaCosta Cup, which Wisynco’s brand WATA, is the title sponsor this year.