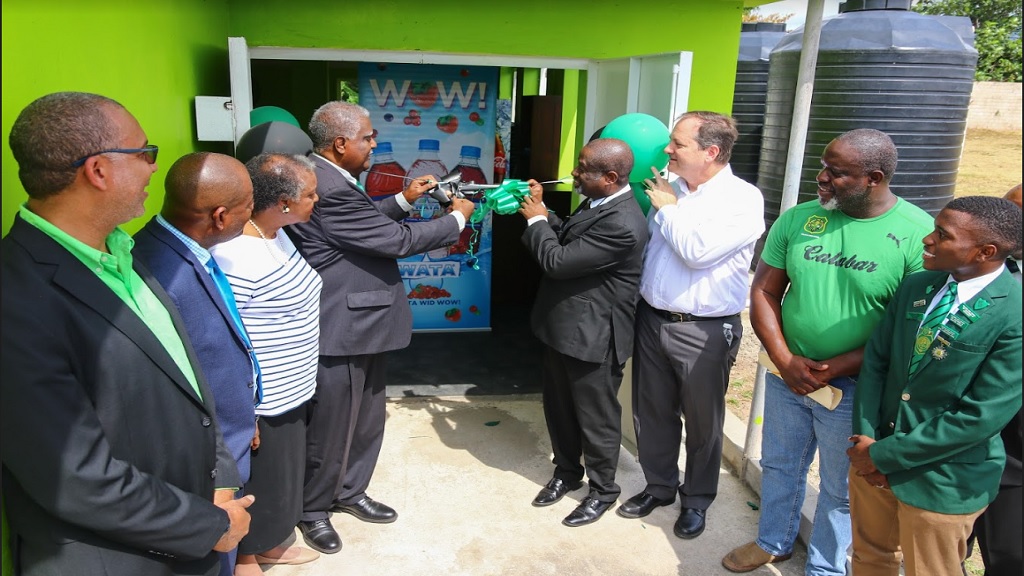 Calabar High, with assistance from Wisynco Group Limited, recently opened doors to a long-awaited gymnasium at the institution.

The newly constructed gym comes as a major addition to the Calabar Sports Complex.

The milestone achievement was made possible through a Memorandum of Understanding signed in late September 2018 with the Wisynco Group. The agreement facilitated the construction of the gymnasium through an initial donation of $5m through Wisynco’s Loyalty Programme - which aims to provide assistance for developmental projects in schools.

According to Director of Marketing and IT at Wisynco, Francois Chalifour, the new structure stands as a testament to Wisynco’s commitment to youth and community development. “Wisynco is very happy to be a part of these kinds of opportunities. In keeping with our loyalty programme, we reach out to schools in an effort to give back to society. We will continue to endeavour to partner with projects such as these which are positioned as possible income earners for our nation’s schools.” shared Chalifour.

The facility, named in honour of Calabar old boy and celebrated public servant Dr Vincent Lawrence, has resulted from years of anticipation and effort from the Calabar Old Boys’ Association (COBA). The fully equipped gymnasium is now poised to fulfil the preparatory needs of the strong athletic programmes at the school and properly aid the development of student-athletes.

Calabar Principal, Albert Corcho spoke to the facility being named in Dr Vincent Lawrence’s honour during an opening ceremony. “He has been one of the most outstanding old boys. He was the sponsor of the track that we have here [Calabar Sports Complex] and it is very fitting that we name this gym in his honour.”

Captain of the badminton team and current Head Boy at Calabar, Garfield Wallace believes the opening of the gym was quite timely.

“There will be a need for use of these equipment come Champs [Boys’ and Girls' Athletics Championships] time. A big big thank you to Wisynco and all who contributed to building and equipping this gym because given that a big part of our legacy is track and field, with this gym we can be more efficient, mentally and physically."