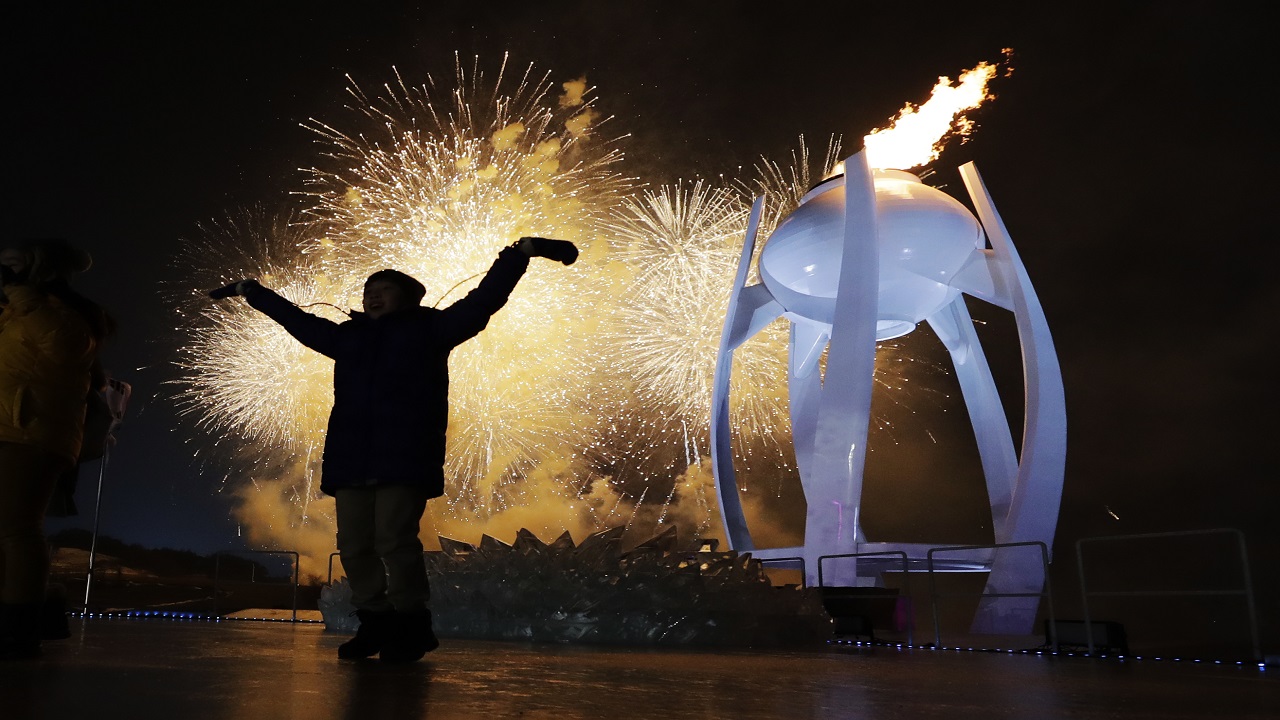 A young performer participates in the opening ceremony of the 2018 Winter Olympics in Pyeongchang, South Korea, Friday, Feb. 9, 2018.

Athletes from North and South Korea presented a united front as the opening ceremony kicked off Pyeongchang 2018 in spectacular fashion on Friday.

The host nation's stance on welcoming their neighbours from the north to this year's Winter Games was hailed by the International Olympic Committee (IOC) as the embodiment of the Olympic spirit.

With Kim Yo-jong - sister of North Korean leader Kim Jong-un - in attendance, the ceremony passed in a blaze of dazzling light displays, accompanied with hundreds of choreographed dancers and the traditional entry of competitors from each participating country.

The last team out were the Koreans, with athletes from north and south of the border entering the arena together under a united flag, prompting a huge cheer from the crowd.

That moment was certainly the abiding image of a ceremony which provided no shortage of highlights. 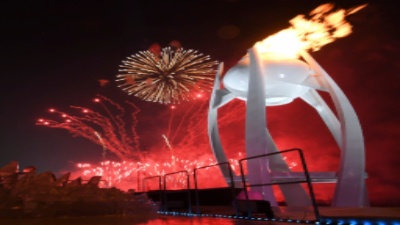 IOC president Thomas Bach addressed the stadium, calling on all at the Games to take inspiration from what they had just witnessed.

"A great example of this unifying power is the joint march here tonight of the two teams from the National Olympic Committees of the Republic of Korea and the Democratic People's Republic of Korea," Bach said.

"We thank you. All the athletes around me, all the spectators here in the stadium, and all Olympic fans watching around the world… we are all touched by this wonderful gesture. We all join and support you in your message of peace."

Take a bow, Pita Taufatofua. The Tongan was touted as the hero of the opening ceremony at Rio 2016, when he entered the - considerably warmer - stadium shirtless while waving the flag of his nation.

Taufatofua competed in taekwondo two years ago, but has since turned his focus to cross-country skiing, and was therefore given the honour of carrying Tonga's flag for a second straight Olympics.

Despite temperatures below freezing, Taufatofua again arrived with his torso exposed, braving the cold with a wide smile.

DONALD, IS THAT YOU?

Away from the glare of the television coverage, two unwanted guests were escorted away from the stadium by security staff.

In a bizarre stunt, two men dressed as Kim Jong-un and US president Donald Trump were led from the premises, down in the bowels of the arena.

Aside from the traditional proceedings, the ceremony organisers put on a spectacular visual and audio show.

A quartet performed John Lennon's Imagine, before a stunning drone display formed the Olympic rings in the sky above the stadium.

Finally, Yuna Kim - a hero in South Korea following her figure skating gold medal at Vancouver 2010 - lit the Olympic flame to get the Games under way in earnest.

Jamaica is among the countries competing at the PyeongChang Games as 30 years after the country's men bobsleigh team made its first historic appearance at a Winter Olympics, Jamaica has now qualified a women's team.

Jamaica will be led in PyeongChang  by Jazmine Fenlator, who competed for USA as a push-athlete at Sochi 2014.

American-born Fenlator switched to join her father's native Jamaica in 2015.

Fenlator will be joined in the team by brakewoman Carrie Russell, who won a gold medal in the 4x100m relay at the World Athletics Championships in 2013 and Audra Segree, who also competed on the track as a sprinter.

Action in  bobsleigh begins on February 15.

Pence to lead US delegation to Olympics