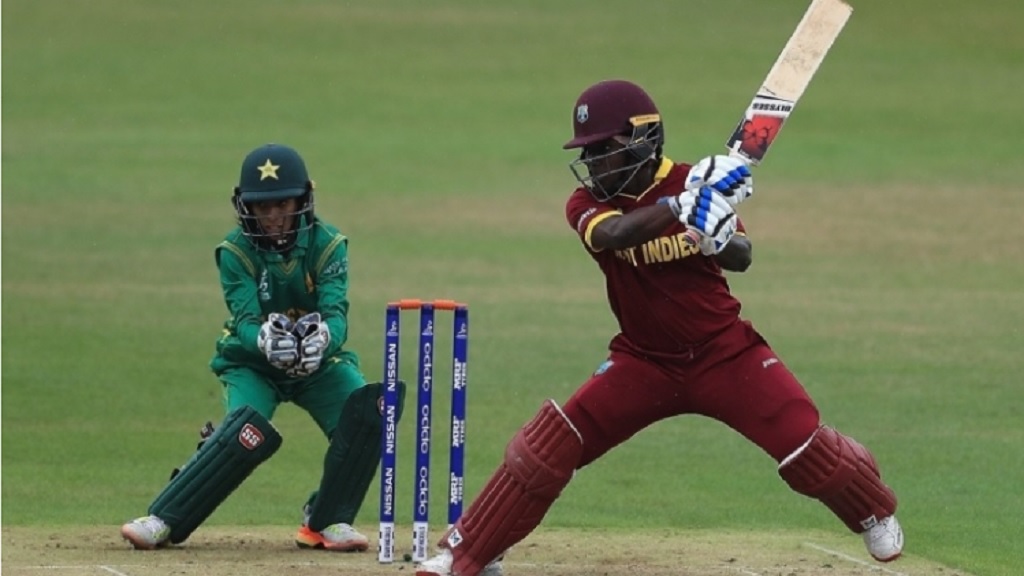 West Indies Women defeated Pakistan Women in a Super Over tiebreaker on Friday to take an unassailable 2-0 lead in the three-match Twenty20 series in Pakistan.

The Pakistan Cricket Board is staging the series in a bid to showcase its ability to host international matches.

International cricket was suspended in Pakistan in March 2009 due to security fears after terrorists had attacked the vehicles carrying the Sri Lankan team and match officials to the Gaddafi stadium.

However, international cricket returned to the country in May  2015 but there has been little action

Deandra Dottin led West Indies Women to the victory in the Super Over after the teams ended in a tie after the regulation 20 overs.

Needing 133 to win the Windies Women needed 13 from the final over.

Chinelle Henry got seven of them off the first two balls, hitting a four first ball and then running three off the next. Captain Merissa Agulleira then ran two before she was stumped off the fourth ball of the over with the Windies still needing four to win.

They only managed three as the Windies got to 132 for 6, matching Pakistan’s 132 for 4 from their 20 overs batting first.

It would go to a Super Over to decide the winner. Enter Dottin, who scored an unbeaten 90 on Thursday to see the Windies Women to a 71-run victory.

She faced six balls from Sana Mir and smashed a four, two sixes and ran two for 18 runs in the over. Pakistan in response lost the wickets of Aliya Riaz and Nida Dar and was only able to score one run thus handing the visitors an unassailable 2-0 lead in the three-match series.

Earlier, Javeria Khan hit 26, captain Bismah Maroof scored 31, and Nida 25 not out as Pakistan compiled 132 for the loss of four wickets. Aliya Riaz also contributed an unbeaten 23 from 13 balls

In reply, Dottin scored 22 from 24 balls but it was Shemaine Campbelle who top-scored with 41 who laid the foundation for the Windies reply.

Together with Kycia Knight, who scored 32,  the pair mounted a second-wicket stand of 54 to see Windies seemingly well set at 82 for 1 after 14 overs.

However, the Windies Women lost two wickets in seven balls as Pakistan fought back and forced the Windies to win it in the Super Over.