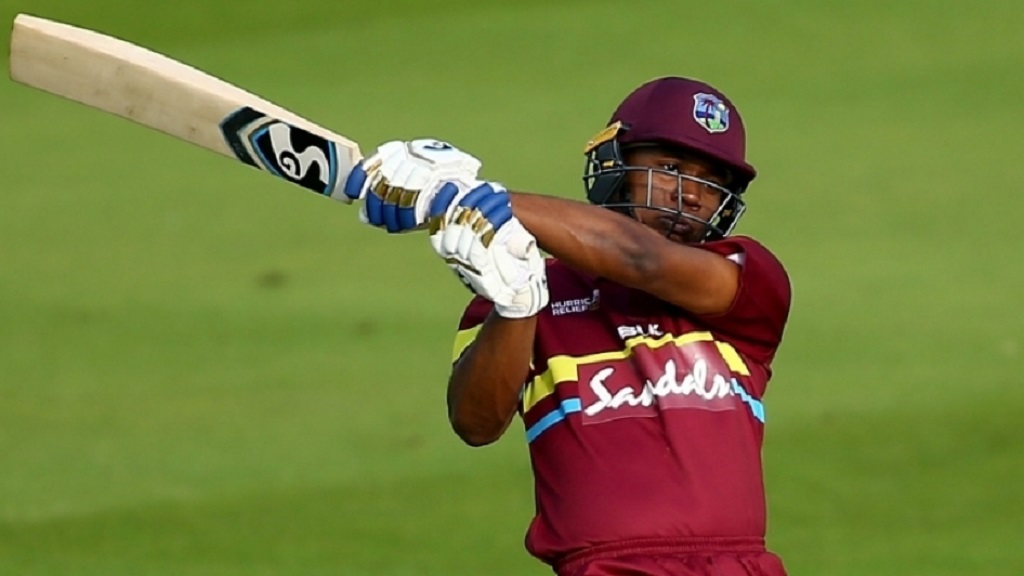 Evin Lewis on the go.

West Indies defeated Ireland under the Duckworth Lewis method on Sunday at the National Stadium in St George’s, Grenada, to sweep their three-match One Day International (ODI) cricket series.

West Indies won the toss for the first time in the series, and inserted Ireland, who made 203 from 49.1 overs. Rain interruptions resulted in the score being adjusted by the Duckworth Lewis method, with West Indies needing 197 to win from 43 overs.

In their chase, West Indies made 199 for five from 36.2 overs, still having 64 balls left, with Evin Lewis making 102 from 97 balls with six fours and five sixes. Lewis, who made 99 in the first match of the series, was named Man of The Match and Man of The Series.

Nicholas Pooran supported Lewis with 43 from 44 balls with five four and one six, as well as Brandon King, who got 38 from 43 balls with four fours and one six.

When Ireland batted, Andrew Balbirnie made 71 from 93 balls with six fours and two sixes, as the other batsmen failed to reach any respectable score.

Hayden Walsh captured four wickets for 36 runs from 10 overs, and Oshane Thomas three for 41 from 9.1 overs, for West Indies.

It was the second time within a couple of months that West Indies were securing a 3-0 series victory, as they got by Afghanistan last November.