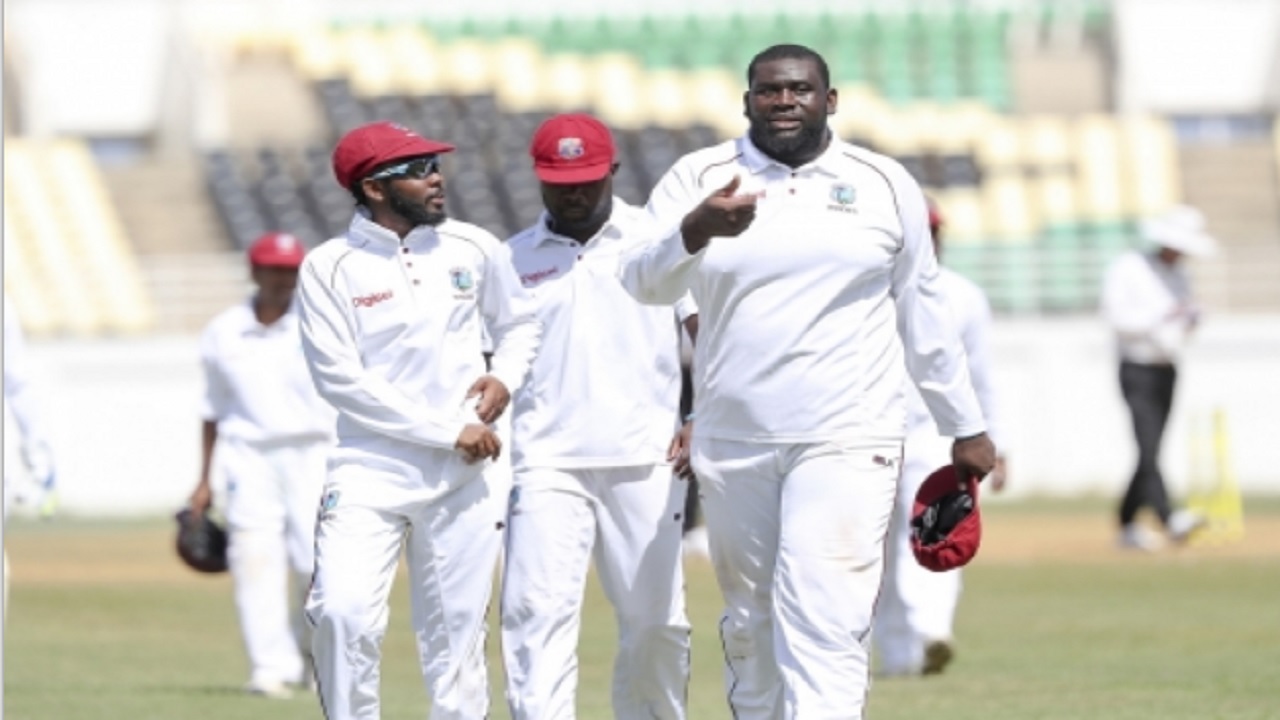 West Indies A are in a strong position against England Lions entering Wednesday's third day and penultimate day of the day/night third and final four-day 'Test' in Antigua.

The West Indies will resume at the Sir Vivian Richards Stadium on 157 for four, an overall lead of 291 with Jahmar Hamilton on 36 and Shane Dowrich on 13.

John Campbell (22) and Keiran Powell (28) put on an opening stand of 54 before a mini-stumble which saw West Indies A losing three wickets for 19 runs in 67 balls as Dominic Bess (3 for 45) threatened to undo the work of the Windies bowlers.

Warrican pushed his tally in the series to 26 wickets when he ran through the Lions line-up to return figures of six for 33 off 18.1 overs as England crumbled to 102 all out off 54.1 overs after they resumed on 20 without loss and requiring a further 216 runs for first innings lead.

Cornwall got in on the act with three for 46 off 24 overs.

Only Haseeb Hameed managed a score of any note top scoring with 48 before he was trapped lbw by Warrican. Only two others, opener Keaton Jennings (16) and Paul Coughlin (11) got into double figures as England’s batsmen struggled to negotiate the spinners.

West Indies A are aiming for a clean sweep after comfortably winning the first two 'Tests' in Jamaica.