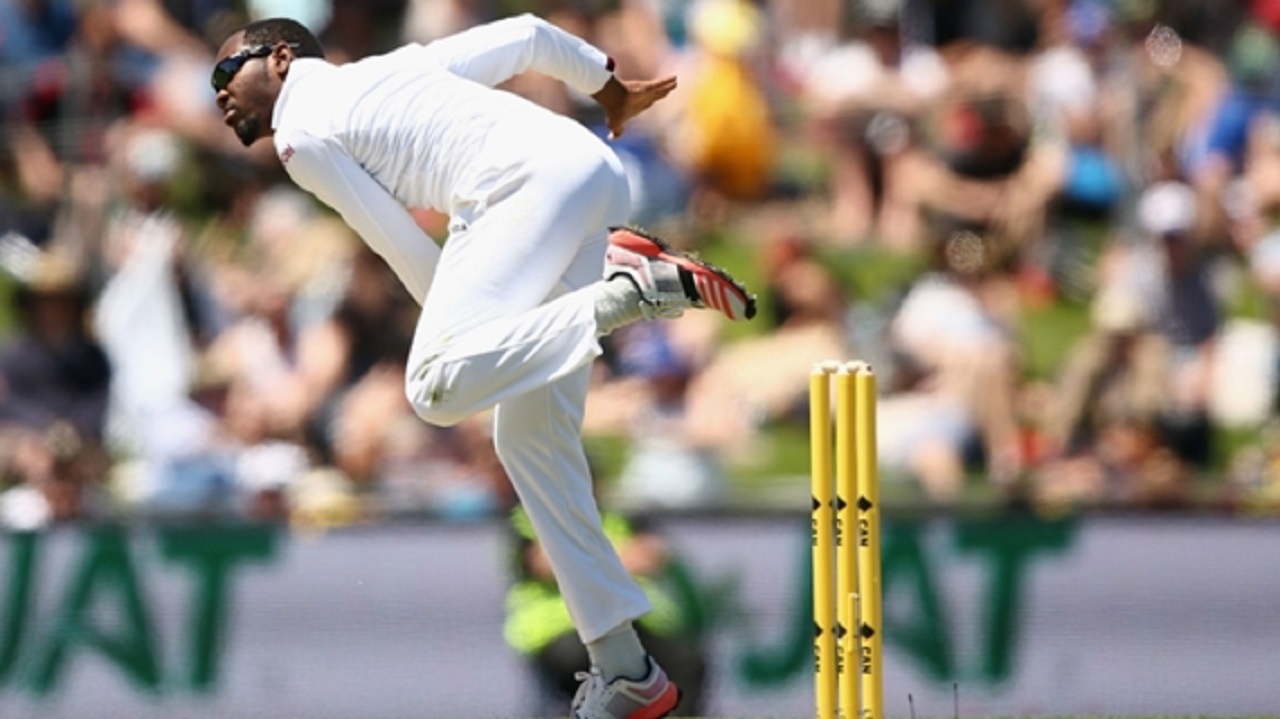 Jomel Warrican has been recalled to the West Indies squad for the Test series against India along with Sunil Ambris.

Warrican has not played for the Windies since facing Australia in January 2016, but the spinner was on Wednesday named in a 15-man squad for a two-match series in October.

Batsman Ambris is also included, having missed the drawn home series with Sri Lanka and a 2-0 whitewash of Bangladesh after breaking his arm when he was struck by a short ball from New Zealand seamer Neil Wagner in the second Test in Hamilton last December.

Chairman of selectors Courtney Browne said: "The panel congratulates Jason Holder and his team on the excellent performance against Bangladesh.

"As the team embarks on a tough tour of India the successes against Sri Lanka and Bangladesh should hold them in good stead during the India series.

"The panel welcomes back Sunil Ambris, who missed the last couple of series due to injury, along with Jomel Warrican who adds a second spin bowling option to the attack."

The Windies will also play five one-day internationals and three Twenty20 matches against Virat Kohli's side.

3 Jamaicans in Windies B squad for Summerfest in Canada