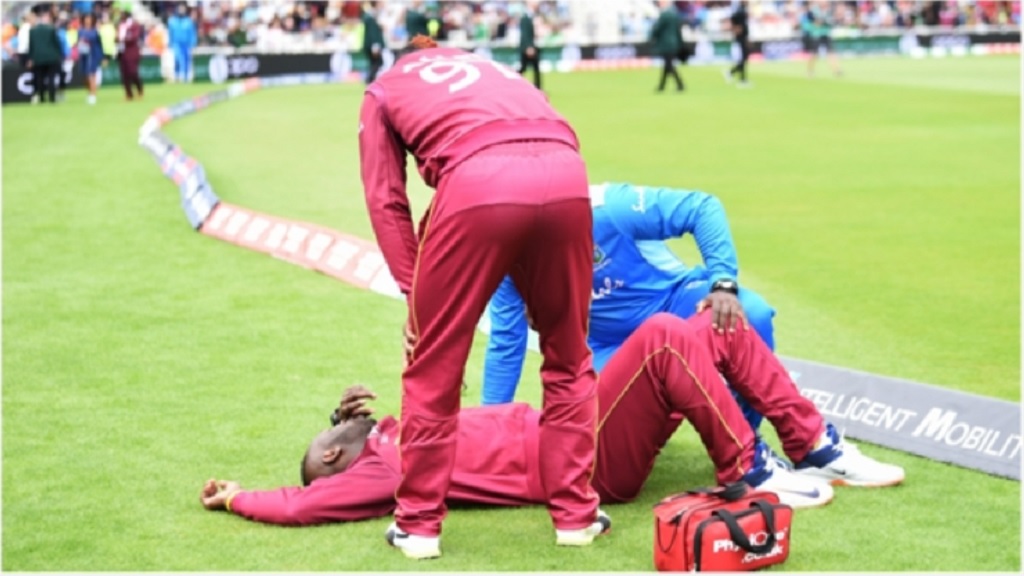 The Jamaican pair of Andre Russell and Chris Gayle will be monitored after sustaining knocks in West Indies' emphatic Cricket World Cup win over Pakistan on Friday.

Russell, who took 2-4 from three overs of predominantly short-pitched bowling, and Gayle, the only player to reach 50 with the bat, each contributed significantly to a brilliant seven-wicket win in Nottingham.

However, Russell was treated for an apparent ankle injury he sustained towards the end of Pakistan's innings, while Gayle looked to be suffering from a back problem shortly before he fell to Mohammad Amir.

Windies captain Jason Holder is optimistic the duo will have time to recover, with their next match not until Thursday against Australia.

"[Russell] limped off the field, so we're just obviously going to monitor him over the next few days and see how he pulls up for our second encounter against Australia," Holder said.

"I, myself, am not 100 per cent sure what's actually going on with Andre.

"As I said, we've got five days before our next game, so we'll just assess him over the next few days and we'll see what happens."

On Gayle, the skipper added: "[It is the] same thing. After the game, I was eating and what not, so I'm not exactly sure what's going on with Chris, too.

"But the mere fact they sent the physio back off the field is a promising sign, so again, we've got five days to see how he pulls up."