Windies hit back after teenage debutant Nayeem makes his mark 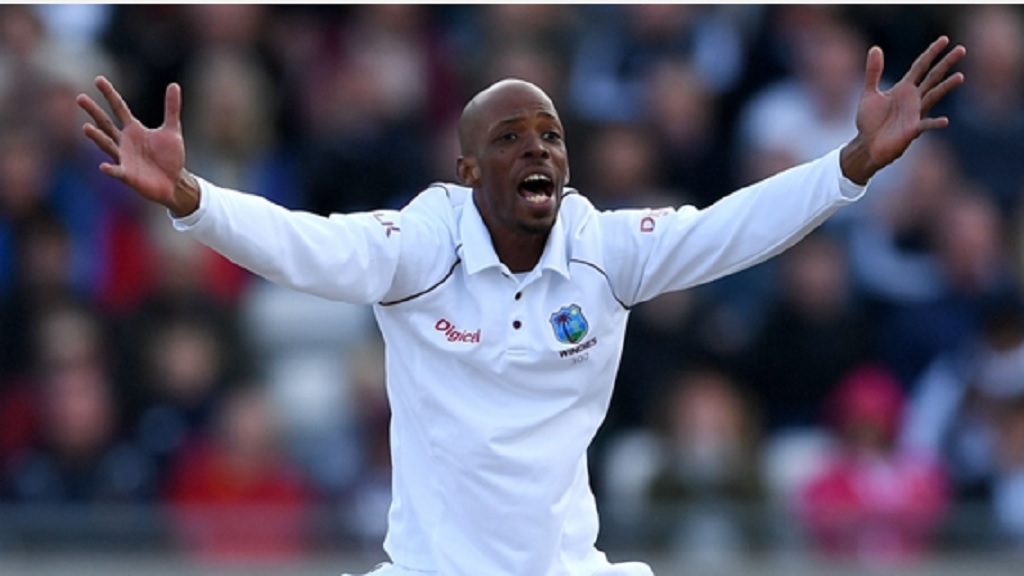 Nayeem Hasan became the youngest Test debutant to claim a five-wicket haul but West Indies hit back with the ball after Bangladesh secured a first-innings lead on an eventful day two of the first Test in Chittagong on Friday.

Spinner Nayeem turns 18 next week and the celebrations started early as he took 5-61, the Windies only making 246 all out in reply to 324 despite half-centuries from Shane Dowrich and Shimron Hetmyer.

Jomel Warrican (2-22) and Roston Chase (2-16) then took two wickets apiece in tough batting conditions to reduce the Tigers to 55-5, leading by 133 after 17 wickets tumbled on the second day of the first Test.

Shannon Gabriel was not used by Kraigg Brathwaite and the tourists will have to do without him in the second Test after the paceman was suspended for one match for making inappropriate and deliberate physical contact with Bangladesh batsman Imrul Kayes on day one.

Warrican wrapped up Bangladesh's first innings in quick time, finishing with figures of 4-62 after Nayeem edged to Shai Hope at first slip and Mustafizur Rahman was trapped leg before three balls later.

Shakib Al Hasan produced a peach of a delivery to bowl Hope and removed Brathwaite in the same over, reducing West Indies to 31-3 after Taijul Islam – who finished unbeaten on 39 – got rid of Kieran Powell.

Chase made a brisk 31 before becoming Nayeem's first victim and the teenager struck again in his next over, Sunil Ambris trudging off after being given out leg before following a review.

Hetmyer (62) went into one-day mode in a stand of 92 with Dowrich, smashing four sixes in a swashbuckling 47-ball knock before falling caught behind to the excellent Nayeem.

Dowrich also went on the attack, coming down the track to strike Mehidy Hasan for two sixes, but was left stranded on 63 after Nayeem removed Devendra Bishoo, Kemar Roach and Warrican in quick succession.

The Windies needed quick wickets with a first-innings deficit of 78 and they hit back brilliantly in the final session to leave the match intriguingly poised.

It was the spinners doing the damage, Warrican cleaning up Kayes and seeing the back of Shakib after Chase dismissed Soumya Sarkar and first-innings centurion Mominul Haque before Bishoo bowled Mohammad Mithun.