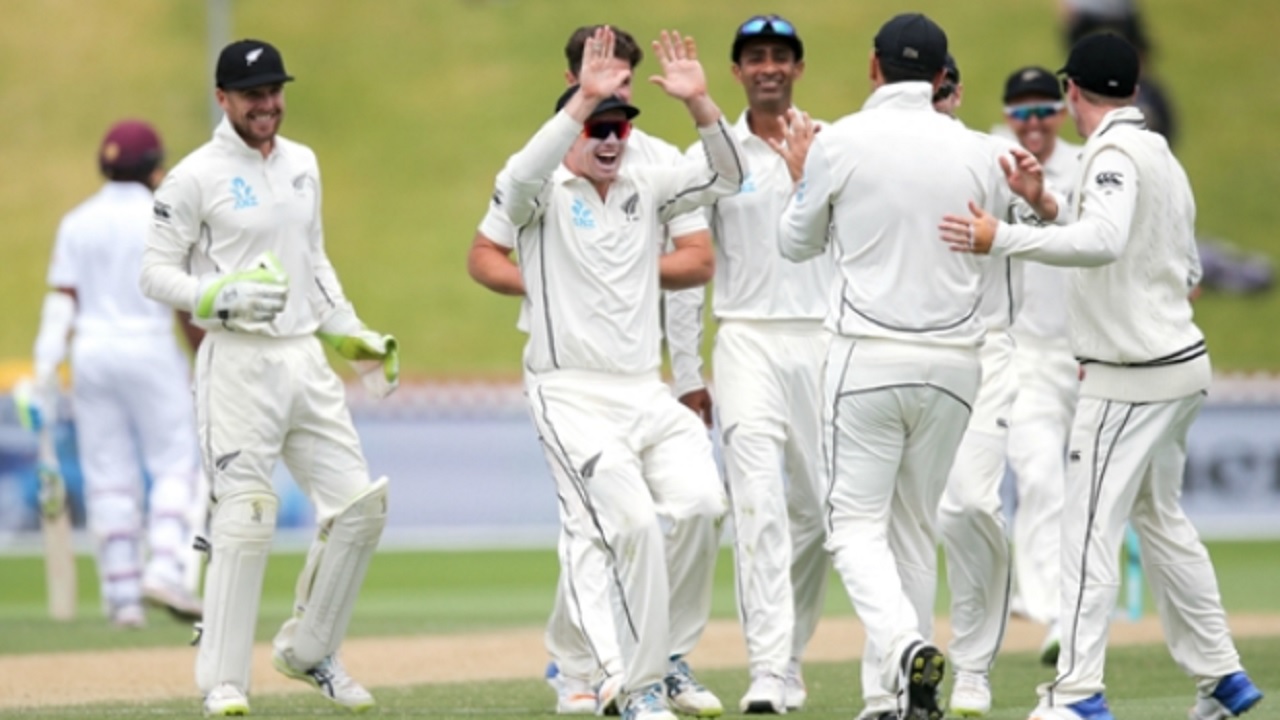 New Zealand celebrate their win over West Indies in the first Test in Wellington on Monday.

West Indies crumbled dramatically as New Zealand won the first Test by an innings and 67 runs on day four in Wellington.

The Windies lost eight wickets before tea in another disappointing collapse for the Caribbean tourists, who were dismissed for 319 on Monday.

It went downhill for West Indies when Brathwaite's resistance was broken during the morning session.

Brathwaite – who begun Monday on 79 – misjudged the pace of Santner's delivery to be trapped lbw in the 80th over following a successful review after New Zealand's appeals were initially turned down – falling nine runs short of a century.

That set West Indies' downfall into motion as Hope was the next to make his way back to the pavilion after a delivery from Boult drew an edge through to Kane Williamson.

Roston Chase (18) followed three overs later, his attempt to cut Henry's ball resulting in an inside-edge onto the stumps, leaving the Windies 286-5 at lunch.

It was a case of when not if for New Zealand, who cleaned up the final five wickets as debutant Sunil Ambris (18), Shane Dowrich (3), Kemar Roach (7), captain Jason Holder (7) – who was earlier dropped on two – and Miguel Cummins (14) fell cheaply.