Will In Charge, She's A Maneater and Bigdaddykool face off today 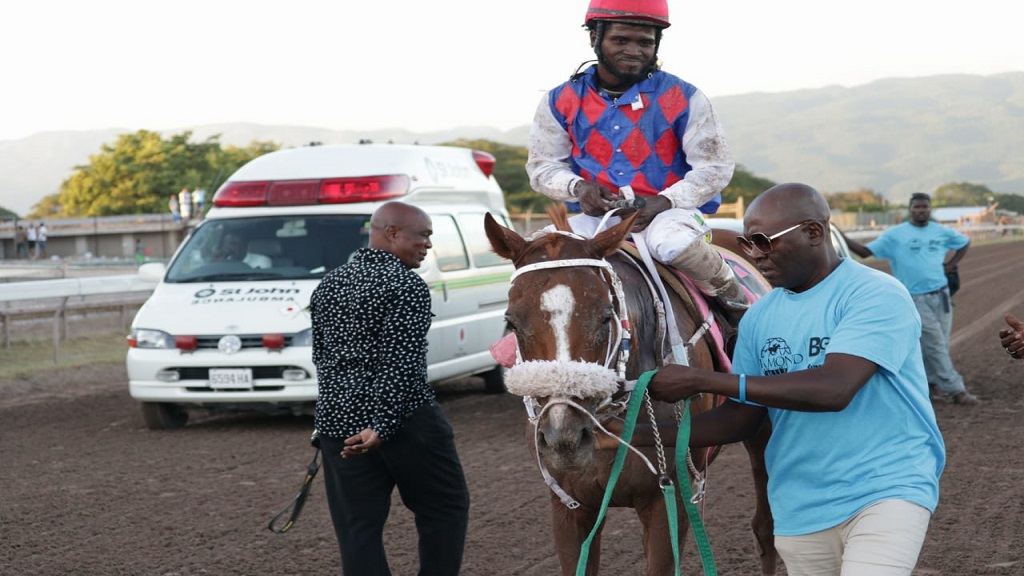 Jockey Robert Halledeen aboard Will In Charge.

Horse of the Year WILL IN CHARGE should start favourite to retain the Legal Light Trophy at Caymanas Park on Saturday, facing old foes SHE’S A MANEATER AND BIGDADDYKOOL at nine furlongs and 25 yards.

BIGDADDYKOOL, to be ridden by champion jockey Anthony Thomas, is out for the first time this season since beating topweight SHE’S A MANEATER in December’s Miracle Man Trophy with 120lb. However, both WILL IN CHARGE and SHE’S A MANEATER started their seasons early.

SHE’S A MANEATER wore down sprinter CHACE THE GREAT at seven and a half furlongs late March but was outsped at six furlongs in last month’s Lady Geeta Trophy, WILL IN CHARGE’s first outing, both failing to cope with the pace, which ANOTHER BULLET capitalised on from the foot of the scale.

Reverting to a more favourable distance, nine furlongs and 25 yards, WILL IN CHARGE with regular rider Robert Halledeen and SHE’S A MANEATER with six-time former champion jockey Omar Walker are better prepared than BIGDADDYKOOL, who could need another race to make him sharper.

WILL IN CHARGE’s game plan should be simple, set off in front and run rivals into the ground, just as he did last year when beating SHE’S A MANEATER for the first time in the Legal Light Trophy. His Gold Cup victory and narrow Superstakes loss, giving weight to SHE’S A MANEATER, followed by his Diamond Mile run, showed that he has improved immensely.