Wildfires tear across French island of Corsica and Greece 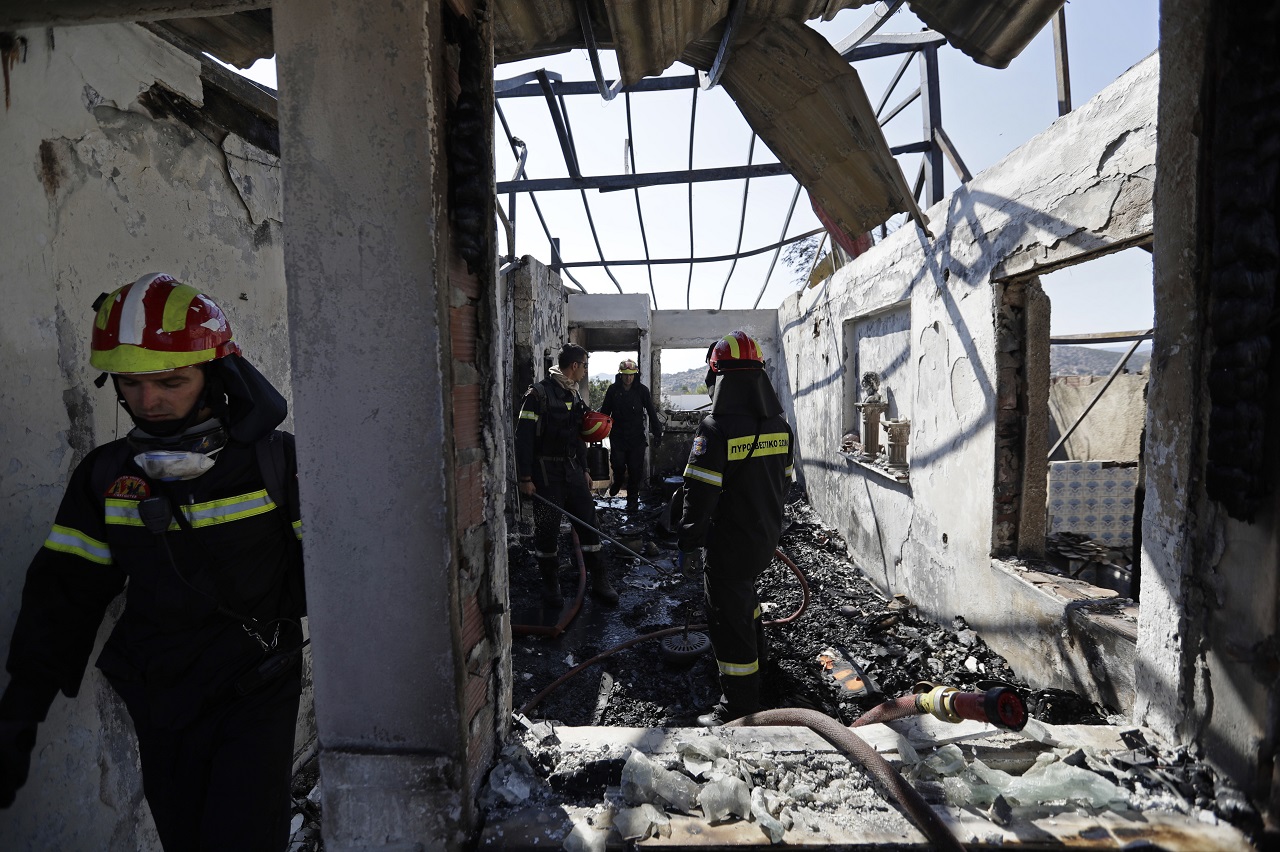 Firefighters work inside of a burned-out building during a wildfire near Kalyvia in Greece, Thursday Aug. 3, 2017.

Wildfires are threatening homes south of Athens and a famed hikers' route in Corsica as high winds and unusually hot weather hits many areas of Europe.

After ravaging northern Corsica, wildfires raged Thursday in the southern half of the French Mediterranean island, prompting some evacuations north of the regional capital of Ajaccio and on slopes of the hikers' route known as the GR20.

Planes and helicopters were involved in firefighting efforts Thursday around Palneca, a stop on the GR20 route where a blaze broke out Wednesday, according to the regional authority for southern Corsica. The efforts were complicated by the rocky terrain. Another fire in nearby Appietto broke out Wednesday but firefighters brought it under control.

Authorities put out warnings about soaring temperatures expected in Corsica and the southern French mainland, a crucial ingredient for wildfires.

In Greece, three firefighters have been hospitalized with burns and local authorities have issued an evacuation order for residents near a seaside town south of Athens as a wildfire fueled by high winds threatened homes.

About 100 people were told to evacuate near Kalyvia, 40 kilometers (25 miles) south of Athens, the local mayor's office said. The fire burned two cars and damaged a firetruck, they said. About 70 firefighters and volunteers were involved along with two water-dropping helicopters.

Winds up to 60 kilometers per hour (37 mph) were hampering the firefighting effort, while temperatures in the area reached 35 degrees Celsius (95 degrees Fahrenheit).